Former Chelsea forward Andre Schurrle has announced his retirement from football at the age of 29.

The former Mainz 05 player admitted that it was difficult for him to keep up to the high demand of the game.

He said his passion for the game keep going down and he struggled to convince his employers over the years. Schurrle was part of Chelsea's sqaud that won the premier league back in 2014, although he spent second half of the season on loan at Wolfsburg. 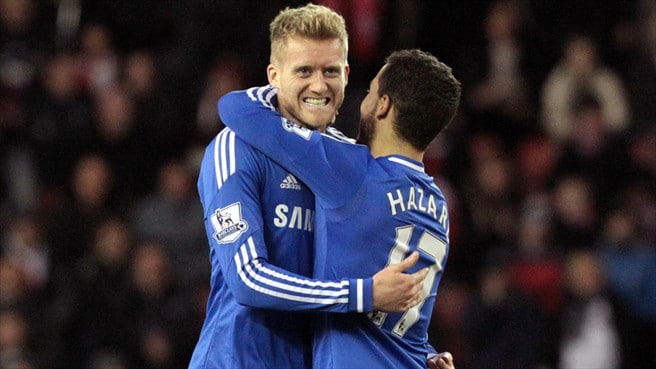 He then joined the club on a permanent deal the following season, but his his time at the club was marred by reoccurent injuries.

He then joined another Bundesliga side Borussia Dortmund, after a start to life at the club, he then suffered deep in form and was subsequently loaned to Fulham and Sparta Moscow in England and Russia respectively. "The decision has matured in me for a long time," he said in an interview with German newspaper Der Spiegel.

"I no longer need the applause. The depths became deeper and the highlights less and less. Although he spent just 11 years in the game, Schurrle would always be remembered for his in Germany's 2014 world cup winning team.