De Gea's Goal Error: Ole Gunner Solsqjaer is to be Blamed for it - (Opinion)

By Passcord (self media writer) | 2 years ago

Finally the 18 games unbeaten run of Manchester United has come to a disastrous end courtesy of Chelsea's 3:1 FA Cup defeat at Wembley. The Blues dominated the game more in the first half and early second half.

Giroud's opener, Mount's shot and Maguire's own goal could have been caught by the prime De Gea we knew but his disaster-class came forth again. De Gea's errors led to the 3 goals all scored and while everyone blame the Spanish Keeper for all those goals, I blame Ole Gunner Solsqjaer more for the errors Romero has been not just Manchester United second keep but also being used during the FA Cup, Europa League and other minor games different from Premier league and he's been performing wonderfully well all through those games, why would Ole keep him on the bench? Why start De Gea ahead of him?

Trust me, if Romero was on the goal post, those errors he had today wouldn't have happened.

I'm not trying to be superstitious here but believe you me, Romero was justified today that it isn't good to be unfair to someone especially what's someone's right.

Romero played in Manchester United 5 games and conceived just one goal while De Gea conceived 3 in just one match. If it were to be Mourinho, Romero would have started that game like he did when Manchester United won Europa league. He had Romero in all the games until the final and the Cup was won.

I blame no other but Ole Gunner Solsqjaer for keeping fielding De Gea instead of Romero. 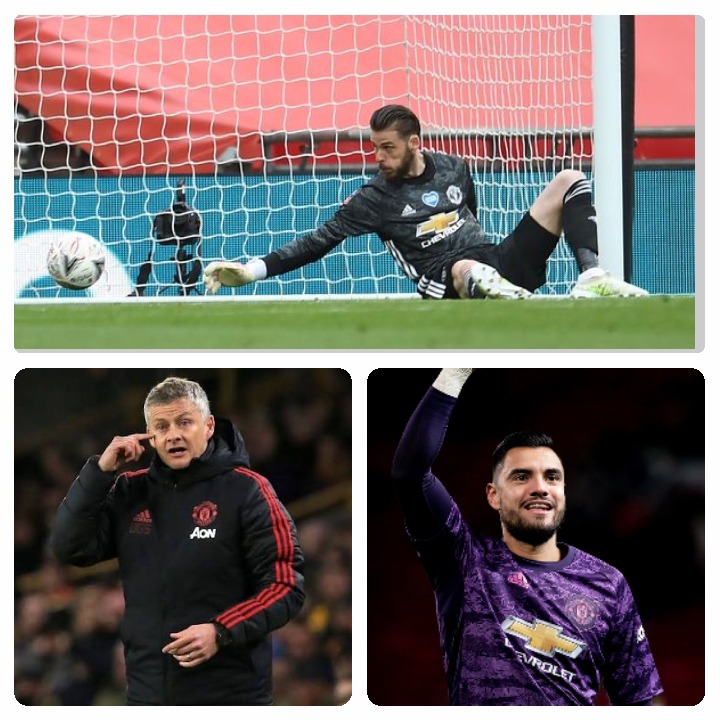 What's your thoughts on this ?