How many Arsenal players have won the Premier league golden boot award?, Let's find out

Arsenal football club has seen a host of deadly strikers come and go. Popular opinion shows that arsenal has been the most successful when it comes to the signing of world class strikers.

But how many of those strikers have won the premier league golden boot?. Let's find out. 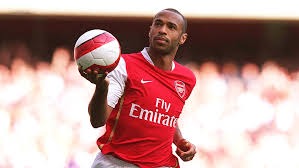 Some Arsenal fans might remember him for his memorable betrayal in 2012 when he joined Manchester United, but the Flying Dutchman was one of the best strikers to have graced the club. During the 2011/12 season, the striker netted 30 times for Arsenal to claim the award. Aubamayang came into the premier league with a bang and has not disappointed ever since. Although the Gabonesse striker had to share the award with Liverpool strikers, Mohammed Salah and Sadio Mane, he scored 22 goals in his first full season with Arsenal.

Arsenal might be a hotbed of amazing strikers but these three strikers are the only Arsenal players that have won the premier league golden boot award.

Let me hear your thoughts you in the comments.