Lionel Messi could leave Barcelona for any of his suitors when his contract expires by midnight. 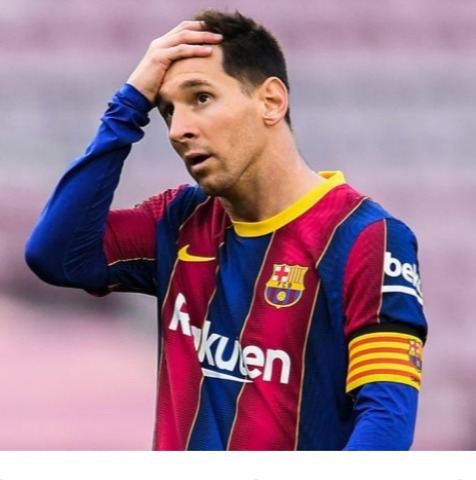 The 34-year-old has yet to sign a new contract with the Catalan club despite their new President, Juan Laporta making it a top priority since reclaiming the reins on 7 March 2021, when he secured 54% of votes in an election also involving Víctor Font and Toni Freixa.

The Argentine captain who almost left Camp Nou last summer, will finally leave the club after midnight if the contractual hiccups are not cleared before then.

Messi, who is currently campaigning in Copa America with Argentina, has spent his entire professional career at Barcelona, scoring 474 goals in 520 appearances since coming through their ranks in 2004.

He spent his earlier youth career at Grandoli Newell's Old Boys before joining Barcelona at age 13, with his family relocating to the Spanish City from Argentina. He began playing for FC Barcelona's under-14 team. He scored 21 goals in 14 games for the junior team, and he quickly graduated through the higher-level teams until at age 16 he was given his informal debut with FC Barcelona in a friendly match.

Messi achieved prominence at Barcelona and has also helped them become one of the most respected clubs in the world. He has bagged a slew of individual awards and titles with the club, including 10 La Liga, seven Copa del Rey, seven Supercopa de España, four UEFA Champions League, three UEFA Super Cup and three FIFA Club World Cup.