By Openews (self media writer) | 9 months ago 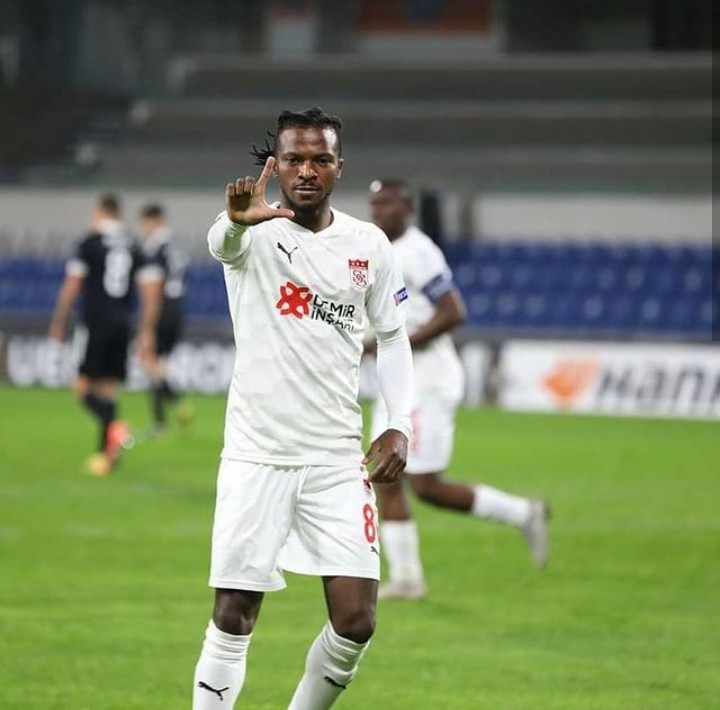 Super Eagles of Nigeria striker Olanrewaju Kayode was the hero again for Riza Calimbay led Sivasspor football club of Turkey on Friday evening, as he came from the bench to score and guide the team to a 3-2 comeback victory over Genclerbirligi FC, in the week 33 of the Turkish Super Lig. 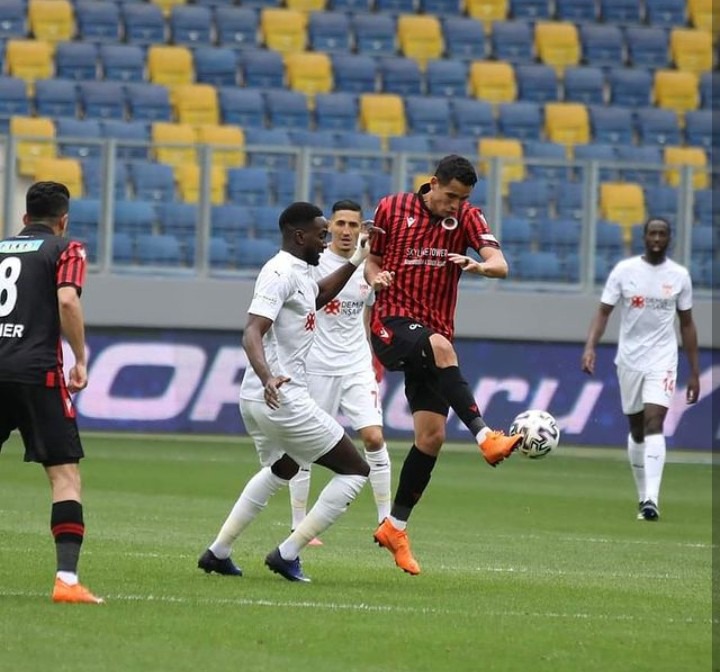 The former Manchester City football club of England star was dropped to the bench again by coach Riza Calimbay, as he continues to return to the best form, and he was able to impress, as he came from the bench for the third consecutive times to inspire Sivasspor football club to deserve victory.

Kayode came from the bench against Konyaspor FC to net the winning goal, and he also provided two great assists after coming in against Antalyaspor FC on 7th of April, before doing the same thing today against Genclerbirligi FC.

The Nigerian international was brought in, in the early minutes of the second half to replace Mustapha Yatabare, and he was able to make impact, as he scored a fine goal to guide his team to a deserved comeback victory. 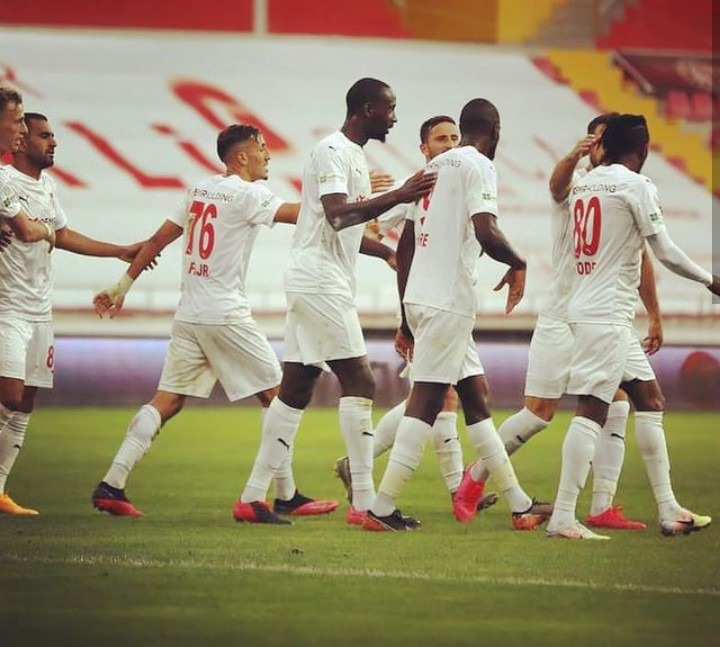 Diego Angelo opened scoring for the home team in the 25th minutes, before Mattias Johansson doubled the lead in the 37th minutes, to end the first half 2-0.

Sivasspor football club fought back through Jorge Felix in the 78th minutes, and Olanrewaju Kayode equalized in the 83rd minutes, before Pierre-Yves Polomat scored an own goal in the 90th minutes, to give the visitors the maximum three points. 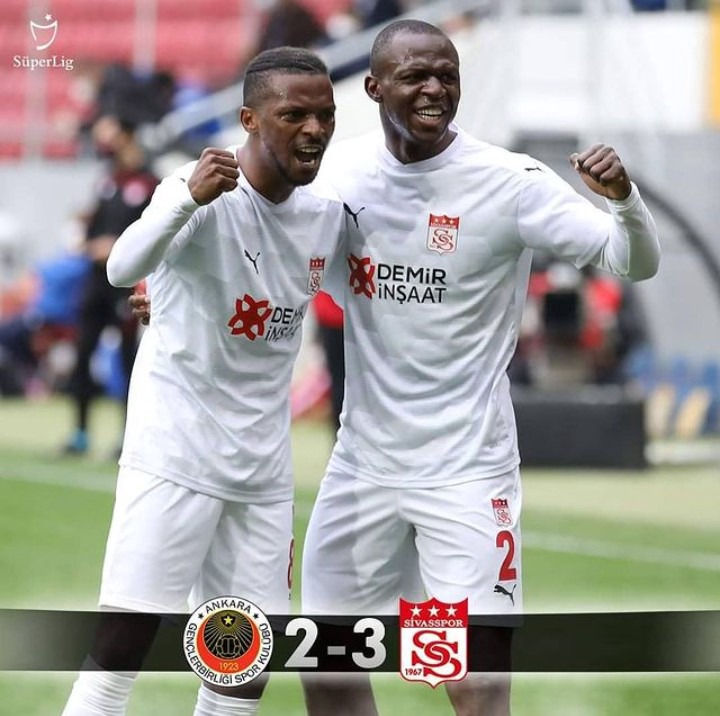 Olanrewaju Kayode was exceptional for the away team after being introduced in the second half, and he was able to impress by guiding the team to a deserved comeback victory.

The 3-2 comeback victory over Genclerbirligi FC has now taken Riza Calimbay led Sivasspor football club to the 7th spot of the Turkey Super Lig table, with 50 points from 33 matches played.