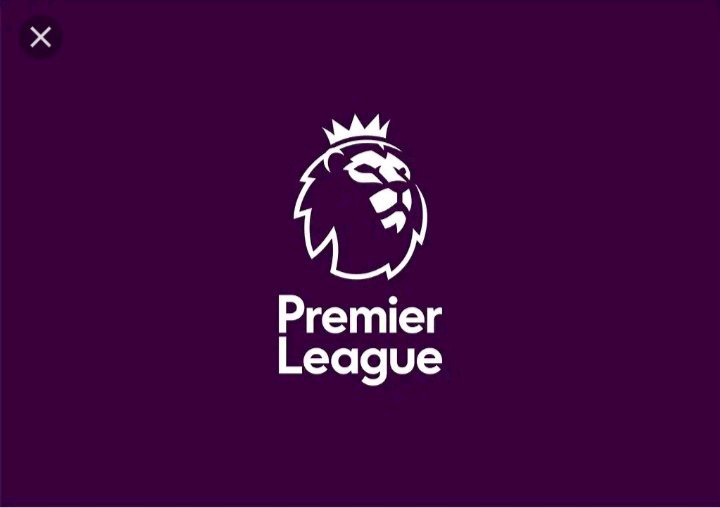 The EPL matchday 9 commences on Saturday and with many mouthwatering matches to be played. The biggest of those is the clash between Manchester United and Liverpool.

Apart from that, players such as Cristiano Ronaldo, Mohamed Salah, Roberto Firmino, and Jamie Vardy would be seeking to add to their already impressive goal tallies for the season. The likes of Michail Antonio and Paul Pogba would also be looking to increase their assist tallies on matchday 9. 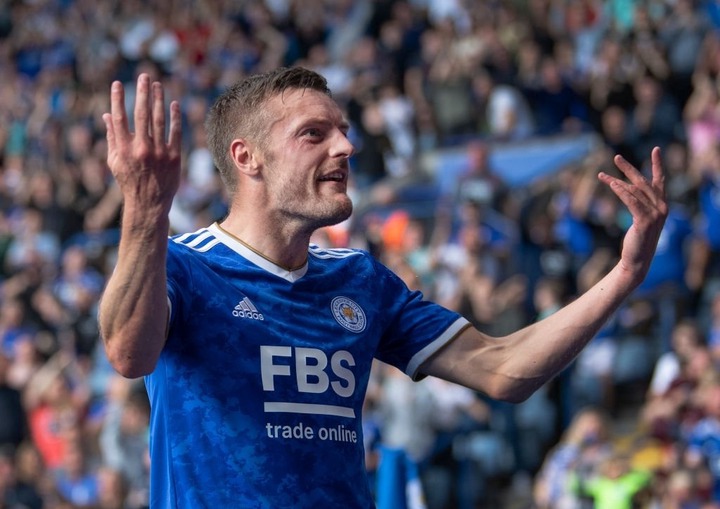 Currently, Jamie Vardy and Mohamed Salah are tied on seven goals for the season. Both players have been impressive this season and both of them were on the score sheet for their respective clubs on matchday 8. Mohamed Salah would be looking to help his team beat Manchester United on Sunday while Jamie Vardy's Leicester City would be coming up against Brentford. 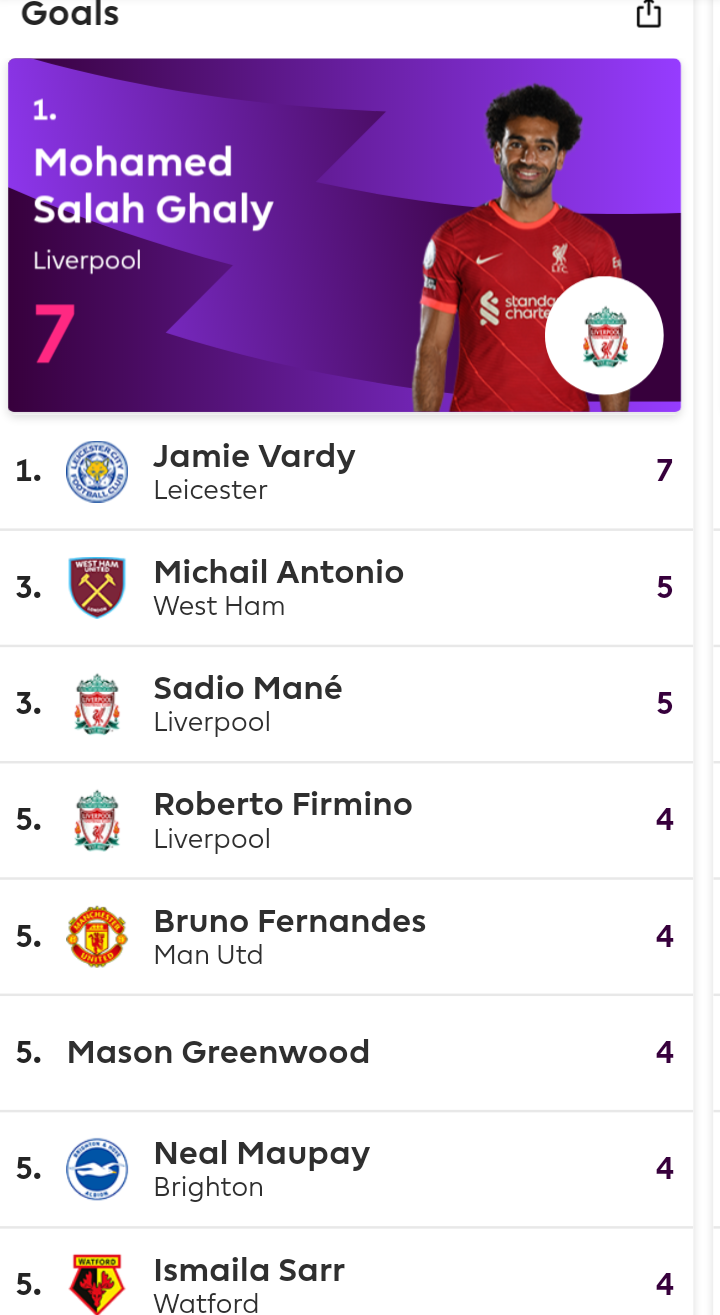 The likes of Mason Greenwood, who scored on matchday 8, Bruno Fernandes of Manchester United, Neal Maupay of Brighton and Hove Albion, Ismaila Sarr of Watford, and Roberto Firmino of Liverpool have all got four goals to their names this season. 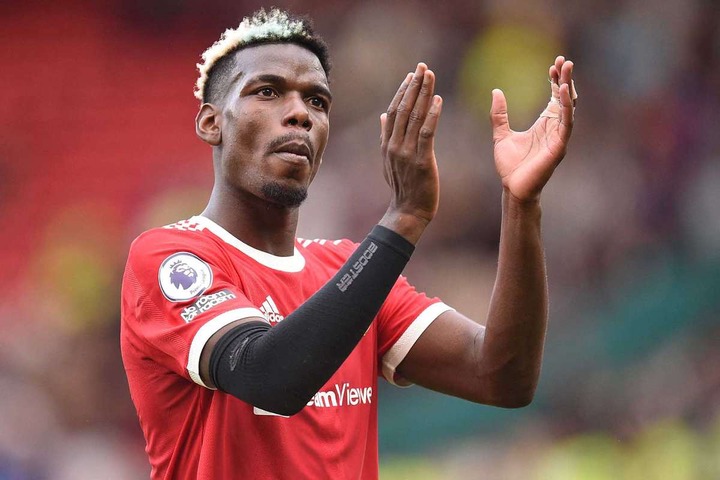 On the assists chart, Paul Pogba of Manchester United leads the way with seven assists to his name this season. He has been going through some sort of drought lately as he hasn't provided an assist in about four league matches.

The French star is followed by Liverpool's in-form attacker Mohamed Salah. The Egyptian has recorded four assists this season. He is tied on four assists with the likes of Gabriel Jesus of Manchester City and Abdoulaye Doucoure of Everton. 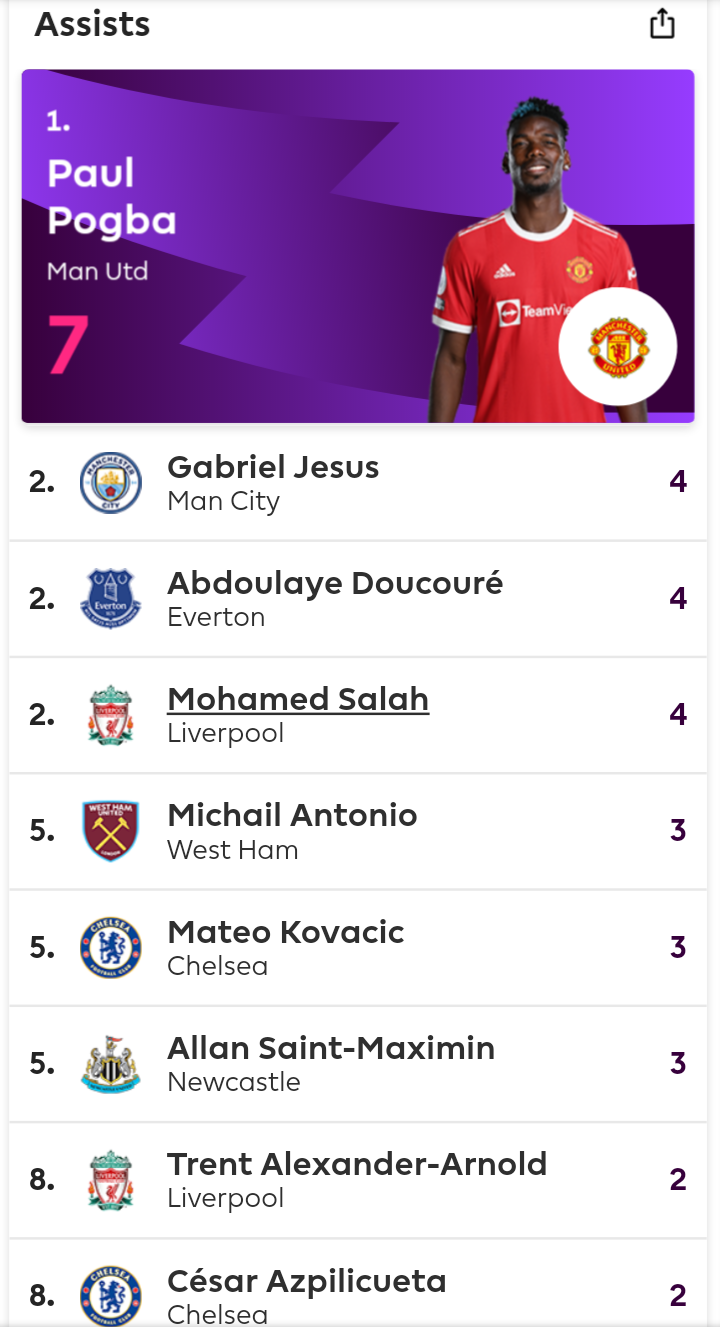