James Ellsworth had a memorable run in WWE between 2016 and 2018. Ellsworth's WWE run started with him as an enhancement talent against Braun Strowman. After being signed to a WWE contract, he was a part of a memorable storyline between AJ Styles and Dean Ambrose. During this time, Ellsworth even had a match for the WWE Championship against AJ Styles. He later went on to manage Carmella before he was 'fired' by then-GM of SmackDown, Paige. 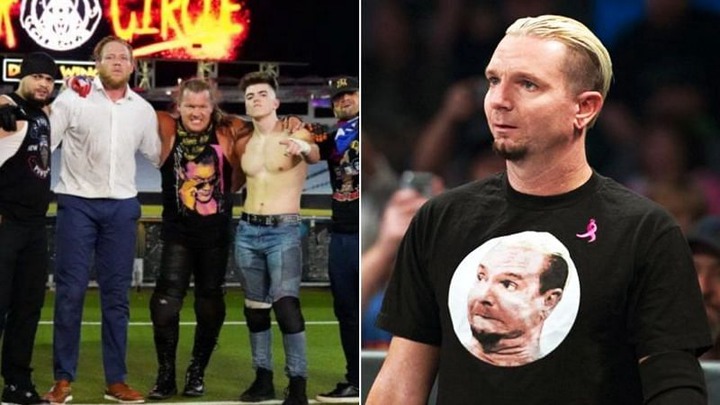 Former WWE Superstar James Ellsworth sat down for an interview with Michael Morales Torres of Lucha Libre Online recently. During the interview, Ellsworth revealed how Chris Jericho, who is currently signed to AEW, was a big supporter of his backstage in WWE. Ellsworth revealed how Jericho pushed for him with writers and had a role in him being signed to a WWE contract. He said that he was still in touch with Chris Jericho and was still thankful for how Jericho helped him get signed by WWE:

Yeah, absolutely. Like I said, Vince McMahon saw something in me right away, but Chris really push for me. He got me on Talk is Jericho. He told me a few times that he called the writers and Dave Kapoor, great writer there, and said man, you guys want to hire this guy, he's got something and at the end of the day was Vince’s call, but Jericho definitely helped me up a bunch and you know, I'm still friends with Chris to this day. Every now and then I'll text him and I owe him a lot. He really pushed for me and helped me and I'm just so grateful for him. Absolutely.

James Ellsworth has competed in the independent circuit since his release from WWE. He has recently been competing in GTS Wrestling where he is a two-time Tag Team Champion. Ellsworth also spoke about his intention of returning to WWE someday during his interview with Lucha Libre Online. You can check that out