CPV vs NIG: In The Absence Of Ndidi & Etebo, Look How Rohr Should Set Up Nigeria's Midfield

The super eagles of Nigeria face a very tough test today as the travel to Cape Verde for their second world cup qualifying game, having won Liberia in their first game they will be looking to secure another victory but doing that becomes very complicated after eight players were excused from the Super Eagles camp. 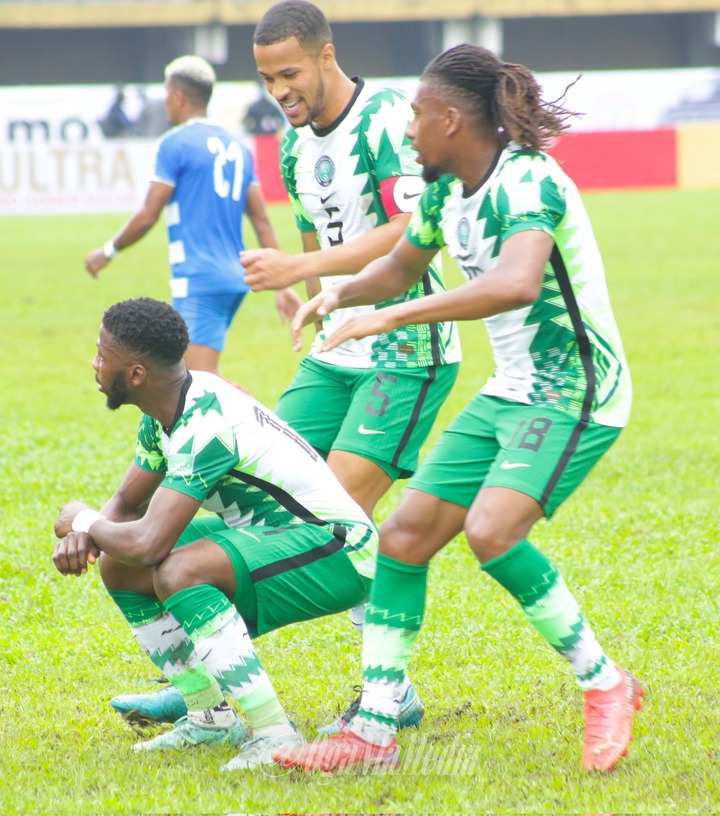 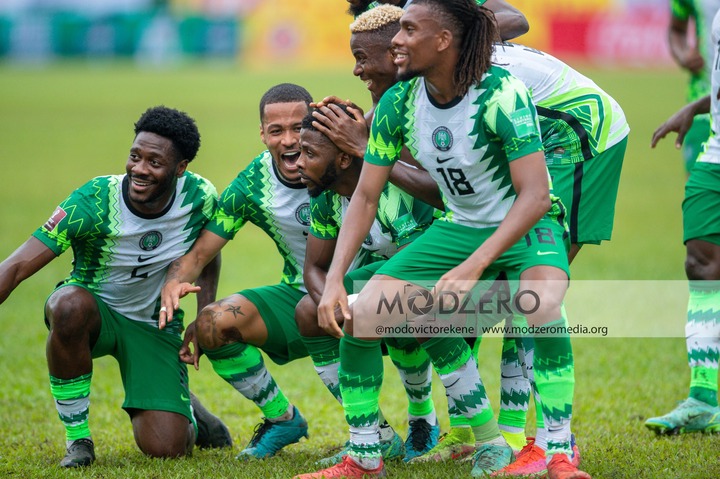 Kelechi Iheanacho, Alex Iwobi, Wilfred Ndidi, Ola Aina, Oghenekaro Etebo, Troost-Ekong, Leon Balogun and Joe Aribo have all been excused from the super eagles camp this was done in a bid to give them enough time to isolate and still feature for their UK based clubs over the weekend.

In the absence of the excused eight players the Nigerian team is looking weak, six of the players that left started the game against Liberia, also there are only three midfielders left in the 21 man squad, and none of them started the 2-0 victory over Liberia. 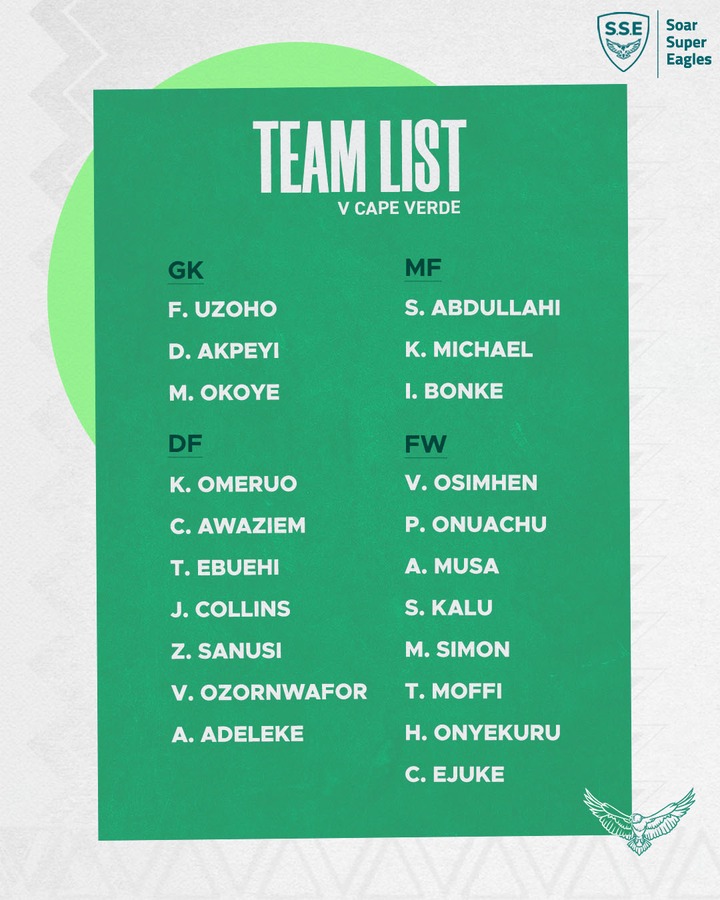 In the Liberia game, Gernot Rohr went with a 4-4-2 formation, which means a four man midfield with two of them serving as wide midfielders, they could also act as wingers. 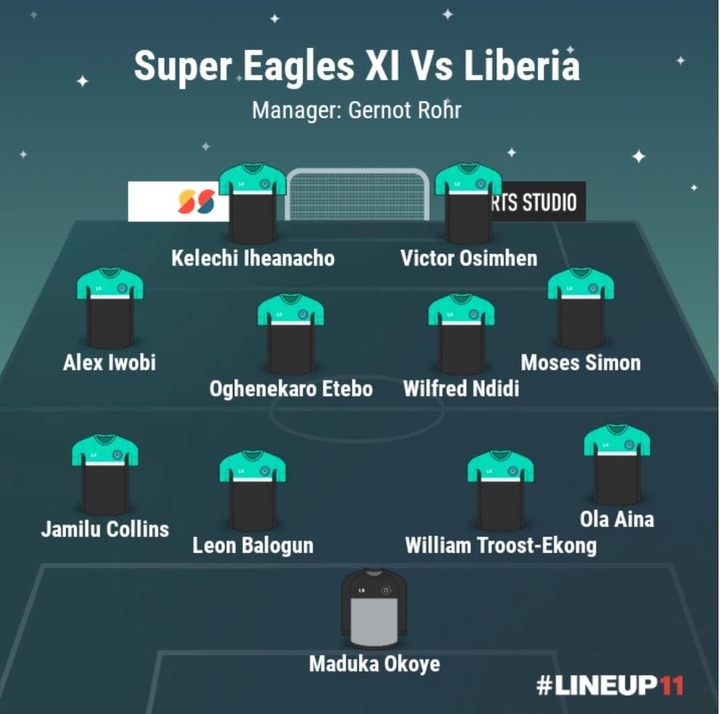 The question that needs answering now is how will the German tactician setup his midfield against Cape Verde, he currently has only three recognized midfielders, well he can always use any of his wingers to play the left and right midfield positions.

Here are two possible ways Gernot Rohr might set up the Nigeria midfield in the absence of Ndidi, Etebo and Iwobi. 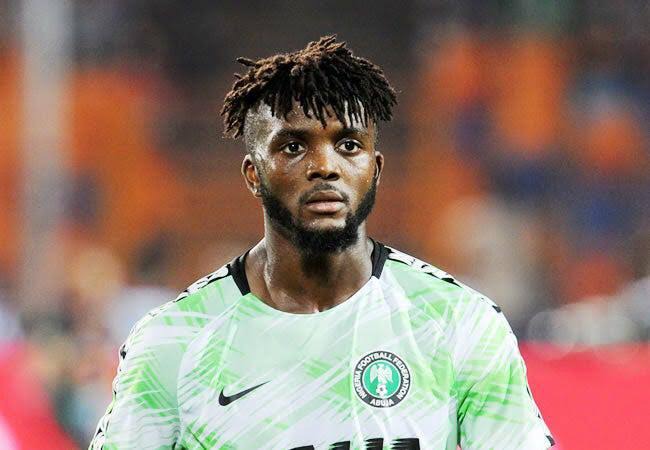 Here Gernot Rohr should go with a 4-man midfield, in the previous game Ndidi, Etebo, Moses and Iwobi made up the 4-man midfield, going into the game against Cape Verde and Etebo paired with Ndidi in central midfield their spots should be taken by Michael Kingsley and Bonke.

The wide midfielders will be Moses Simon and Henry Onyekeru. 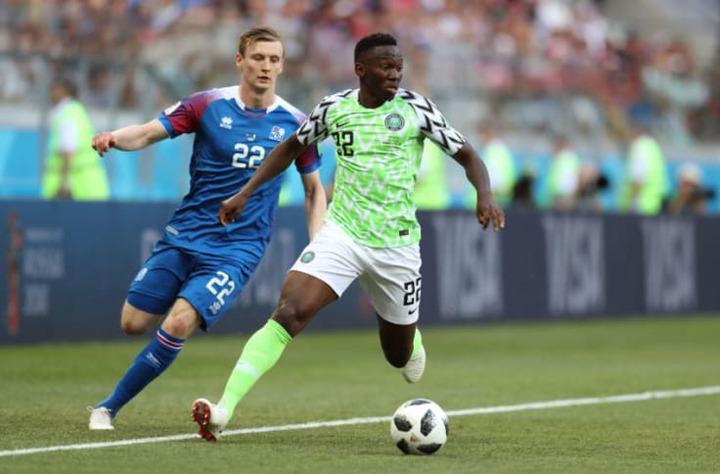 Here Rohr should go with a 4:3:3 formation, that will see the super eagles switch to a 3-man midfield, Bonke and Michael Kingsley will once again Man the central midfield while Ahmed Musa plays in the attacking midfield role, his pace will definitely cause Cape Verde all sorts of troubles.

It's a make shift midfield but hopefully the boys can get the job done.

what are your thoughts about this potential midfield? 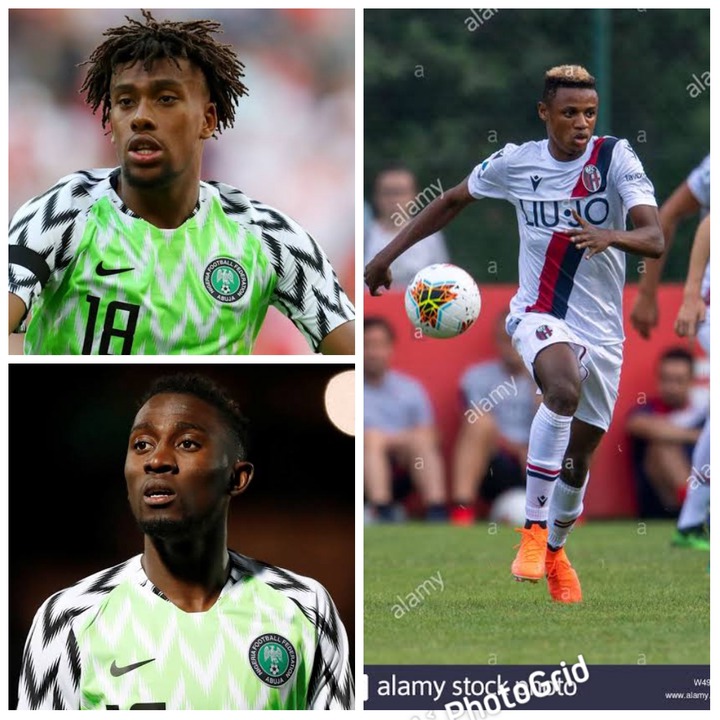