The Controversial Referee Decision Against Bonucci That Contributed To Italy's Defeat

By Lifehub1 (self media writer) | 1 year ago

The UFEA Nations League was in action today as Spain traveled to lock horns with Mancini's Italy at the San Diego stadium. Spain cruised to a 2:1 win over the European champions, Italy to progress to the UFEA Nations league final. 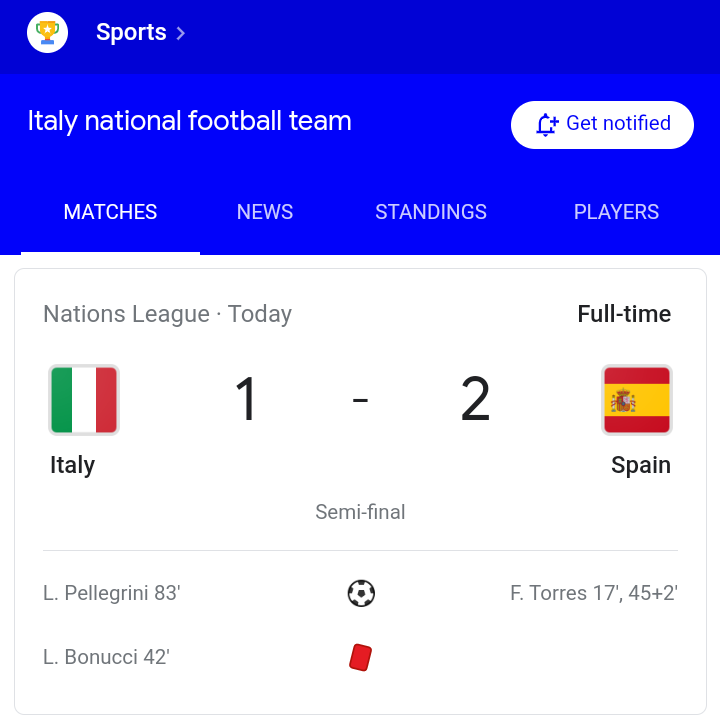 Two goals from the Manchester City forward, Ferran Torres secured the win for Spain in the first 45th minute of the match. Italy got a consolidation goal at the 83rd minute of the second half after been reduced to 10 men. 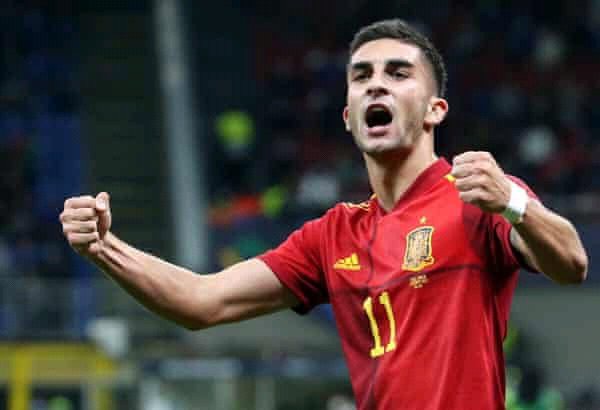 The most eye-catching moment of the match was when the Russian referee made a controversial decision in the 42nd minute of the first half which ruined the match for Italy. 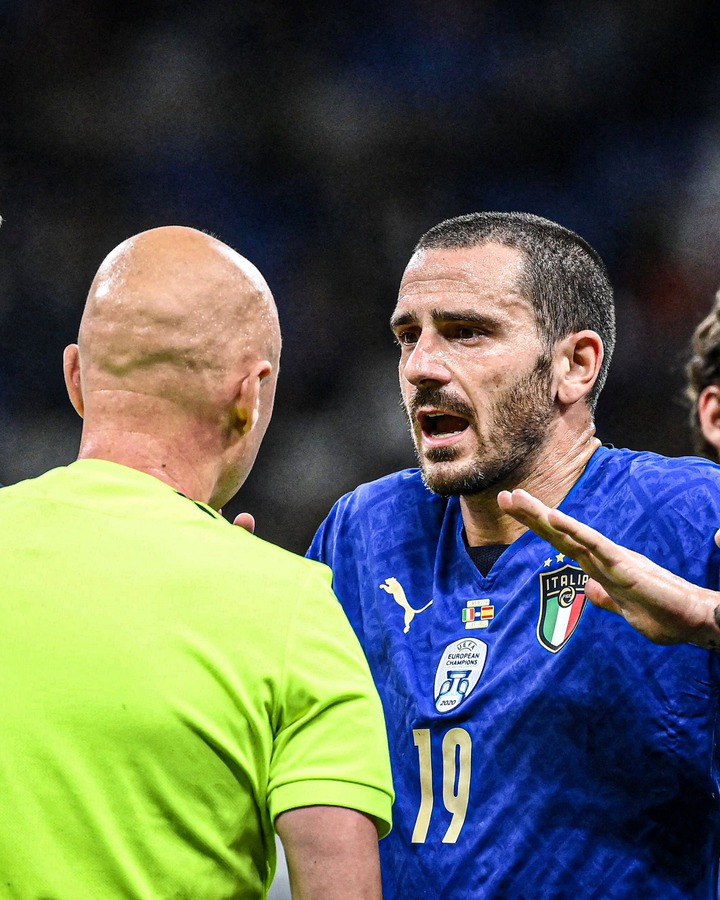 Italy's captain was sent off after a rough challenge on Spain's Sergio BBusquetsafter going on an aerial duel. The Russian referee showed him the second yellow card after his first yellow at the 30th minute of the match, which sent him off the pitch. 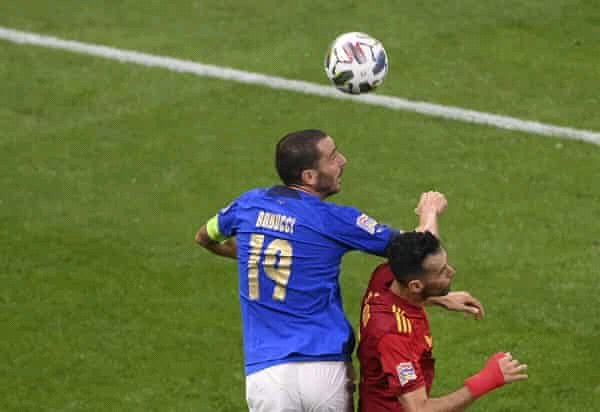 In my opinion, the Referee made a controversial decision sending Bonucci off in the first half as a serious warning would have been better. Most fans believed the challenge on Sergio Busquets was a soft one and didn't deserve a yellow card especially when the Referee knew he has been booked already. 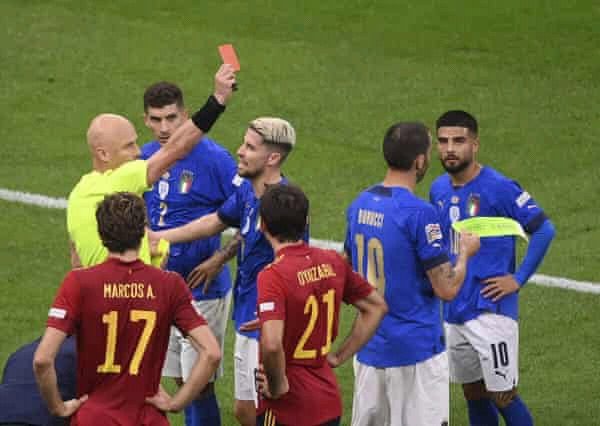 Taking you back in the English Premier League match between Liverpool and Manchester City, Liverpool's Miner fouled Bernardo Silva but was pardoned because he has been booked already. It should have been applied in today's match as the controversial decision contributed to Italy's defeat in the UFEA Nations Cup.

Also, a VAR check could have overturned the Referee's decision as Italy might have defeated Spain if not for the red card decision made by the Russian referee. Use the comment section to share your opinions.