By SportSire (self media writer) | 3 months ago

Apparently, Ole Gunnar Solskjær is currently under fire at Manchester United, as the club's board may sack him before their next Premier League game against Tottenham. Of course, there are many managers who have been seen as the Norwegian gaffer's possible replacements. However, the club hasn't made any decisions about the coach's future. Meanwhile, there is a particular coach who could replace Ole Gunnar Solskjær temporarily, if Manchester United decide to sack him. Of course, it's just going to be a temporary take-over, so the club will have enough time to search for the ideal manager, who is able to bring back their lost glory in Europe's top-5 leagues.

At the moment, Manchester United cannot get their hands on Antonio Conte or Zinedine Zidane, as it will require some processes before they sign them. As a result, Darren Fletcher will be the one to replace the Norwegian manager temporarily, if the club sacks him before their next game against Tottenham on Saturday. Darren Fletcher is currently the Red Devils Technical Director, and he's their former player who spent the majority of his playing career at Old Trafford. He mostly played as a central midfielder, but began his career as a right winger and also featured occasionally in defence.

Being the Technical Director, he was the main person behind the signing of Cristiano Ronaldo, Jadon Sancho and Raphael Varane during the summer's transfer window. That being said, he should be able to perform amazingly and bring the best out of the players, because he has already managed the Youth Team before. 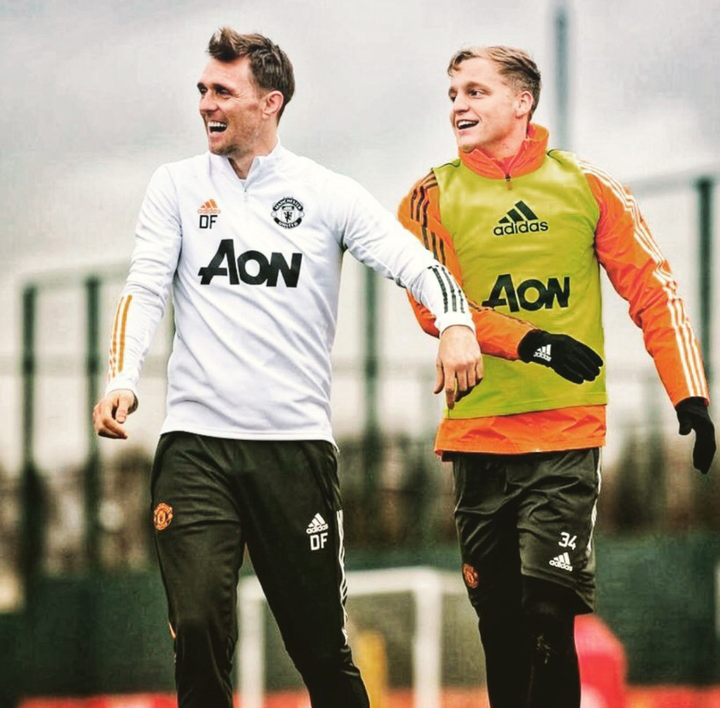 In October 2020, Fletcher returned to Manchester United to coach their U-16 players, which he did well with his performances. In January 2021, he was called to Ole Gunnar Solskjær's first-team coaching staff and became the technical director at Manchester United in March 2021. So in order not to make any hasty decision, Darren could be the one to temporarily replace the Norwegian gaffer at Manchester United. Obviously, both Antonio Conte and Zinedine Zidane are available at the moment, but bringing them to Old Trafford will take some time. With that being said, Darren Fletcher could be the next coach for the Red Devils, as the club is currently deliberating on Ole Gunnar Solskjær's future.