Meet some of the shortest players in football history (See photos)

By Sanyaoluoluwaseunisaac (self media writer) | 1 year ago

Football is one of the most popular sports in the world. And in this article, we’ll let you know about the top 10 shortest soccer players in the world who, with their not much height, have proved themselves as among the best footballers in the world. So here’s a glimpse of these players, with no fear and no hesitation of playing the game. Take a look and enjoy browsing! 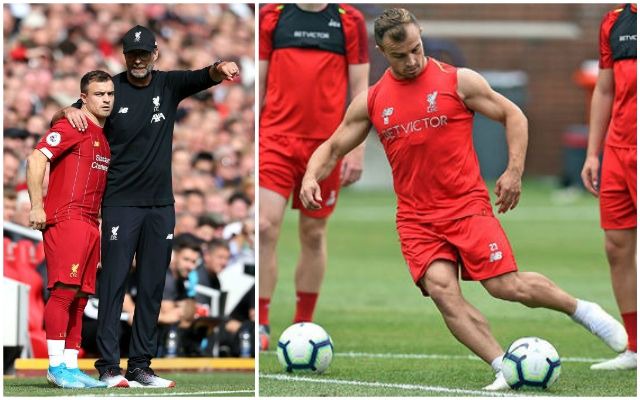 Xherdan Shaqiri is a Swiss professional footballer who plays as a winger for Championship club Stoke City and the Swiss national team, the attacker stands at 169 cm (5 feet and 5 inches)

Juan Mata made a name for himself in the Premier League through his remarkable playmaking abilities. He was a brilliant player in the Chelsea ranks, forming a dangerous partnership with Eden Hazard on the offensive end. 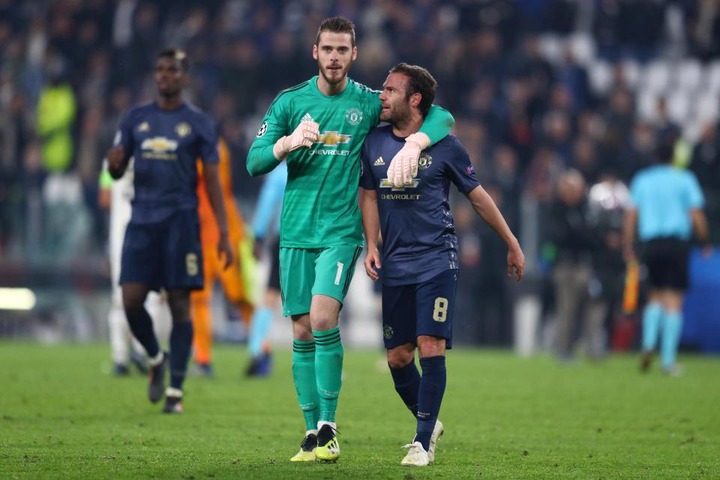 Unfortunately, for the Spaniard, he has struggled to carry over that form to the United. Mata has still been a loyal servant of the club and a decent performer for the 5 years. He has signed a new two-year extension with the club in June 2019.

Mata also has 41 senior caps for his country and 10 international goals to his name. Keeping him on for the near future is a good move by Ole Gunnar Solskjaer as it helps smooth things over in the attacking front. Without Mata or Paul Pogba, United really lack a creative touch in the final third.

At five and a half feet tall, Lucas Torreira would never have been considered for a midfield enforcer role in the pre-modern Premier League. 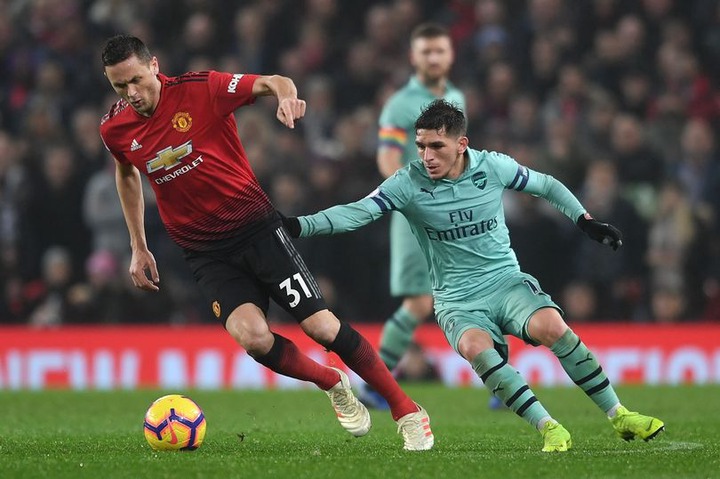 Since then, the likes of Kante and Claude Makelele have opened up new opportunities, making it somewhat fashionable for teams to have a diminutive destroyer in the middle of the park.

​Arsenal have certainly profited from the change in attitude, Torreira's consistency and doggedness dragging them through some tough matches following his arrival in 2018. 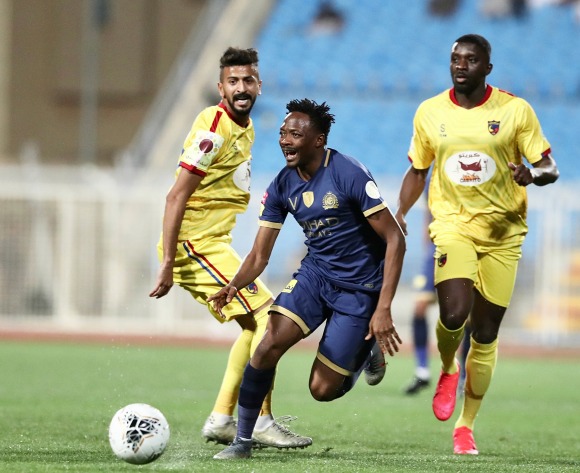 Ahmed Musa is a Nigerian professional footballer who plays as a forward for English team Leicester City, and the Nigeria national team. The pacy forward stands at 1.7m (5 feet and 6 inches).

Daniel James was Manchester United’s first signing of the 2019 summer window. United shelled out £15m to acquire him from Swansea City. 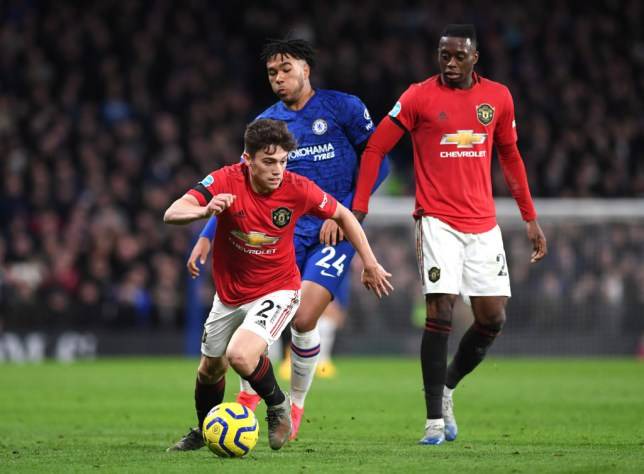 The Red Devils supporters were ecstatic to welcome this young winger into the club. James enjoyed a standout season in the Championship, catching a few headlines with his performances against rival, Manchester City in the League Cup.

James is 5 feet 7 inches tall like his predecessors on this list and his best trait is his speed. The 21-year-old uses his pace to dictate his effectiveness on the pitch. James can run rings around opposition defenders if he catches them on the counter.

Overall, he is a brilliant signing who can really develop into a quality player for United.

Pedro is one of the Chelsea FC shortest players on my list, standing at 1.67m (5 ft 6 in), Pedro is surprisingly strong. You don’t often see him getting bullied by bigger opposition players. 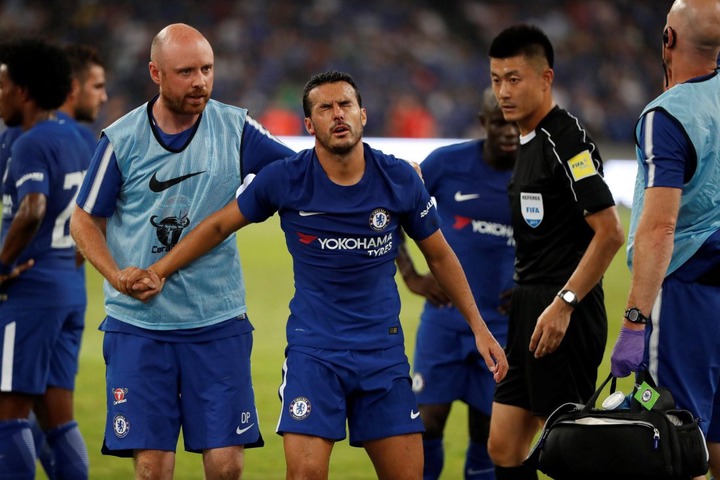 It’s a surprise though that Pedro is shorter than N’Golo Kante. Pedro has had a good season with Chelsea FC this season and has his best goal return ever in a Chelsea shirt. However, he could be on his way out next season depending on what happens over the summer due to his age.

Pedro has a low centre of gravity due to his small height which allows him to twist and turn with the ball at his feet.

I was actually very surprised to learn that N’Golo Kante is not Chelsea’s shortest player. He looks tiny compared to some players, especially the defenders like Jorginho and Antonio Rudiger.

Standing at 1.68m tall (5 ft 6 1/2 in) he is smaller than average bu this short height allows him to tackle defenders from the blind side without being seen. He also can adjust his body and legs so quickly to allow him to tackle or intercept. 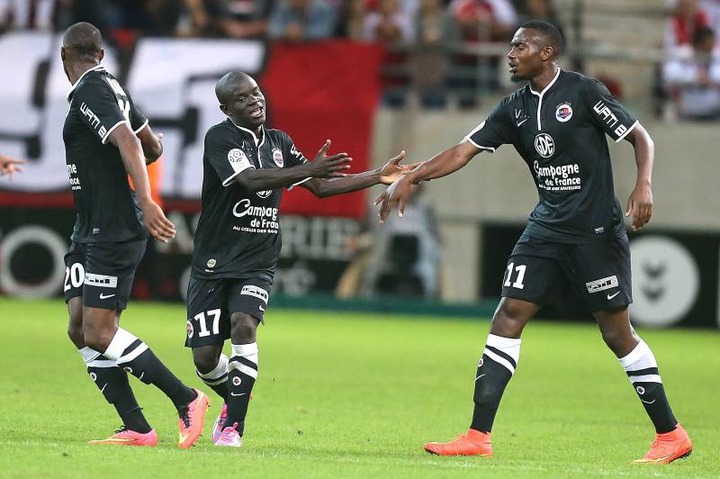 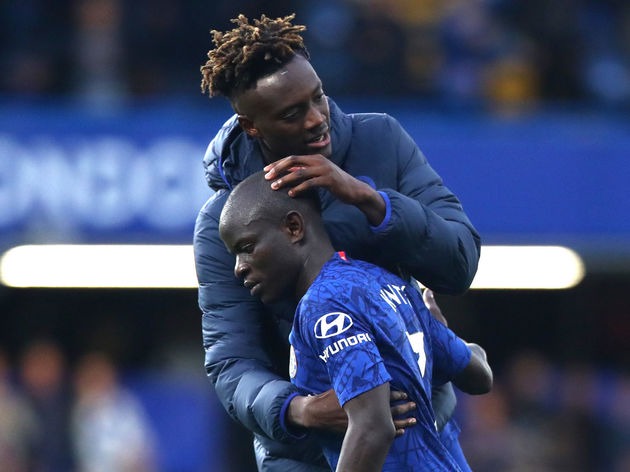 Kante must be the best small footballer in the world right now (excluding Lionel Messi of course).

Gilmour has been called old-school, demonstrating all the traits of an all-round central midfielder. He can play in the central pivot, intercept passes, tackle opposition players and at the same time, create plays, deliver key passes and stretch the pitch for his team. The 18-year-old follows old tapes of Cesc Fabregas religiously and the effort clearly shows on the field. 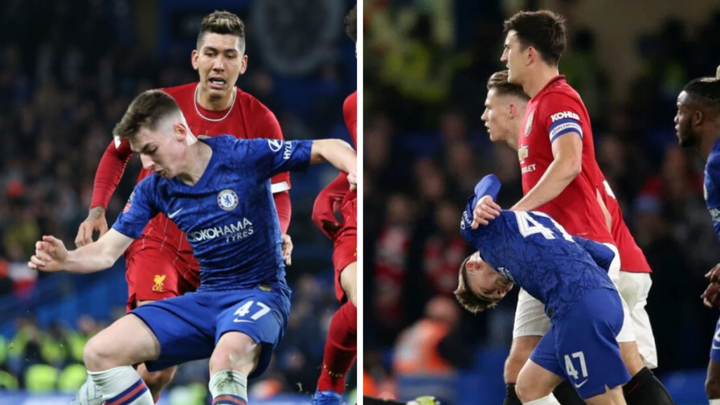 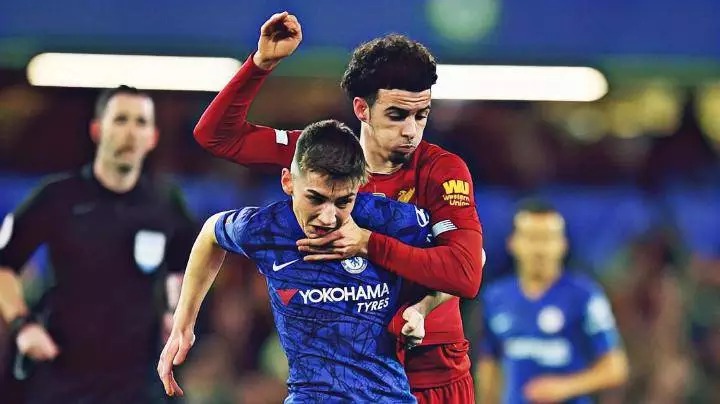 He is viewed as the next generation of top talents at Stamford Bridge, one who can lead the team for years to come under Frank Lampard.

The best Italian midfielder in the world today, Marco Verratti has been hailed as Andrea Pirlo’s heir in the Italian national team by some. 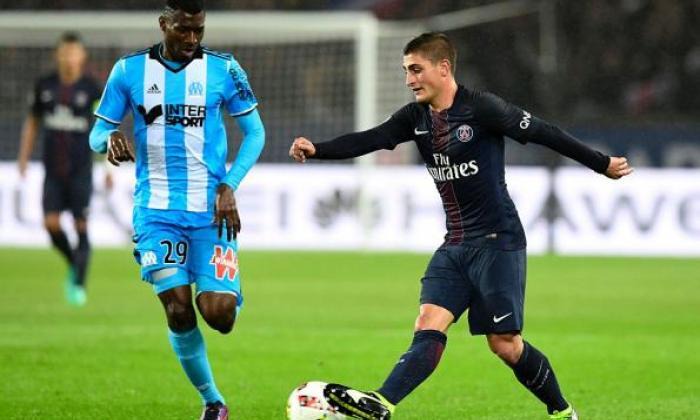 A brilliant passer of the ball, with great vision and technique, and unlike Pirlo, he doesn’t mind running around a bit too. With his height of 165 cm, he is placed exactly in the middle of our list.

With a height of 169 cm, Alexis played for one of the richest soccer clubs Manchester United before going on loan to Inter Milan. He is amazing at what he does and is a successful footballer as of now. 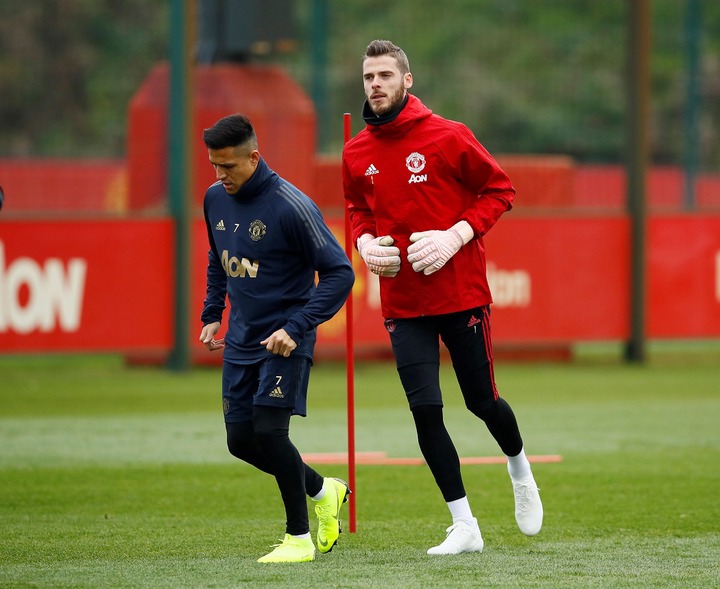 Alexis Sanchez is notorious for using his height to his advantage. The Chilean is only 5 feet 7 inches tall, which plays perfectly into his style of play. He is an astute dribbler, a major part of which can be credited to his speed, agility and balance, sourced around his small compact stature.

He joined the Spanish giants Barcelona in 2011 and became the shortest soccer player in La Liga. His low centre of gravity enables him to move gracefully with seamless ease. 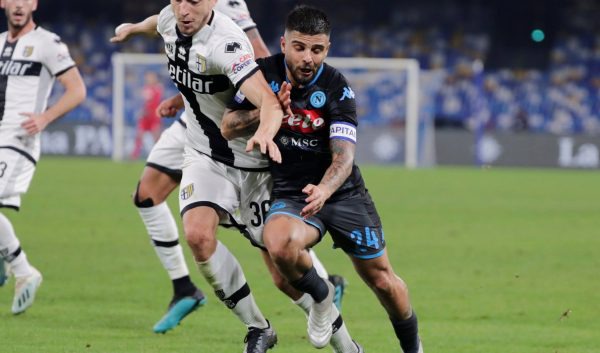 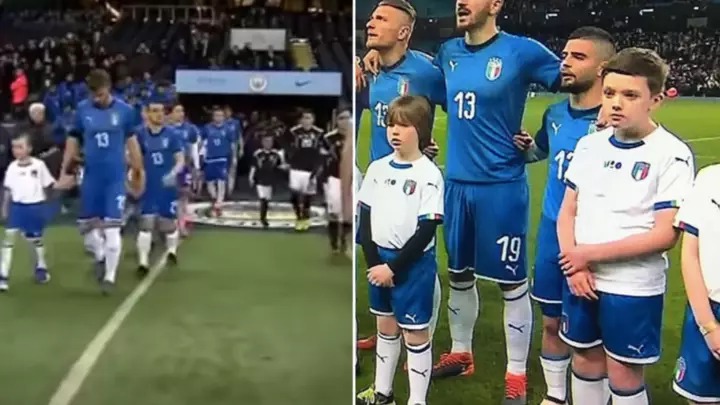 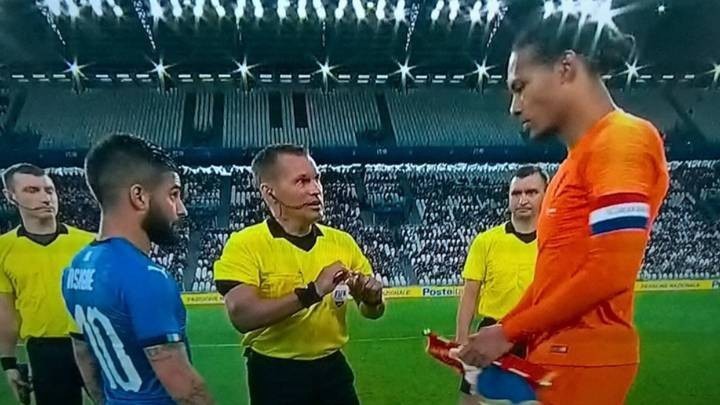 It is really funny that Italian Serie A is blessed with shorter and technically gifted footballers… Lorenzo Insigne is one of those players that history will remember in Italy as one of those super good footballers. The Italian international is 163 cm taller. He is among the best forwards in the world. There is no way he is not going to be mentioned. 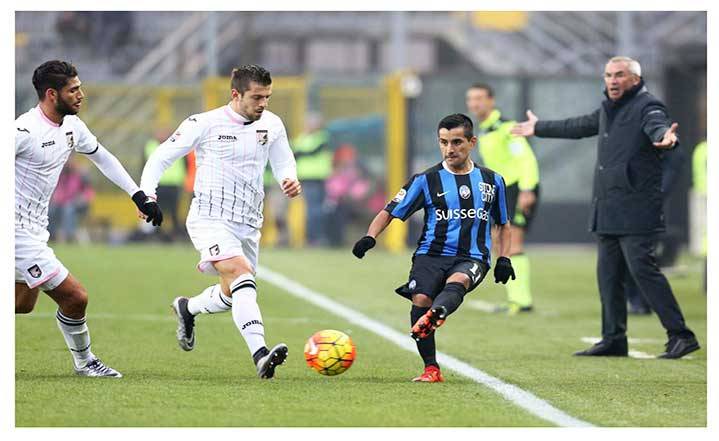 Jafal takes the second spot on our list of short soccer players. Rashed has really done well for himself, also with an illustrious career. His height doesn’t stop him from having such a great career.

The man behind so much of what Manchester City do great, David Silva has played a big role in transforming them from a club of potential to legitimate Premier League challengers. 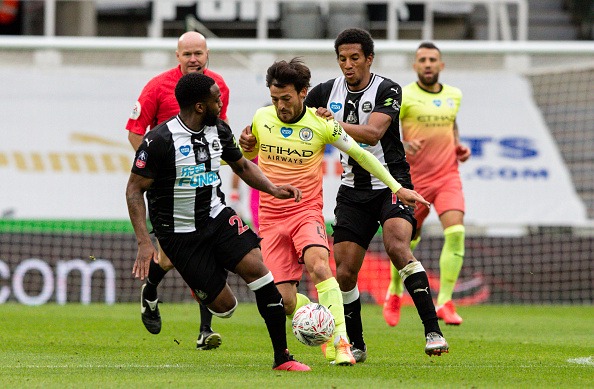 Deceptively quick, Silva has the ability to create something from nothing in an instant. While there is substantial attacking talent around him, the Spaniard is more often than not the man to set things in motion so the likes of Aguero and Raheem Sterlin can capitalise.

Silva has helped City this far, if they are to make the next step he will likely be a big reason for that too. 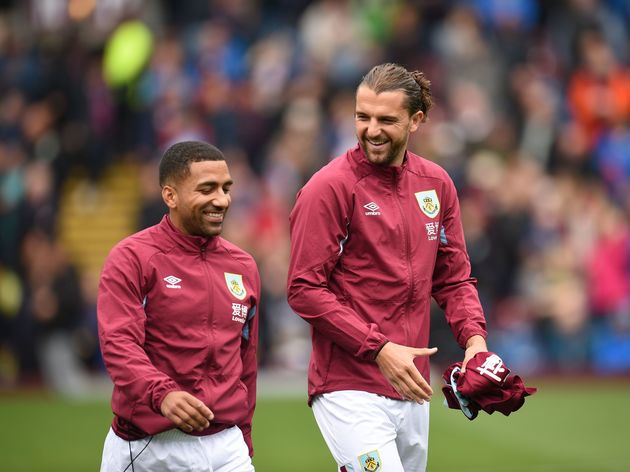 Aaron Lennon has been entertaining Premier League viewers for well over a decade, though his form has faded dramatically in recent years.

Now at ​Burnley after both ​Tottenham Hotspur and ​Everton dispensed with the England international, he is once again finding himself a peripheral figure.

Sean Dyche has used Lennon infrequently this season, starting him in a mere three top-flight fixtures. It seems he doesn't quite fit with the Clarets' abrasive style of play.

Christian Atsu has represented four Premier League clubs, his failure to earn a first-team place at Stamford Bridge leading to a switch to St James' Park in the summer of 2017. 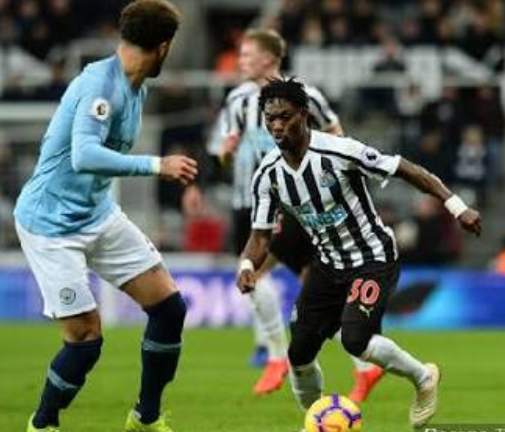 Having been a familiar face for the majority of his ​Newcastle United career, the Ghanaian's game time has taken a significant hit since Steve Bruce took over in the north-east.

Bruce's decision wasn't too much of a shock for the Toon Army, with Atsu often flattering to deceive during his Magpies stint. 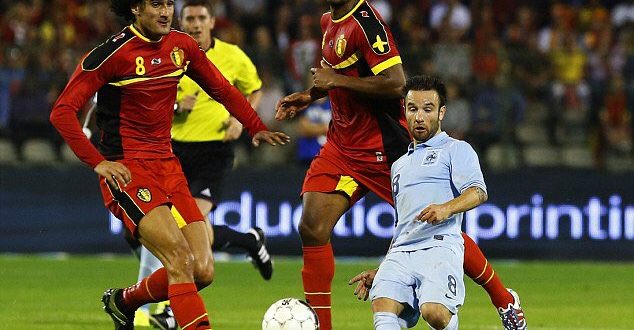 France's Mathieu Valbuena, according to UEFA, stands 1.67m tall (that's around 5'6"). He is, by football standards, quite short.

But while the likes of Lionel Messi are just a couple of centimetres taller, Valbuena has an unfortunate knack of looking shorter than everyone else. 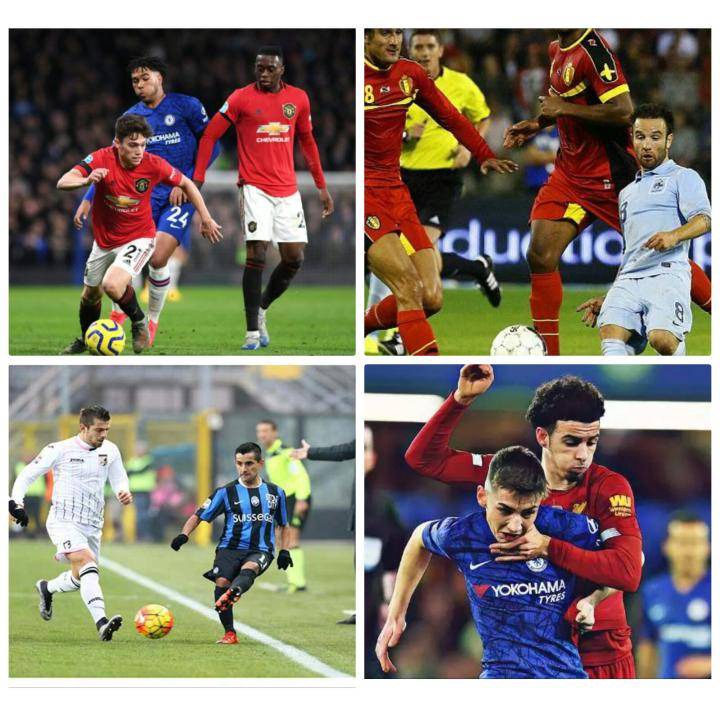 So, these were the shortest football players in the world in 2020. Let us know what do you think of our list in the comments down below.