By TalkSport10 (self media writer) | 7 days ago

Football rivalries are about a lot more than just supporters fighting. On and off the field, we've seen managers and coaches from rival camps clash frequently. Successful managers typically have colossal egos, and when one successful manager is placed against another, fireworks are bound to erupt. Let's look at some of the most interesting managing rivalry. 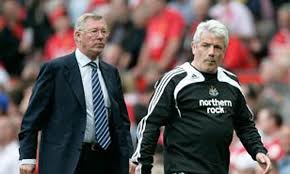 During his time as Manchester United manager, Sir Alex Ferguson appears to have made a lot of enemies. With his battle with Kevin Keegan. Some of you may have forgotten who Kevin Keegan is; he was a Magpies manager in the past, and he never appeared to get along with Sir Alex Ferguson during that time. The rivalry between Newcastle United and Manchester United was reignited during the 1995-96 season when the two clubs clashed. Newcastle led Manchester by 12 points, but the game took a turn when the Red Devils clinched three points and went on to win the Premier League. 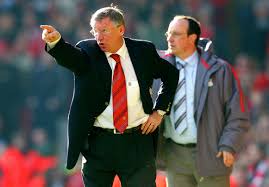 The mind-games king of the Premier League: Ferguson was infamous for going to fight with any manager whose team was pushing Manchester United for the title. In 2008/09, when Liverpool emerged as formidable title challengers under the Spaniard's direction, the Scot had Benitez on his radar. Ferguson's insinuation that United's opponents could be undone by a lack of experience triggered Benitez's legendary "facts" speech, despite the fact that the episode was mischaracterized as a rage by the media. Unlike Ferguson's friendly connection with Gerard Houllier, however, all of his dealings with Benitez appeared to be frosty. 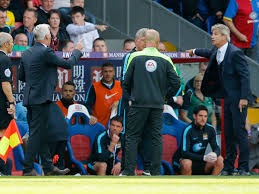 When Pardew was in charge of Newcastle in January 2014, the pair exchanged words, with Pardew criticizing the Chilean. In the 26th minute, Pardew became enraged and stormed into Pellegrini's coaching area to protest a challenge by Yaya Toure on James McArthur. This came after Palace's Scott Dann made a clumsy challenge on Sergio Aguero. Pellegrini was visibly enraged by Pardew's intrusion and told him to return to his technical area. When his side thrashed Palace 5-1 in the Capital One Cup quarter-finals in October, the former had the last laugh on the latter. 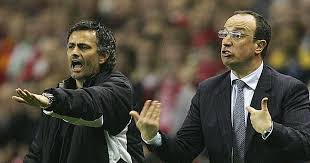 When Newcastle beat Manchester United in 2018, Mourinho lavished praise on Benitez and his team, but the two have a history of trading insults rather than compliments. During the mid-2000s, while Mourinho was in control of Chelsea and Benitez was in charge of Liverpool, the two supervised several tight, stressful, and tactical matches. The fact that the two teams were frequently drawn together in the Champions League (where Liverpool tended to win) and the Premier League (where Mourinho's Chelsea was all-conquering) didn't help matters. In 2007, the Spaniard had the best remark. "We've got our special ones here, our fans," Benitez explained. "We don't have to hand out flags for our supporters to wave. 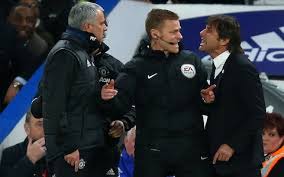 Antonio Conte and Jose Mourinho's rivalry is undoubtedly the most heated in football. They despise one other tremendously. Former Chelsea manager Antonio Conte has been dubbed "a clown" by Jose Mourinho due to his on-field celebrations. While Conte referred to Mourinho as "senile" after stating that Mourinho had clearly forgotten his days as manager of Chelsea and Porto, where he used to run up and down the touchline. The rivalry reached a head when Mourinho remarked that at least he had never been charged with match fixing, a reference to Conte's experience in Italy, when he was charged with failing to disclose match fixing but was ultimately exonerated of any wrongdoing. Conte called Mourinho a "small man," and the war of words ended, but their animosity remains intense, especially after Conte claimed he'd "go to battle with anyone," referring to Mourinho. They still despise one another, and it will be interesting to see how this feud develops. 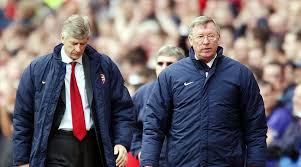 It's hard to believe because it happened only a decade ago, but there was a period when only two clubs competed for the Premier League title. Manchester United and Arsenal. Both clubs played world-class football and competed for every prize with Wenger and Ferguson at the helm. Sir Alex Ferguson and Arsene Wenger's feud climax in 2004 when Cesc Fabregas threw a slice of pizza at the former Manchester United manager during a post-match melee. Ferguson said to Wenger as "a rookie - he should keep his opinions to Japanese football" when he first arrived in English football. When Arsenal beat United in a season double in 2002, Sir Alex Ferguson referred to them as'scrappers,' to which Wenger responded, "Everyone thinks they have the beautiful woman at home."

3. The latest rivalry in modern football is between Jürgen Klopp and Pep Guardiola. 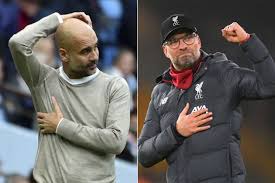 When Guardiola arrived in Germany, the media was preoccupied with how he would use his success with Barcelona to alter German football. Klopp even intimated that the media will be following all of his training methods in order to figure out what makes him one of the most regarded coaches in the world. However, the former Bayern manager was given a reality check when they first met, as Klopp had the upper hand. Dortmund thrashed their Bundesliga opponents 4-2 in a game that provided Guardiola a glimpse of what he can expect from his German counterpart. Guardiola began to dominate the Bundesliga by winning the league title in 2013/2014, which included a double over Dortmund, including a victory in the German Cup final. Klopp, on the other hand, got his revenge by knocking Bayern out of the German Cup semi-finals in a penalty shootout the following season. Klopp left Dortmund at the end of the 2014/2015 season, therefore this was their final meeting in Germany. Before Guardiola arrived at Man City, Klopp had just over half a season to settle into Liverpool, which would be the setting for their rivalry to develop to the point where the entire globe wanted to see their teams play each other. 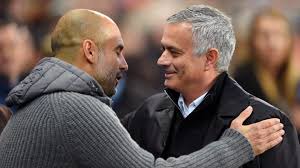 The rivalry between Pep Guardiola and Jose Mourinho is in second place. Mourinho and Guardiola were always in the media throughout their time in the Spanish La Liga, saying things that were linked to each other. This is extremely common in Spain, as the managers of the famous El Classico match seldom seem to get along, and this appears to have filtered down to the players on the field. Mourinho is now the manager of of Roma, while Pep is the manager of Manchester City in the Premier League. 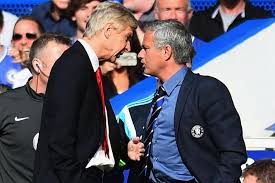 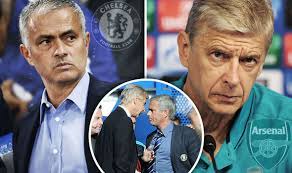 Mourinho and Wenger are similar in certain aspects. They both believe that their way is the only way, and they are unwilling to compromise on their beliefs. These ideas, however, are vastly different. While Wenger has always emphasized individualism, Mourinho has always been a very structured coach. In February 2014, when his Chelsea team was one point ahead of Arsenal at the top of the Premier League standings, the latter openly mocked the former. Mourinho added, "He's a specialist in failure." If I do that in Chelsea for eight years, I will leave and never return.” The two have always had a tense relationship, which may have reached a head in October 2014 when Wenger shoved Mourinho during a match. On the football, however, the Portuguese have certainly had the upper hand, winning nine of their 18 matches to Wenger's two.