He Busted His Lip, He Broke His Hand, Broke His Finger - Wilder's Trainer Revealed

Deontay Wilder's trainer has revealed the extent of his injury after his trilogy bout with Tyson Fury. 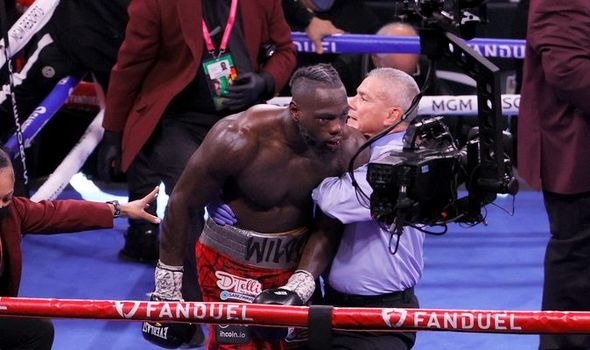 Malik Scott, Deontay Wilder's trainer, has disclosed the extent of the boxer's injuries after his loss against Tyson Fury on Sunday.

In the fourth round, Wilder had knocked down the 33 year old twice. However, Fury got up and finished the trilogy fight with the aplomb. The American was knocked out in the 11th round by Fury.

Scott said he took him to his room, and he went to visit a doctor after that. He said Wilder busted his lip, he broke his hand, broke his finger, knuckle, something like that. But life goes on, Scott added.

Wilder was then subsequently taken to the hospital for normal routine checks, but he was not required to stay overnight.

After the bout, a philosophical Bronze Bomber admitted: He did his best, but it wasn’t good enough, and he is not sure of what happened.