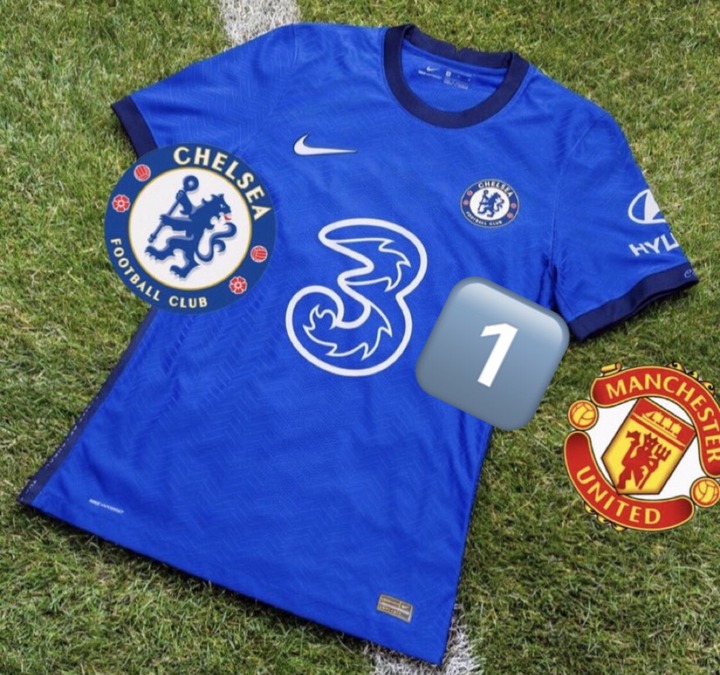 Chelsea FC went home with massive points after triumphing over Manchester United in their last match. The match was worth the wait for Chelsea fans all across the world. Chelsea Players were on their toes throughout the semi-final match against Manchester United which earned them 3 goals to 1 at the end. Oliver Giroud, Mason Mount, and Antonio Rudiger netted three goals first before Manchester United's Bruno Fernandez got a goal for his team towards the end of the match. 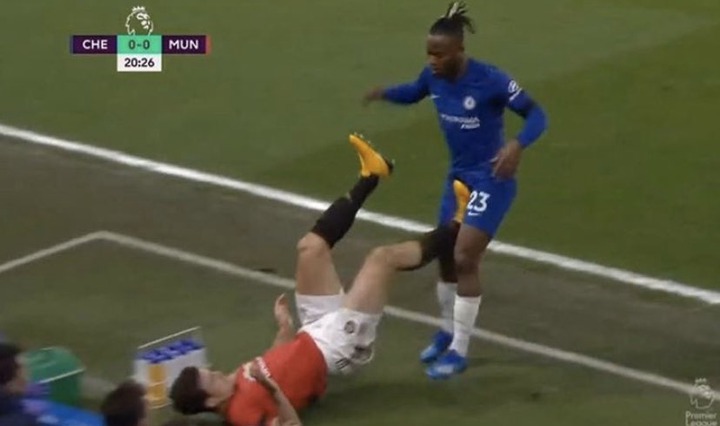 The match was so serious that United fans took to the official page of Chelsea to air their views, positively or negatively about the match.

One of the comments that got football lovers engaged in a discourse was from a Manchester United fans which was themed at favoritism (On Chelsea's side). According to him:

"Chelsea VAR paying the refs once again. Without VAR you would have lost this. We deserved the win and you got lucky. Cry more you plastic fans, remember Ole's tricky reds beat you 3 times this season. Lampard the PE teacher is finished."

After this comment, some Manchester United fans followed suit sharing theirs as seen below: 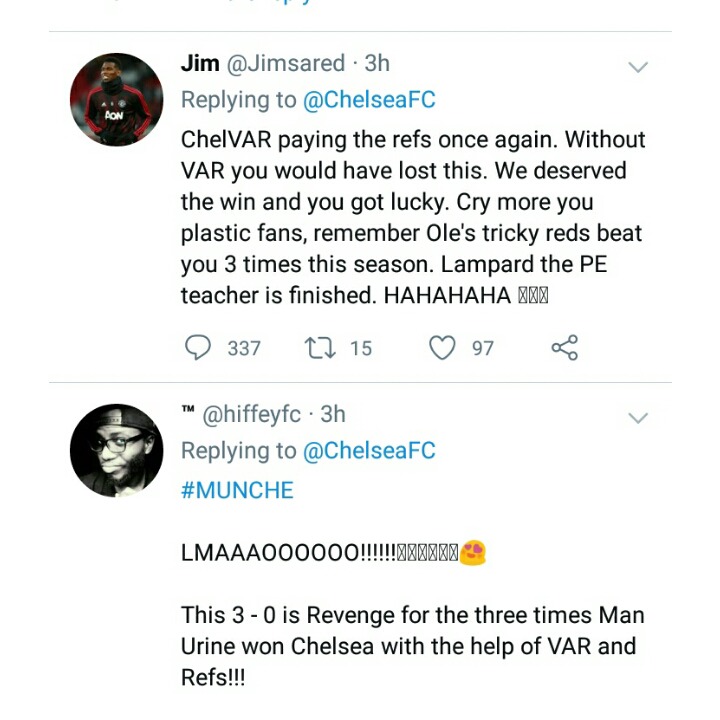 Guys, is the claim right? Was Chelsea favored by the Referees or VAR?