By Dfodio (self media writer) | 1 year ago

The records continue to pile up for Ole Gunnar solksjear following Saturday's draw against Chelsea. Just days after what many described as a tactical masterclass against Paris Saint-Germain at the Parc des Princes, Solskjaer played it safe much to the dismay of many United supporters.

Michael Owen explains what he loved about Cavani's debut 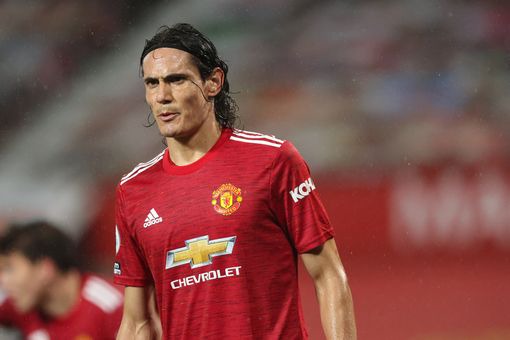 “I’ve always said half a yard at the near post is better than two or three yards at the back post because invariably the ball doesn’t get there.

“Normally, against most defenders he might have got there in front, nicked it and he would’ve have got a block in.

“We only saw a brief cameo but I’ve seen him for years and years and always thought he’s one of the best movers in the game in terms of those little darting runs, he loves nipping in front of defenders.

“I think he’s going to score a few. As long as United have pressure on the opponents. They get crosses in.

“He’s very much an 18-yard box type of striker that makes darting runs.”

Kylian Mbappe promises there will be a response from Paris Saint-Germain after defeat to United.

“It’s not the first time that we’ve lost the first match of the group stage. We know how to react,” he told the club’s official website ahead of Wednesday’s match against Istanbul Basaksehir.

“The matches succeed each other quickly and we’ll try to win in Istanbul in order to honour the shirt and the club. All matches are important, but when you play every two or three days, it remains difficult, even if you are the biggest competitor.”

Content created and supplied by: Dfodio (via Opera News )