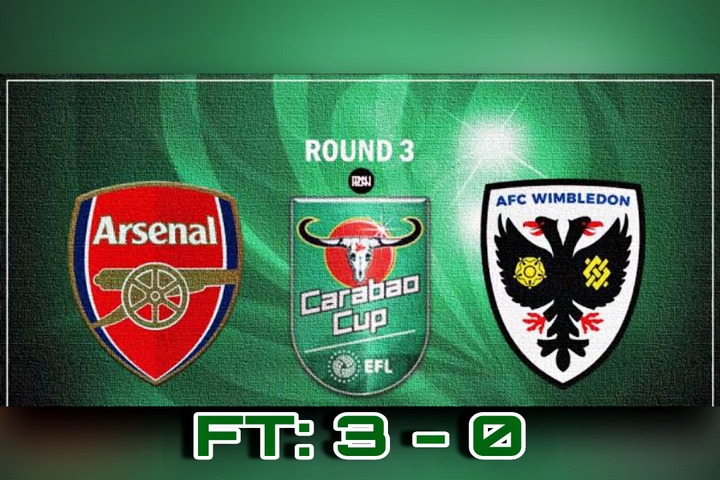 After Gabriel Martinelli was pulled down in the box, Alexandre Lacazette converted from the penalty spot to give the Gunners the lead (10).

Arsenal had to wait a long time to extend their advantage, with the League One visitors defending fiercely, but substitute Emile Smith Rowe finally turned home a loose ball (77), before Nketiah's stroke of inspiration rounded off the win (80).

Cedric Soares' cut-back was somewhat behind him, but he immediately adjusted his feet and used the heel of his right foot to flick the ball beyond AFC Wimbledon goalie Nik Tzanev.

Arsenal's third consecutive win in all competitions keeps the Gunners in contention ahead of the north London derby against Tottenham.

Arteta made ten changes from Arsenal's 1-0 victory over Burnley on Saturday, with Thomas Partey the only man to keep his spot while the rest of the squad was given opportunities to shine.

Martinelli was one player who appeared to be ready to take advantage of his opportunity. After latching on to Nketiah's through-ball, the Brazilian was a threat on Arsenal's right flank, and he utilized his quickness to win the early penalty.

Lacazette, who was given the captain's armband for his first start of the season, calmly converted the spot kick, finding the bottom corner and sending Tzanev the wrong way. 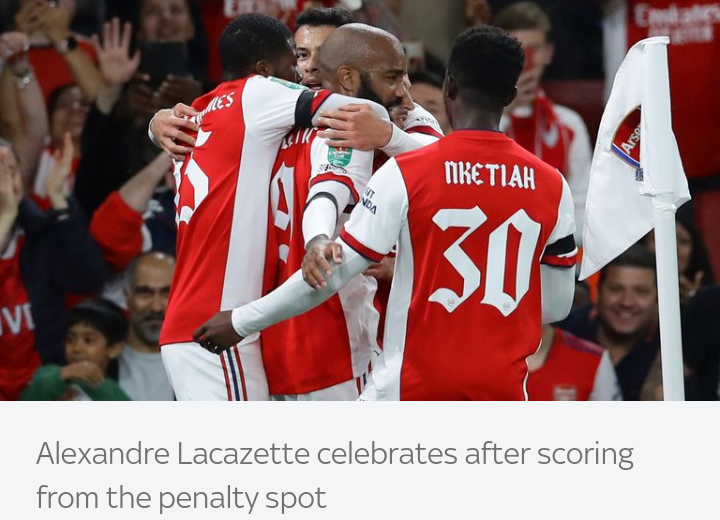 Arsenal maintained possession but did not produce another serious opportunity until much later in the half, when Martinelli sprung the visitors' offside trap once more, this time from a Lacazette pass, only for Tzanev to sprint off his line and push him away from goal.

Not long after that, Tzanev nearly cost his team a goal when he pushed an odd high ball onto the crossbar and back into the six-yard box. Nketiah was a few yards away when it fell to him, but he couldn't force it in.

Thomas Partey had a productive run-out in midfield as he worked on his fitness after returning from an ankle ailment, and he was the next to go close when his powerful shot was pushed over the crossbar by Tzanev just before the hour mark.

That was his only contribution of the game, as the Ghanaian was substituted ahead of Sunday's north London derby against Tottenham, and his successor, Smith Rowe, went on to score Arsenal's second.

Nuno Tavares, the hosts' left-back, had previously hit the post with a downward header from a Martinelli cross.

Many home supporters were becoming disappointed as their team struggled to translate their domination into goals, but Smith Rowe was shortly joined on the pitch by Saka, who combined with Lacazette to put up Smith Rowe for their second goal.

With Nketiah's brilliant finish, the Emirates Stadium erupted in cheers for the third time, and Arsenal came near to increasing their lead even further in the final seconds, with Saka striking well wide and Tzanev saving another effort. 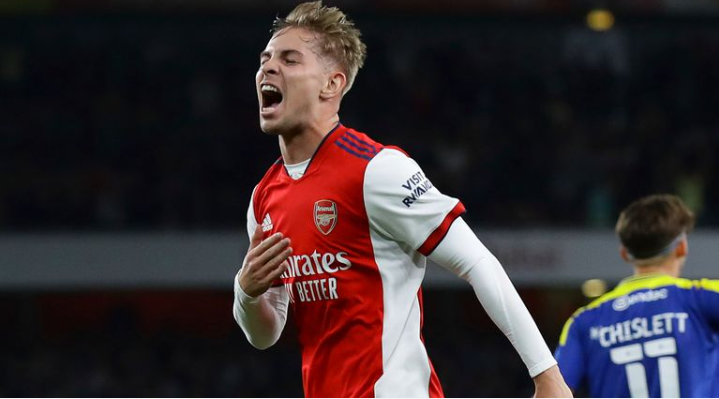