FA Cup: Solskjaer states the main reason for his defeat at the hands of Chelsea

By AdePeak (self media writer) | 2 years ago

It was a night of wonders as the current team with the best form in England was defeated by top rivals Chelsea FC. Solskjaer, after seeing United beaten 3-1 by Chelsea in the FA Cup semi final admits that he had some faults also as a head coach. Ole Gunna admits his team selection against Chelsea didn't work as resting key players backfired in the Cup semi final defeat. The team's ace keeper David De Gea was at fault twice as Chelsea ended Manchester United's unbeaten run with a three to nil score at Wembley to book their place in the FA Cup final against Arsenal.

The team has been on a 19 match unbeaten streak in all competitions started without Paul Pogba, Anthony Martial and Mason Greenwood as Solskjaer made four changes from their victory over Crystal Palace. He was forced to make a change just before Chelsea took the lead when Eric Baily had to be stretchered off after a head injury. 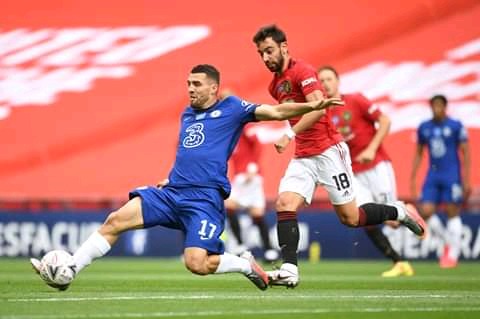 The United boss also admitted he had to prepare against West Ham also when selecting his starting eleven.

Content created and supplied by: AdePeak (via Opera News )