"No child is born a racist", Boateng Laments

By INFO_RUSH (self media writer) | 2 years ago

Former German international Jérôme Boateng shocked the images from the United States after the violent death of African American George Floyd following a brutal police operation. "What you can now see on social media is brutal," said the 31-year-old soccer professional from FC Bayern Munich, who is often in the United States, in an interview with Deutsche Welle. Unfortunately, the protests are now taking on “difficult forms”, Boateng said. 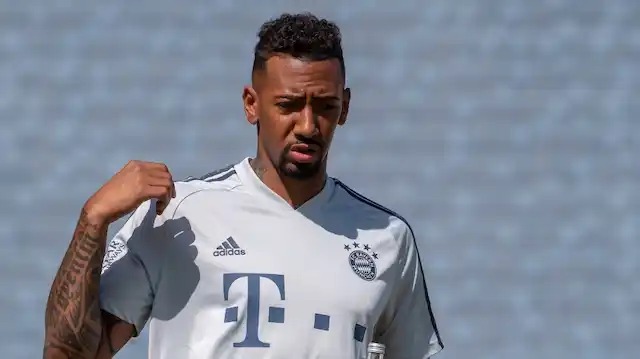 The "George Floyd" case showed "how widespread racism against blacks is still in America" ​​and the role "racial profiling", ie racially motivated police controls, played there. “I find that extremely sad, also because I myself am often in America and I really like the country and the culture. But it's nothing new, it's something that is always present. Racism is everywhere, but it is extreme in the United States, ”said Boateng.

Racism is also "a topic and very present in Germany, " said the 2014 world champion. "There have been attacks against foreigners and people of different beliefs in Germany in recent years. Overall, it goes in a certain direction, where I think we were already ahead. "

Boateng believes that the situation must be improved in the upbringing of children. “No child in this world is born a racist. It is always up to the parents and what they give their children. The worst thing that could happen would be that my children ever have to have such experiences. It is important that we let them know that racism is not an option. And if they notice that someone is being insulted, defend them and defend themselves. This has to start in the schools and be an integral part of the lessons. This is the only way to get ahead, ”said Boateng, who was born in Berlin and grew up with his German mother. His father comes from Ghana.

Content created and supplied by: INFO_RUSH (via Opera News )