By Tobewilly (self media writer) | 7 days ago

We've had several midfield partnerships in the game of soccer, but that of Toni Kroos, Casemiro and Luka Modric is one that will ever remain unforgettable. These three midfield maestros have achieved a lot together at Real Madrid, including winning five UEFA Champions League trophies, a feat that has never been achieved by any other midfield trio. 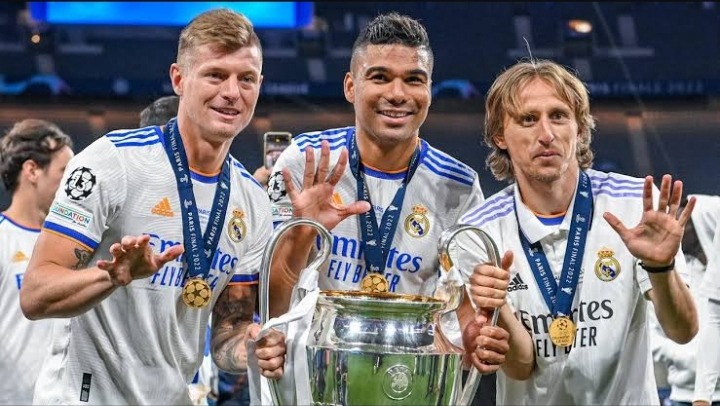 Carlo Ancelotti who led Real Madrid to a record 14th UCL triumph last season, knows what these three stars are capable of. According to ESPN FC, the Italian gaffer already has a nickname for the trio. He said "I call Casemiro, Kroos and Modric the Bermuda triangle because the ball disappears there". 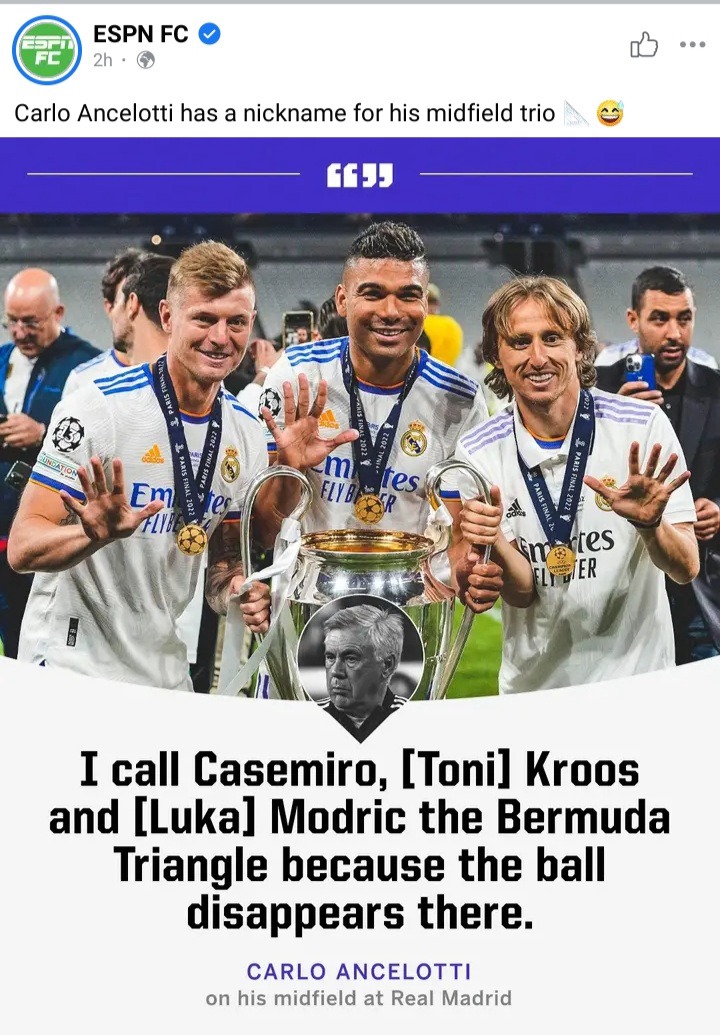 Real madrid offered 36-year old Modric a one-year contract, which means that we'll get to see the three of them bossing the club's midfield once again next season. The Croatian joined the club in August 2012, for a fee of €35 million. He has made 435 appearances for the club so far, recording 31 goals and 71 assists in the process. He also has 22 goals in 152 games for the Croatian national team. 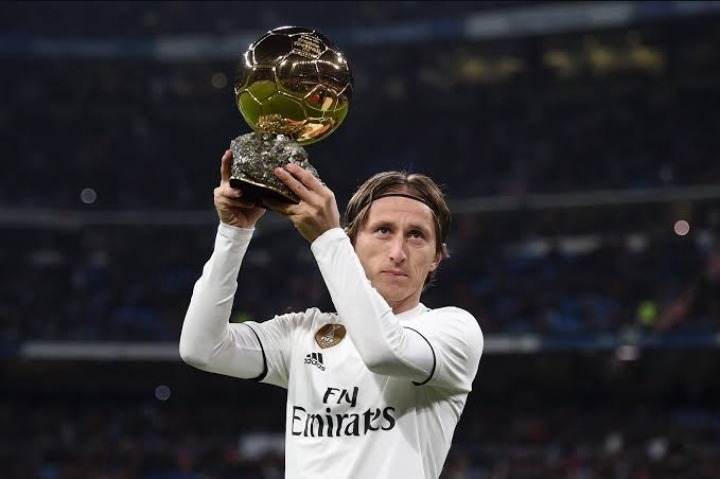 Modric remains the only player to win the Ballon D'or in Ronaldo-Messi era after clinching the award in 2018. 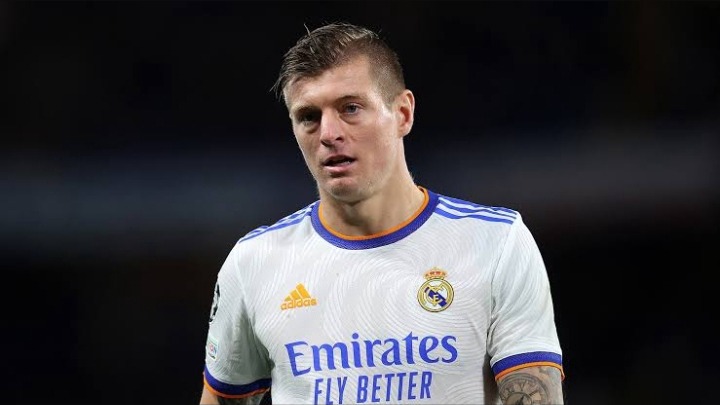 While Casemiro signed for the club in July 2013 from Brazilian side, Sao Paulo in a deal worth around €6 million. The 30-year old defensive midfielder has 31 goals and 28 assists in 333 matches so far. He has made 63 appearances for the Brazilian national team, scoring 5 goals in the process 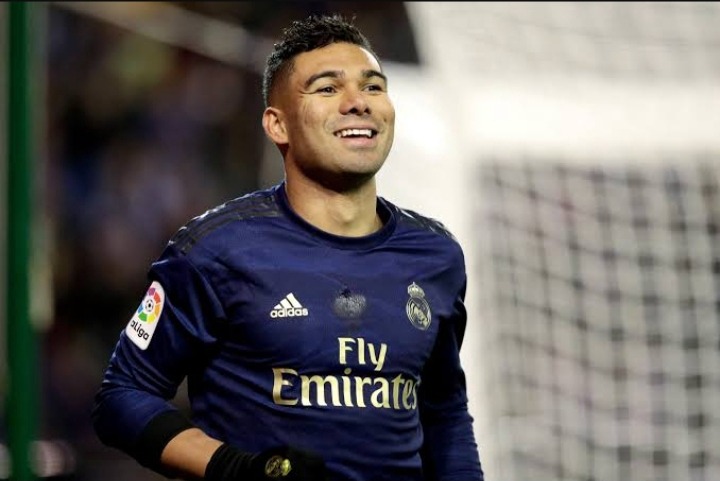 Do you think there is any midfield trio greater than Kroos, Casemiro and Modric in football history?