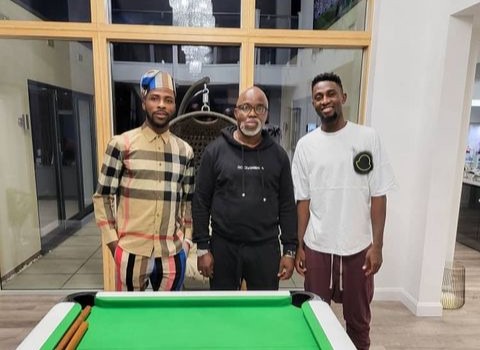 The Nigeria Football Federation (NFF) President, Amaju Marvin Pinnick was in the United Kingdom over the weekend purposely to visit some Super Eagles stars who plied their trade in England most especially injured Leicester City's Wilfred Ndidi and Watford's Oghenekaro Etebo.

The courtesy visit made by the NFF president was to discuss some things with the Nigerian stars ahead of their remaining 2022 FIFA World Cup qualifiers and to fine-tune some other issues relating to update about switching of allegiance and potential return of former player. 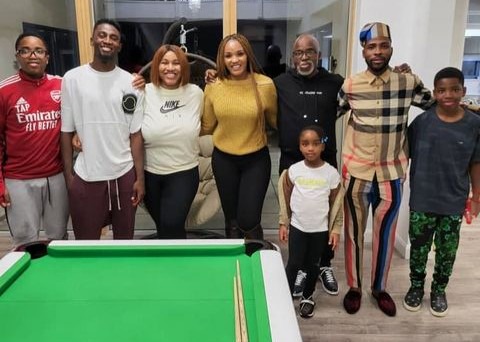 The FIFA World Cup qualifiers as one of the key topics discussed made him to see some of these players one-on-one as he stopped by at Ndidi and Etebo's house.

These two have been out injured but are recovering well and could probably make their return to the squad by next month when they will be playing the last two qualifiers, with Nigeria leading the table with 9 points in 4 of their games already played.

The visit to some of these players was due to their importance in the national team as he spent quality time with them despite not been an official visit, he only deemed it fit to surprise them as he's on family vacation with his wife and children. 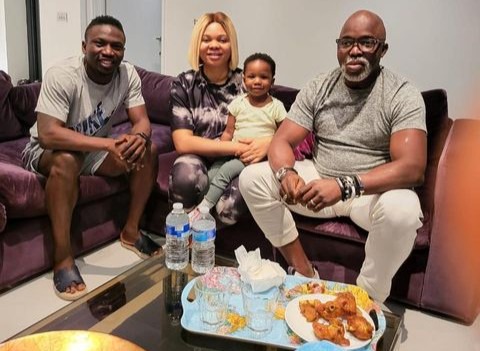 Nigeria cannot but win the last two games so as to book a spot in next year knockouts with the optimism to finally earn a ticket among the five African countries to represent the continent.

Amaju Marvin Pinnick was unable to see Everton's Alex Iwobi but spoke with the prolific winger who expressed his enthusiasm to feature in those upcoming games, before revealing the interest of Leicester City's Ademola Lookman who can't wait to play for the Super Eagles with his switching off allegiance to be completed soon having already represented England at the youth levels. 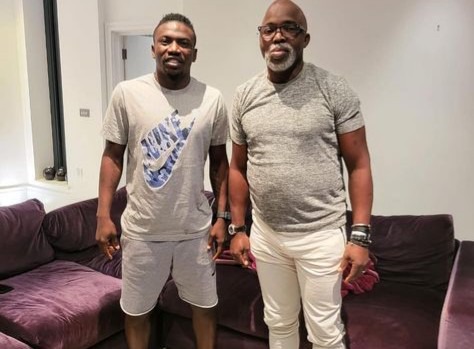 He then finally made it known that he has been in contact with former Manchester United forward, Odion Ighalo who now plied his trade at Saudi Arabia as he's of the opinion that the Super Eagles squad need experience at the forefront to combine with the likes of Victor Osimhen, Paul Onuachu, Kelechi Ịheanachọ, Taiwo Awoniyi, Chidera Ejuke among others with his response been positive to make return despite announcing his retirement from international football in 2019.

What a remarkable step taken by the NFF president as this could boost the players morale more than before ahead of the next month qualifiers just to get the job done and progress to the next round. 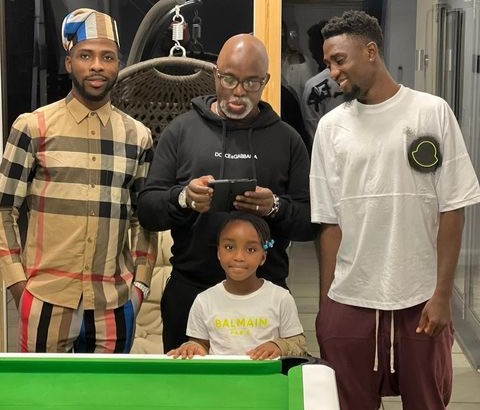 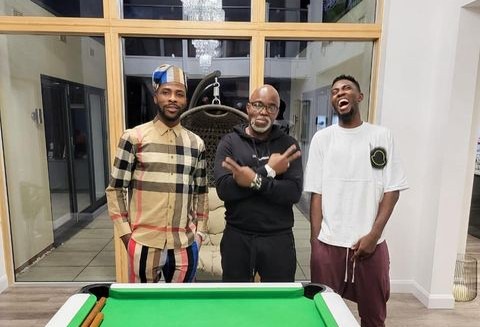 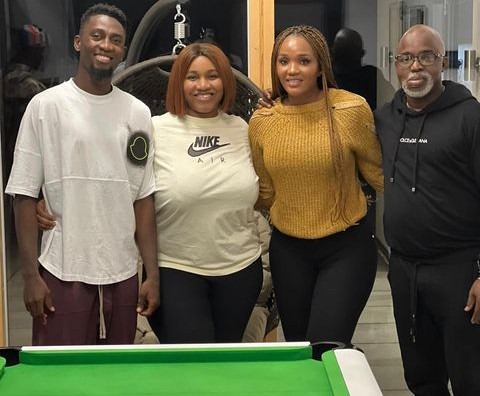