CHE vs MCI: How Chelsea Could Lineup In This Match With Mendy Set To Start 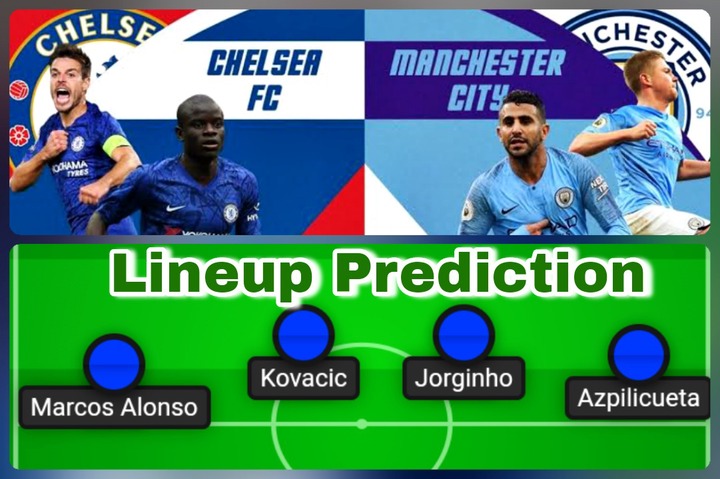 After five rounds of matches, Chelsea are tied for first place in the Premier League and will face reigning champions Manchester City in the season's biggest match.

Mendy (GK): After missing the last two games due to injury, Chelsea's medical staff are attempting to get the goalie fit for this one. Kepa is ready to step in once more if necessary.

Rudiger (CB): Despite the fact that his future is uncertain due to postponed contract discussions, the German international remains vital to Tuchel's ambitions.

Christensen (CB): With Trevoh Chalobah and Malang Sarr pulling out, he is expected to return here.

Thiago Silva (CB): As Chelsea reverts to a back three, he will return to the starting line-up. Last weekend, he scored against Tottenham.

Azpilicueta (RWB): Many Chelsea fans will be hoping that Reece James keeps his starting spot from the Carabao Cup match in midweek, but the skipper is expected to return.

Jorginho (CM): Another player who was rested in the middle of the week but will be called back for this game. In Chelsea's five Premier League games thus far, he has started four and come in at half-time in the other.

Kovacic (CM): After a shaky start to the season, he may yet get the nod over N'Golo Kante, who got another 45 minutes under his belt in midweek.

Alonso (LWB): After announcing his decision to no longer take the knee before kick-off, the Spaniard will be scrutinized more closely in the future.

Lukaku (CF): After coming in as a substitute in midweek, he will be recalled to the starting line-up. Since his return in the summer, he has four goals in six matches.

Havertz (RF): In May, he scored the game-winning goal in the Champions League final against City, but he has only one goal this season. Until recently, he's been a consistent starter.

Mount (LF): In each of Chelsea's last two games, he has played 45 minutes. He's on the lookout for his first goal of the season.