6 things you didn’t know about Salah and Van Dijk! 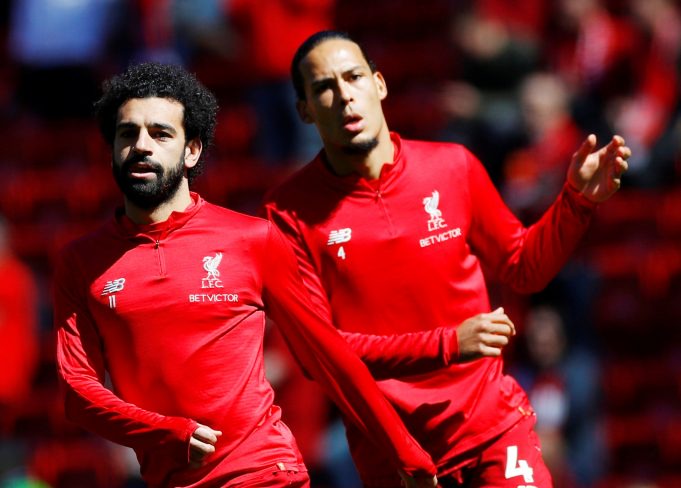 Liverpool darling Mo Salah is known for his goal-scoring exploits ever since he joined the club. The Egyptians had played in Premier League before but had failed for Chelsea, rather not given the opportunity to succeed. He had done well for himself to secure a move to Roma where he was playing much better.

However, his career opened up when Jurgen Klopp’s men brought him to Liverpool and Salah has not had to look back since. He has broken multiple records in two seasons at the club and has won the Champions League to boot. Salah has undoubtedly become one of the best players in the world but that is how we know Mo.

There are so many other stories about him!

i. Mo Salah was always not so fortunate

For a player who drives an expensive world-class sports car to practice in Liverpool, the Egyptians had a very difficult childhood. Back from his village days, he had to travel on an 8-hour round journey from his home to Cairo on no less than 10 different buses! And it was not an exceptional day of traveling. Salah did this for five days of the week for four years!!

Salah had come to Europe to play football. The educational program that allowed him to stay abroad was rescinded in Egypt and in 2014 Salah had to drop football to return home. This only meant one thing. Salah was in the army and would have had to serve there for over a year! Things, although came to his favor as the army stint, were canceled and Salah could return to Chelsea to play football, although he never played much in London! The Egyptian king of football has played in Europe for a long time now and has earned a massive wealth for himself. He has done it all with hard work and more importantly has refused to keep it for himself.

Salah has a net worth of 15 million Euros and has effectively used his money to relieve the poor in his home town Gharbia. He has set up schools, build hospitals, and provided funds for charities across his home.

iv. Kind and forgiving man is the man who lives well

The most famous Salah story is, however, the fact that once during his young days, his house was robbed. It was a dangerous situation as not only did the Salah family lose valuable possessions but they were also threatened for life in the process of the burglary.

The police proved to be effective when they caught the culprit behind this and were ready to bring him to justice. Salah’s father was all ready to issue charges against him, with the felony of a thief crime in Egypt being much more severe.

However, it was then that Salah, who was playing for Alexandria asked his father to drop the charges and decided to forgive the man who had robbed them.

He spoke to the thief, talked him out of his lifestyle, and gave him money to make a fresh start. Salah even tried to find him a job such is the compassion of the great man!

Well, you knew him till recently as the world’s most expensive defender while most wanted to know him as the next Ballon d’Or winner. Indeed he is the only defender in the top 10 list and has a big shot at winning the trophy.

Van Dijk joined Liverpool a year and a half back and in 18 months, he has become a monster in defense, in the good sense. He went for a run of 65 matches without getting dribbled past! Whooosh. Here are some other facts about him we bet you did not know!

i. The big man could have not played football

Almost every footballer goes through this, but in the case of VVD, things could have seriously gone bad. He had problems too often and could have quit before starting.

“My knee was a bit unstable. I had groin problems. I had so many problems but then I had proper rehab and was out for six weeks,” he recently told BBC Radio 5 Live. “After that, I started playing well.”

And well, we know how it turned out now that he did not quit.

ii. He was not a center-back

He was never put in central defense. Instead due to his good close control and good vision, he was put in at right-back. However, more than anything the modern game dictates that full-backs have the pace. As for VVD, it turned out to be a blessing in disguise that he was not the fastest.

“At 16, I was a slow right-back and not good enough to play center-back,” he added. “I was never an outstanding player until I played for the U19 (at Willem II) and became captain.

“Then everything went much better. I played sometimes for the U23s, and after that, it went pretty fast.”