Why Manchester United Failed To Qualify To The FA Cup Final Both mangers set up an unfamiliar 3-4-3 formation but while on the back foot defending, both teams switched more to a 5-4-1. Chelsea enforced the man-marking tactic option allowing only the wings back retain their position while others plays centrally. Manchester United sticked to counter-attack tactic option with the hope of taking advantage of Bruno Fernande's sublime passing option

Upon the injury of Eric Bailey, Ole switched from his 3-4-3 to 4-2-3-1 by introducing Anthony Martial noticing Rashford and James failure to optimizing Fernandes diagonal passes which opens up the defense for Chelsea wing backs to run freely.

Over the last 3matches, Manchester United has always dominated the attacking play but today was a different case Kovacic was tasked with breaking up link play from the feet of Bruno Fernandes; same tactics was deployed by Southampton in their 2-2 draw at Old Trafford but Chelsea does it perfectly which made Fernandes the most fouled player on the pitch today. 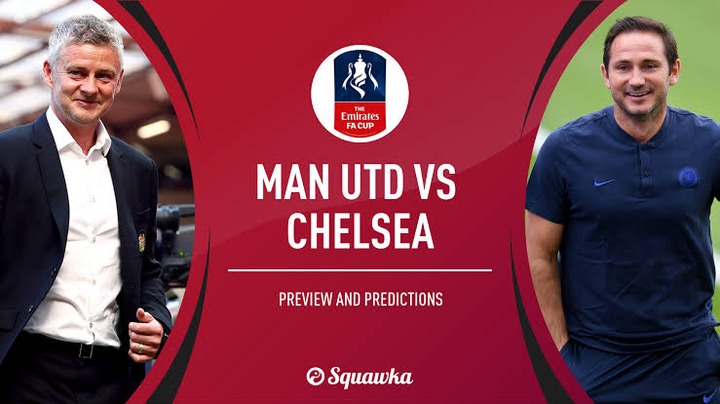 Today, Ole would have cursed himself for preferring David De Gea to Sergio Romeo at the goal line as he wasn't at his best form today as all of the three goals was a slight touch error from him. He could have done better with Mason Mount shot but he was cut unawares. Every best has his bad days as commentator reminded us of same error he committed in C.Ronaldo goal in the Spain 3 - 3Portugal Euro's Cup goal

Another flop of the day is the former Chelsea man, N. Magic on his slow reaction to the ball. Manchester United faith is now switched to the qualification fight for the next season Champions League and qualifying to the next stage of the Europa League