The night that all Nigerians celebrated a football club

THE NIGHT ALL NIGERIANS CELEBRATED A FOOTBALL CLUB 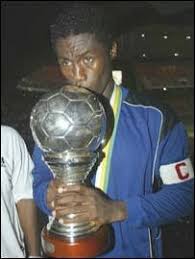 12th December, 2003 was one of the days that most Nigerians showed the spirit of true nationhood. On that night, all Nigerians irrespective of tribe and religion celebrated a victory. A victory won by a football club from the Eastern part of the country. That club was Enyimba nicknamed, the People's Elephants. And that victory was the CAF Champions league trophy, the first by a Nigerian club.

On that memorable night in Ismailia, Egypt, Enyimba held on to win the title on 2-1 aggregate over the Egyptians. By that victory, the Elephants wiped off many years of heart breaks suffered by Nigerian clubs in the competition. Before that night, Shooting Stars lost in the final in1984 and 1996, Rangers had their hearts broken in 1975, and Inwuanyanwu National (now Heartland) lost in 1988. So the victory by Enyimba was a relieve, a redemption!

It's noteworthy to point out that the victory by Enyimba was unique in a way. After decades of futile efforts in winning the prestigious title, Nigerian football administrators came together to find a way of ending the shame. In a conference, the administrators agreed among other things that other clubs would loan out their key players to the country's flag bearer if they are needed to prosecute the assignment, players' welfare should be improved upon so as to enable the players, and the state government where the club is based should offer assistance in any form. The result of that meeting came in 2003 in Enyimba's second campaign.

The club's standing changed when Orji Uzor Kalu was elected the Governor of Abia State. The new Governor ensure that the club was generously funded. He also made key appointments including the chairman of the club, Felix Anyansi-Akwu. And together they ensured that the weak elephant were turned into a fearsome and unstoppable one. 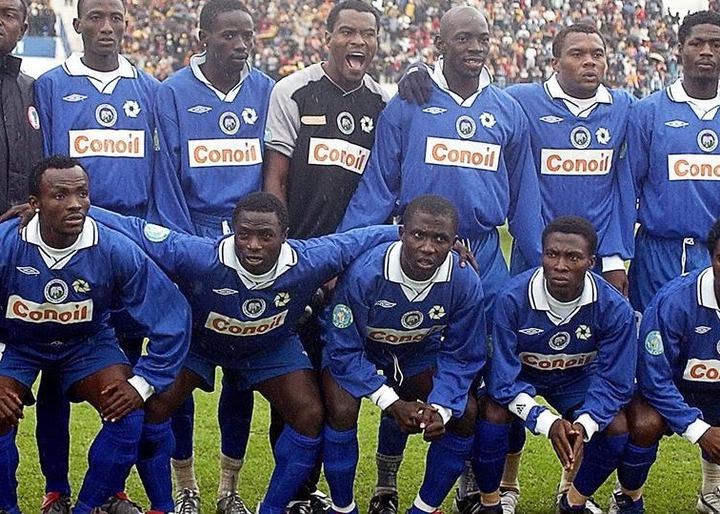 In 2003, moved by a golden generation made of Vincent Enyeama, Obinna Nwaneri, Romanus Orjinta, Ajibade Omolade, Ghanaian international, Joetex Frimpong, Nigerian-born Benin international, Mouritala Ogunbiyi, Victor Ezeji, David Tyavkese, and the most expensive player at the time, Emeka Nwanna who was signed for one million naira from Rangers, and led by the experienced coach, Kadiri Ikhana, the team set out to conquer the continent.

That team could lay claim as the greatest club team in the country. The had win the Nigerian professional league ( as the league was then known) three consecutive times before that memorable night. The team navigated their way to the final with eye-catching displays where the met Ismaily, a team that had already shellacked them 6-1 in the group stage. And after winning the first leg 2-0, the team held on to lose the return leg by 0-1, and win the tie and the title 2-1 on aggregate. As referee Eddy Maillet of Seychelles blasted the final whistle, the team celebrated joyously. The nation was also in jubilant mood. To all football loving Nigerian, the victory was won by Nigeria. That victory gave the whole nation hope it can achieve many things it had not achieved since independence in 1960. 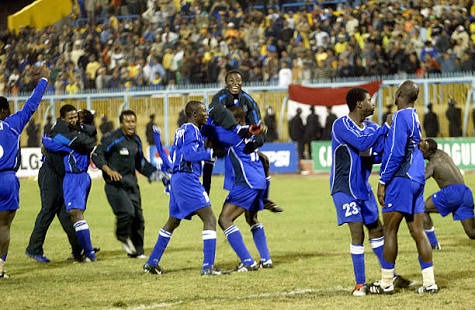 The victory was not that of just the club and it's fans, but one for the whole nation. Everyone had made it possible. All hands were at deck to make the Elephant succeed where others failed. In the words of Coach Ikhana, "We won it then because all hands were on deck. Everybody in the NFF, the media, the Governor of Abia State, the people of Abia State, the players, Enyimba's officials and administrators, the national and state supporter's club. In fact, it was a collective effort. The entire football family in Nigeria helped us to achieve victory..."

Even the former players of rival clubs in the country played a crucial role in ensuring that Enyimba broke the jinx. For instance, Taiwo Ogunjobi, a former Shooting Stars player, who at the time was the NFF Secretary General played an immense role in Enyimba's victory. Years after the victory, he said, "I was the secretary general of the NFF when we win the cup in 2003 and 2004, and I don't want to boast or blow my trumpet, but I know I contributed immensely to Enyimba's success..."

Quite clearly, Enyimba's victory was not made only in Abia State. The entire nation was involved. And so when they won, it was a victory that rekindled the consciousness in everyone that Nigeria remains one nation.