Manchester United plotting a surprise move for this free agent If the latest reports (as claimed by the Daily Star) ,are believed to be true, Manchester United are plotting a surprise move for the former Burnley midfield ace Jeff Hendrick who is currently without ,a club after deciding not to extend his stay at Turf Moor beyond 30th June.

Despite a slow start, the Red Devils have picked up momentum since winter and are now favourites to secure a Champions League berth for the upcoming term. The arrival of Bruno Fernandes has transformed them into a lethal attacking force and the fans are dreaming of many more ,mega-money summer inclusions to reclaim the coveted crown. 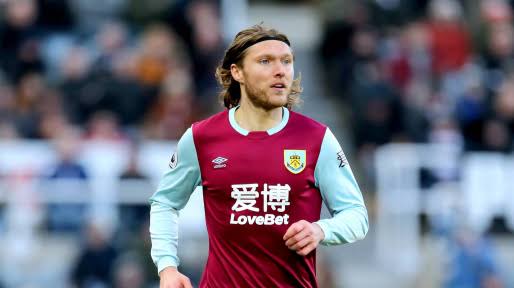 On the contrary, the 28-year-old Irishman is a low profile name in the Premier League circuit in spite of featuring 139 times for the Clarets since moving from Derby County. The signing of Hendrick, therefore, might lead to a meltdown among the Old Trafford faithful who are blessed to have Bruno and Paul Pogba orchestrating the tempo from the middle of the park.

Why The Move Makes Sense From Manchester United’s Perspective

Meanwhile, there are a few aspects that must not be ignored either. Not only he has profound experience of the English game but also represented his nation 54 times till date. His ability to operate across the midfield makes him a useful squad, option and the reliability exhibited so far in Burnley colours led to transfer interest from AC Milan.

However, a move to Milan seems to have fallen due to the COVID-19 crisis (as revealed by his international manager Stephen Kenny) and Manchester United, thus, are leading the race now to secure his services without dropping a single penny. His ability to operate as a makeshift fullback would boost Ole Gunnar Solskjær with more depth as well as flexibility, and the player, too, must relish the opportunity to represent the European hotshots as a utility resource.

CAS has upheld Manchester City’s European ban which would now allow the Citizens to continue their spending splurge. United, too, need to splash the cash to keep up the pace and close the gap but, at the same time, should wrap up such value for money signings given the dip in form of a few of their senior stars. His salary would be lower than the club’s usual wage structure and a summer switch for Hendrick, therefore, would be shrewd and potentially a no-brainer.