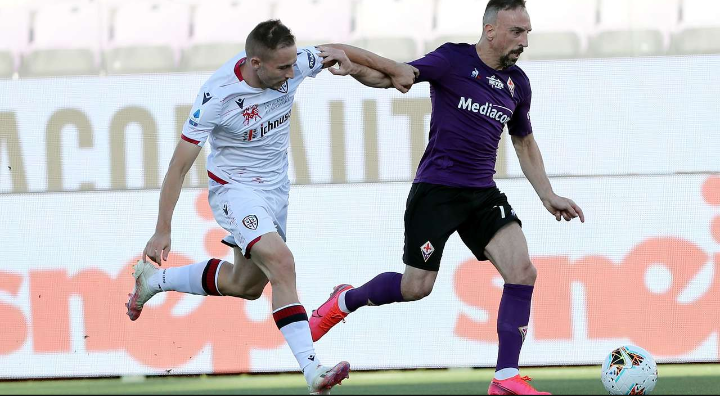 With a 3-1 victory in their last Serie A (SA) outing, Fiorentina saw their unbeaten run stretched to four top-flight matches (W2, D2). That result bore some significance, as each of their last six top-flight fixtures (goalless draws excluded) have seen the opening goal scored inside the opening half hour.Fiorentina have additionally led at the break in a league-low 11.76% of their 17 home SA matches (HT: W2, D9, L6). In turn, they have scored ten of their 16 SA goals here after the break (62.5%), with 80% (eight) of them arriving after the hour mark.Torino’s 3-0 win in their last league outing highlighted a trend, which has seen each of their last six league fixtures feature over 2.5 match goals (4.17 goals on average). Curiously, three of their last five SA games have seen the victorious side of the day concede first inside the first 30 minutes of play.Here, ‘Il Toro’ have to contend with the ghosts of a 29-game winless streak of SA visits to Fiorentina dating back to 1977/78 (D14, L15). Overall, they come into this clash on a dreadful run of seven straight away losses in the league, while conceding over 2.5 team goals in the last three.

Players to watch: Erick Pulgar has scored Fiorentina’s opening goal in each of the five SA games he’s scored in. Meanwhile, Andrea Belotti is a man in form, having scored one goal precisely in each of Torino’s last seven SA matches.

Stat attack: Fiorentina have scored over 1.5 goals in a league-low 11.76% of their home league fixtures.Only two of Torino’s 16 SA away games to date have featured a goalless first half.Six of the last seven SA H2Hs held here have seen the half-time result mirror its full-time counterpart.