By Friskysports (self media writer) | 1 year ago 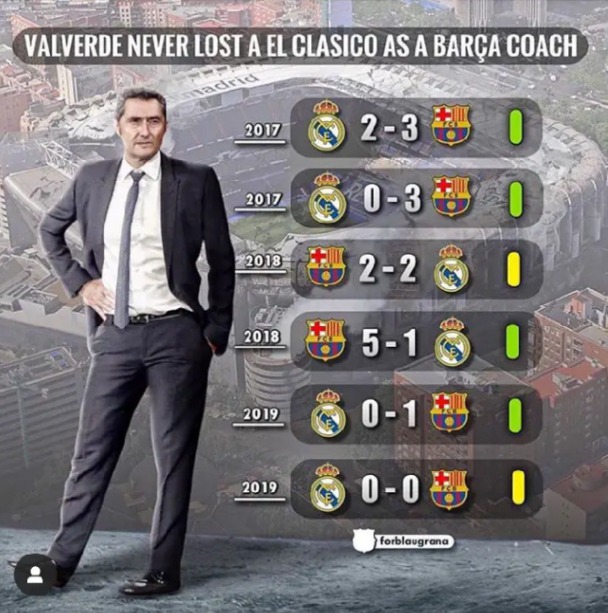 Ernesto Valverde is a former Spanish professional football manager and a former player. He was a former FC Barcelona coach based in Spain, competing in the top Spanish La Liga football flight. He has never lost a single El Classico match as a Barcelona coach and this is a plus in his career.

In 2017, he won both home and away the El Classico game between FC Barcelona and Real Madrid, in 2018 they drew against real Madrid on their first leg that ended 2-2 draw. Real Madrid is a Spanish-based professional football team, playing in the top tier of La Liga Spanish football, one of the world's most prestigious clubs, and widely supported around the world.

Their match against real Madrid ended 5-1 in2018, in favor of Barcelona at the end of the match, taking the 3 points.When Neymar signed for Barcelona, Valverde left the club.

Some of the club he played during his time includes,

During his time as a Barcelona manager, this is the results of his El Clasico matches

Content created and supplied by: Friskysports (via Opera News )