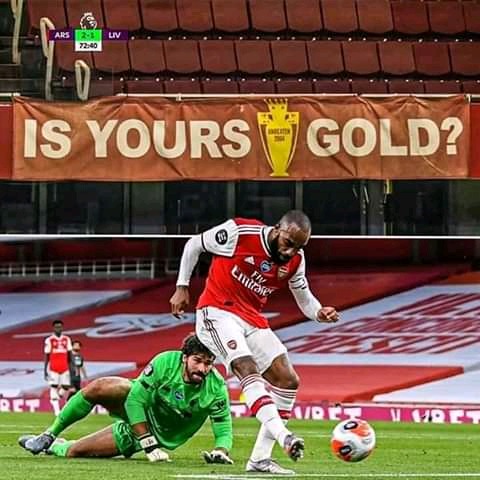 Liverpool won their first premier league title in 30 years and it sure many teams will be envying them, especially their incredible team and the wide point margin that they use in winning the title.

Meanwhile during tonight game between Arsenal and Liverpool at the Emirate stadium a banner was noticed with a caption of "IS YOURS GOLD".

The caption was simply referring to the arsenal invisible team that won the premier league in the 2004 season with an unbeaten record. For the incredible feat the Arsenal team were awarded a golden premier cup. The golden premier league cup was the first and the last of it's kind in the league as there has been no other team that have been able to achieve the incredible feat. 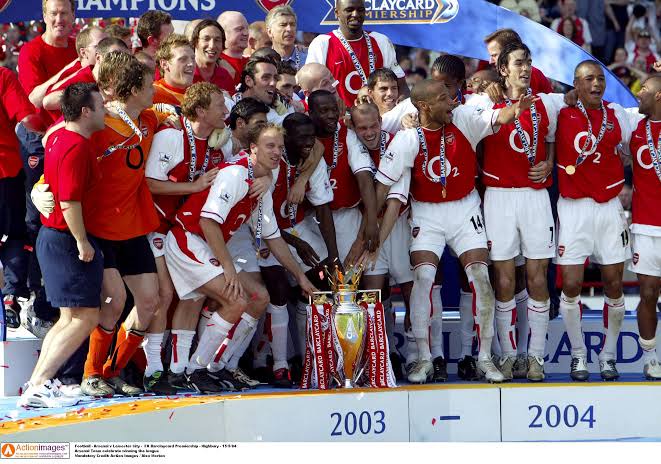 The 2003/04 Premier League season went down in history as a landmark one for Arsenal, who went the entire league campaign undefeated, with 26 wins and 12 draws, as they won the title by an 11-point margin.