By Dabliz (self media writer) | 1 year ago

"APC Will Remain In Power For The Next 100 Years" - Gagdi 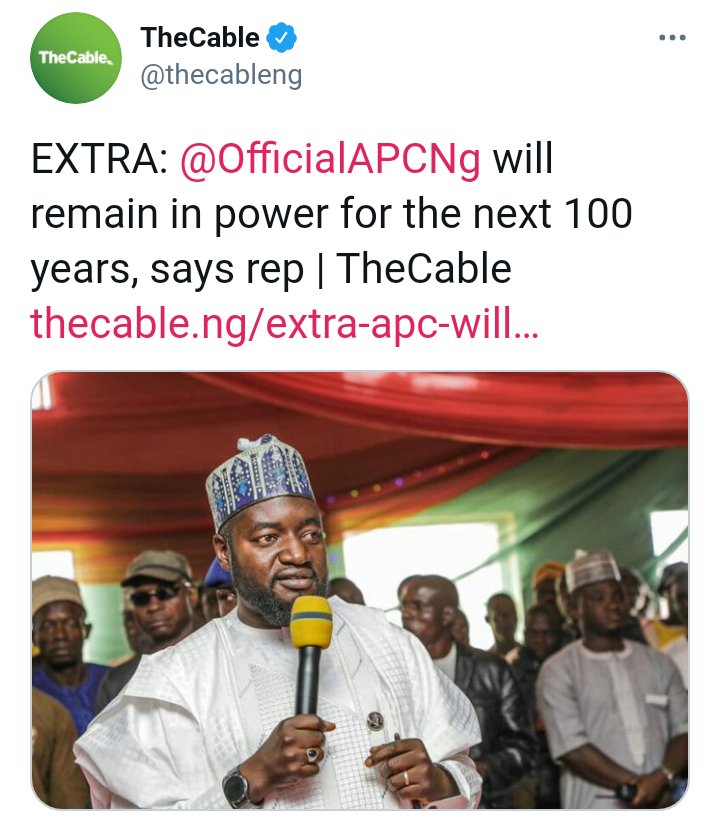 Yusuf Gagdi, a lawmaker representing Pankshin/Kanke/Kanam constituency, says the All Progressives Congress (APC) will remain in power for 100 years.

He said this shortly after revalidating his membership of the party in Gum-Gagdi, Kanam local government area (LGA) of Plateau.

According to him, the party has been gaining momentum since coming to power in 2015. 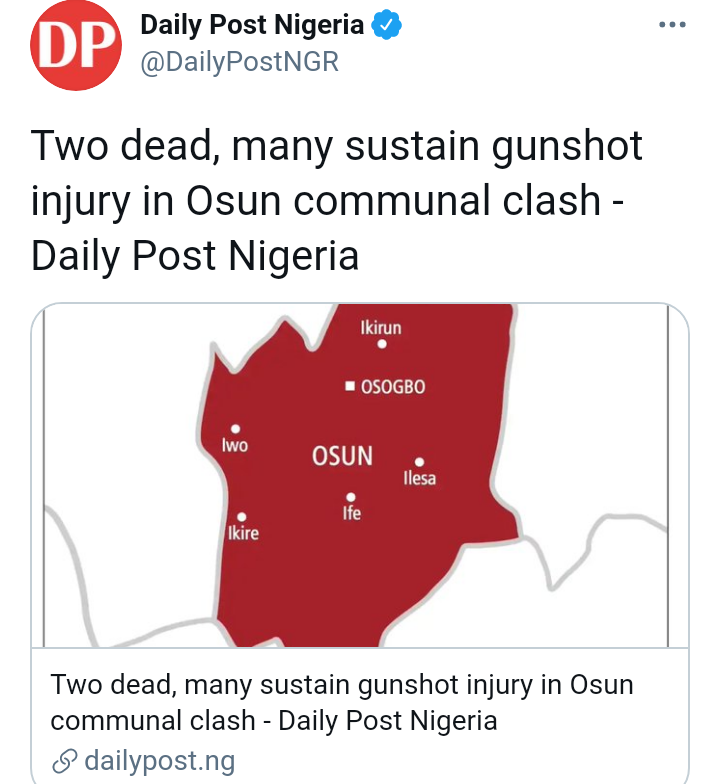 Two persons have been reported dead during a community clash that ensued on Saturday between Ilobu and Erin-Osun in Irepodun local government area of Osun State.

A source told DAILY POST that a man was shot dead on Sunday morning while another died of a gunshot wound around 11:am same day.

DAILY POST had reported that about four houses were destroyed, while six persons sustained gunshot injury in the communal crisis that ensued between Ilobu and Erin-Osun on Saturday.

The crisis, it was gathered, started around 3:pm on Saturday at Oke Awesi, one of the disputed areas. 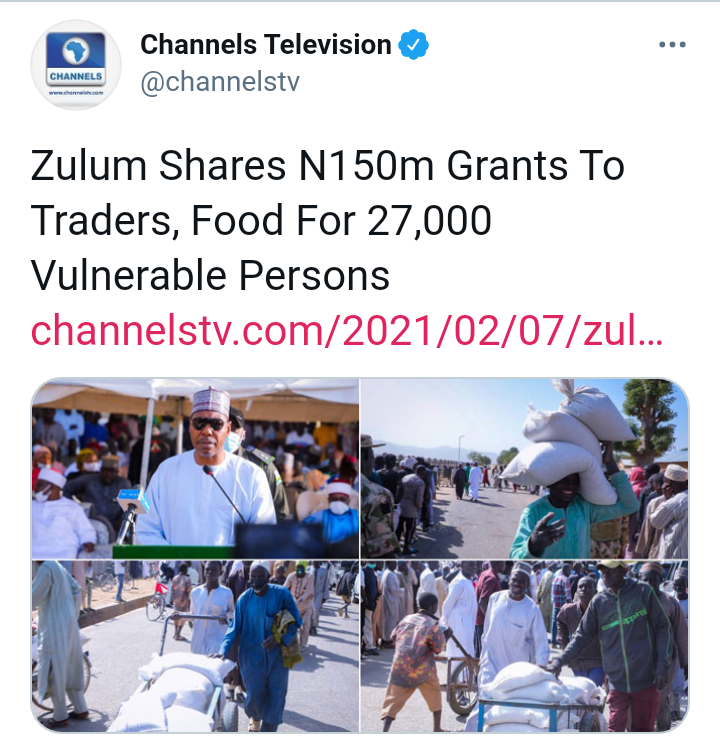 Governor Babagana Umara Zulum over the weekend was in the Gwoza Local Government Area of Borno State for humanitarian and developmental activities, which began on Friday, February 5.

After passing the night in the town, Zulum on Saturday shared N150million as soft loans and grants to small and medium-scale traders. 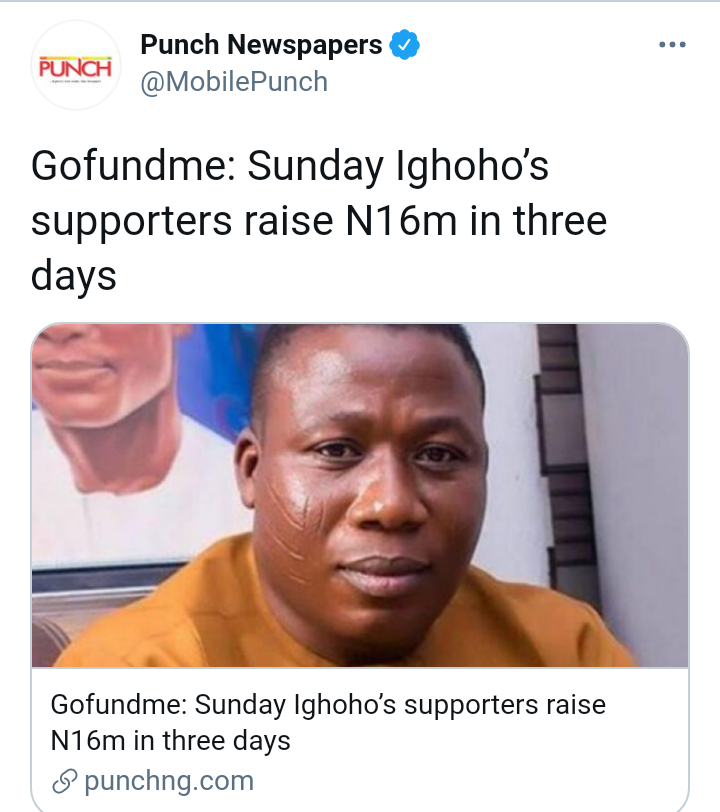 A fundraiser set up on Gofundme to help support Yoruba rights activist, Chief Sunday Adeyemo, also known as Sunday Igboho, has raked in £31,470(N16.4m) as of the time of filing this report.

The fundraiser with a target of N52.3m was organised by Maureen Badejo days after Igboho issued an ultimatum for Fulani herdsmen to vacate Oyo State.

To support his cause, Badejo created the Gofundme account, which has seen donations from Yoruba people in the diaspora, to help purchase buses to assist Igboho whom he believes will secure Yoruba land. 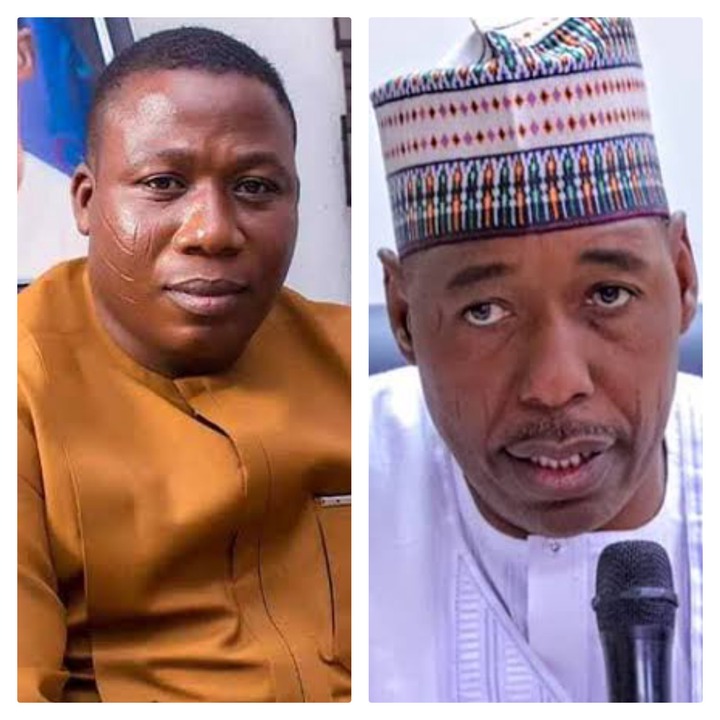 What's your thought on the 16 million naira that has been raised for Igboho?

Do you think Igboho will utilize the money effectively?