Philipp Lahm reveals what Arsenal, Man City or Chelsea need to do to emulate Bayern’s success 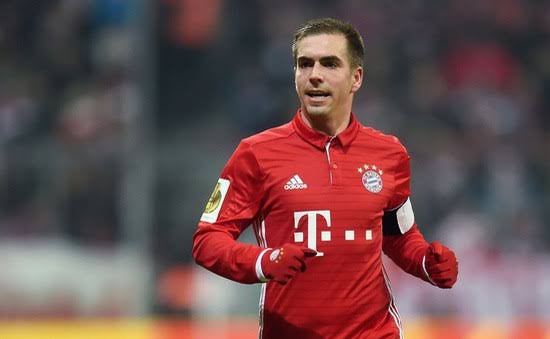 Premier League (PL) sees billions of money spend in each transfer window and this term it has been the same as well. While the likes of Chelsea, Arsenal and Manchester City have spent a fortune to fulfill their bucket list, Philipp Lahm has provided some advice on how to achieve success.

While most of the English sides depends on scouting and bringing big names with huge transfer fees, things are little different particularly in Germany. The German clubs are more into developing talents and giving opportunities to their own. Premier League and especially continental success are a hard grind. But with big budget and desire to rebuild many clubs depend on buying players. Philipp Lahm, taking a lesson out of his former club Bayern Munich’s book, has drawn the blue print of achieving success.

The German world cup winning skipper wrote in a Linkedin article, “The most important reason can be summarized very briefly: “Hansi Flick managed to establish the valid hierarchy in the team with just a few changes. The measure was successful right from the start – and has become more focused with each subsequent game. What does it mean to ,establish hierarchy? The coach has put his faith in a system of tried and tested players.”

Detailing the role of the likes of Robert Lewandowski, Manuel Neuer, Thomas Müller, Lahm revealed that these players are a big influence and they ‘shape and lead’ the success. He also talked about individual ,brilliances from certain members of the team and insisted that Flick blend all of these together to succeed.

However, to have a successful team and to compete on all fronts, bench strength plays a vital role and the recently crowned treble winners certainly possess that in abundance. “FC Bayern has never had such good substitutions as they have now. One must not forget that the biggest investments in the club’s history were made to bring Lucas Hernandez, Corentin Tolisso and Javi Martinez to FC Bayern.

“They have played a decisive role in the dominance of FC Bayern. Not only because they are available when they are needed – they build up a tremendous competitive pressure during training, which requires every player who wants to be in the starting eleven to give it their all. They create focus and ensure that every player who qualifies for the starting line-up has the quality that is necessary,” Philipp Lahm added further.

So far as the Premier League sides are concerned, Chelsea have gone on a shopping spree during the ongoing transfer window. They have got several big names in their squad and hopefully they can achieve greater success. Manchester City, on the other hand, continue to be a big force in Europe. Meanwhile, under new manager Mikel Arteta, Arsenal are in a rebuilding phase and hopefully will get back their glorious days in near future.

Content created and supplied by: Aisha0012 (via Opera News )