Juventus is one of the biggest names in club football and has been for a very long time. The most dominant Serie A team of this century, it is then no surprise that Juventus have got some of the best players in Europe donning their storied Black and White kit.

As such, Juve also foot the heaviest wage bill in all of Italy. After all, they've got some of the best players in the world right now like Cristiano Ronaldo, Matthijs De Ligt, Paulo Dybala among many others on their payroll. 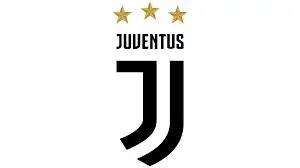 The Bianconeri, who have 35 league titles and 13 Coppa Italia titles to their name, play their home games at Allianz Stadium that can house nearly 42,000 people and as such, after the Covid break, players have been asked to take a wage cut.

However, when things go back to how they were before, normalcy is expected to be restored. That being said, let's take a look at how much each Juventus' first-team stars earns.

Rodrigo Bentancur is one of the most exciting young talents on Juve's payroll and he is currently one of the lowest earning members of the squad. However, he is pretty much due a raise.

Bentancur has been a solid presence in Juve's midfield all season. From 26 appearances in the league, the 23-year-old Uruguayan has provided 7 assists from central midfield.

The veteran goalkeeper and one of the greatest to have guarded the nets, Gianluigi Buffon is in the last chapter of an absolutely stellar career. Now a deputy to Wojeich Szczesny, Buffon has only started for Juventus 8 times in the league.

In the twilight of his career at 42-years-old, Buffon is still quite a presence between the sticks and he earns £45,900 a week.

The 27-year-old Mattia De Sciglio is one of the lowest earners for Juve and he himself takes home a whopping £55,000 a week. The 27-year-old fullback joined Juventus in the summer of 2017.

However, he has missed a great chunk of the season owing to an elongation of the large adductor muscle of the left thigh and has only appeared a total of 13 times for the Old Lady this season.

The ever dependable Alex Sandro's current contract runs till 2023 and he earns a £55,000 per week which is quite lowly as per Juve's standards.

Sandro has appeared 25 times in the league and 5 times in the Champions League this term. From 36 appearances across all competitions, the Brazilian has provided 4 assists and scored 1 goal so far this term.

The 25-year-old understudy to stalwarts like Georgio Chiellini and Leonardo Bonucci, Daniele Rugani is not yet a main feature in Maurizio Sarri's setup.

The Italian international has only started 8 games across all competitions this season. His current contract runs till 2023 and is expected to have a long career at Juventus. That is, if he improves his tackling which is a skill that any centre-back ought to master.

The Juventus goalkeeper Mattia Perin, who is currently on loan at Genoa is considered to be one of the best Italian goalkeepers of his generation. What Perin lacks for in height (at 6 ft 2), he makes up for with his agility, shot stopping abilities and bravery.

He re-joined Genoa on loan in January and will return to Juventus at the end of the season. He currently takes home £70,000 a week.

The 26-year-old fleet footed winger can be quite a tough proposition for any fullback on his day. The Italian international who is not yet a full-fledged regular in the Maurizio Sarri setup does still chip in occasionally though fans will argue that he has to up his productivity.

After all, he has only 1 goal and 1 assist from 33 appearances across all competitions this season. He is definitely capable of more. Bernardeschi is a good set-piece taker and has a mean cross in him. However, his defensive contribution on the flanks is often found to be below par.

Wojciech Szczesny has largely taken over from Gialuigi Buffon for Juventus and the 30-year-old has been a solid presence for Sarri's side between the sticks. The former Arsenal goalkeeper has guarded the net 25 times in the Serie A this season and has kept a clean sheet in 10 of them.

Juventus share the best defensive record in the Serie A with Lazio presently and it is no small part owing to Wojceich Szczesny. He takes home £130,000 a week.

The former Real Madrid midfielder and World Cup winner is next on the list earning £130,000 per week. Though he is not a consistent presence in Juve's strong midfield at the age of 33, he still dispenses his duties neatly whenever called upon.

At 33-years-old it is unlikely that the defensive midfielder will get a wage boost and this is perhaps as high as he will earn before he has to call it a day on an illustrious career.

The veteran French midfielder continues to be a regular in the Juventus midfield despite being 33-years-old. Agile and athletic, Matuidi is a hard-working midfielder who lends a great amount of stability to any midfield with his tackling and ball retention ability and Juventus have benefitted from his presence greatly.

Matuidi signed a one year extension to his contract and is now tied to the club till the summer of 2021 and he takes home £130,000 per week.

That Juventus have an ageing squad is no secret. But their efficiency is still not under question. The Colombian winger Juan Cuadrado continues to be a solid player on the flanks for the Bianconeri.

At 32-years-old, Cuadrado has started in 25 games for Juve in the Serie A this term. The veteran has scored two goals and provided 5 assists in the league. He has also scored one and setup another across 5 appearances in the UEFA Champions league.

Chiellini has had a great career at Juventus and after extending his contract till 2021, it might not be surprising to see the legendary centre-back hang his boots at the end of next season.

Chiellini has not featured much for the Old Lady much this season having made just 4 appearances for Sarri's side this season. He earns £130,000 per week.

Even at 33-years-old, Leonardo Bonucci is Juventus' go-to man at centre defence and is still quite a tough proposition for any striker in Europe to go up against. Bonucci has started 32 league games for Juve this term and has also chipped in with 3 goals.

Bonucci, a ball playing centre-back, is pivotal to Juve playing out from the back. The Italian centre-back's current contract runs till 2022 and currently earns £180,000 a week.

Though he has been linked with big money moves away from Juventus, the Brazilian winger has stayed put and continues to run Serie A defences ragged with his pace and incredible ability to beat players.

Douglas Costa, who signed his latest contract extension 2 years back, is tied to the club till 2022. The 29-year-old takes home £190,000 per week for services rendered.

Miralem Pjanic will join Barcelona at the end of the season. He was involved in a swap deal that will see Barcelona midfielder Arthur coming to Turin. The Bosnian midfielder has been Juve's chief conductor of play from the centre of the pitch and he will be sorely missed when he leaves.

The 30 greatest free-kick takers of all time have been ranked by fans.

Pjanic has scored thrice and raked in 5 assists from 28 assists in the Serie A. The 30-year-old Juventus midfielder pockets £210,000 per week at Juve. 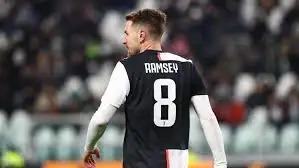 Another one of Juventus' famed free-agent additions, the former Arsenal midfielder Aaron Ramsey is yet to fully settle down in Turin. However, people who have seen him ply his trade in the Premier League will know that there is no doubting the 29-year-old's ability.

The lanky 25-year-old defensive midfielder Adrien Rabiot joined Juventus from Paris Saint-Germain in the summer of 2019. In a crowded midfield setup, Rabiot is yet to fully come to his own as he definitely has the talent to go on and be a vital cog in Juve's midfield.

Rabiot is a good passer of the ball and is slick with the ball at his feet as well. He also packs a mean shot and fancies himself from distance any time he is afforded space. Rabiot is one of the younger members of this ageing squad and tied to the club till 2023, he currently earns £225,000 per week.

The Argentine midfielder was on the verge of leaving Turin last summer and going by his exploits this year, it doesn't take a genius to understand what an ill-advised piece of business it would have been to let him go.

The fleet footed Argentine is a master creator and as a number 10, he is lethal. Dybala has a lethal shot in him and is a creative genius who loves to exploit the space between the opposition team's midfield and defence.

The veteran Argentine forward continues to be a dependable campaigner upfront for the Bianconeri. Having reunited with his former strike partner at Real Madrid, Cristiano Ronaldo, Gonzalo Higuain has not exactly been at his menacing best but he's still chipped in with crucial goals this term.

Higuain has scored 10 goals and 6 assists in all competitions this season for Juventus. He still earns a whopping £240,000 per week at Juve.

Matthijs De Ligt was one of Juve's most famous acquisitions in recent years. The much sought after young centre-back joined from Ajax in the summer of 2019. After experiencing some teething issues playing alongside a few experienced campaigners at Juve in the beginning, De Ligt has settled down.

In addition to holding down the defensive third alongside Bonucci, De Ligt has also chipped in with 3 goals. The Dutchman is the second highest earner in the team and bags £240,000 per wekk. 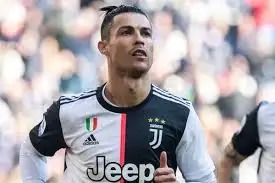 Though Cristiano Ronaldo topping this list shouldn't surprise anyone, the sheer amount of money he takes home could. The Portuguese legend who needs no introduction takes home a million pounds a week if our sources are to be trusted.

There is no doubt as to whether Ronaldo has bettered this Juventus setup. From 41 appearances across all competitions, Cristiano Ronaldo has scored 32 goals and set up 5 more. 28 of his goals have come in the Serie A from 29 appearances.

Yes, his numbers continue to be astronomical in terms of productivity and salary.