By Henryslaw (self media writer) | 21 days ago

Four teams have advanced to the UEFA Nations League semi-finals. Italy will face Spain on October 6th, 2021, while Belgium will play France on Thursday, October 7th, 2021.

WhoScored.com has revealed their combined UEFA Nations League finals XI. The analysis was conducted on players who appeared in at least four games in their respective leagues during the 2021/2022 season. Mike Maignan of AC Milan is the squad's highest-rated goalkeeper. He was given a rating of 6.87.

There are four more French players on the team. That is Lucas Hernandez, Paul Pogba, Kylian Mbappe , and Karim Benzema. Pogba has 7 assists this season in the English Premier League, while Benzema has 9 goals and 7 assists in La Liga.

The defense is made up of three Spanish players, including Chelsea left back Marcos Alonso, who has a rating of 7.47, I. Martinez, and Cesar Aziplicueta, who also plays for Chelsea.

Chelsea's starting center striker Romelu Lukaku is the lone Belgian in the squad. This season, he has three Premier League goals.

Here's how the squad is set up. 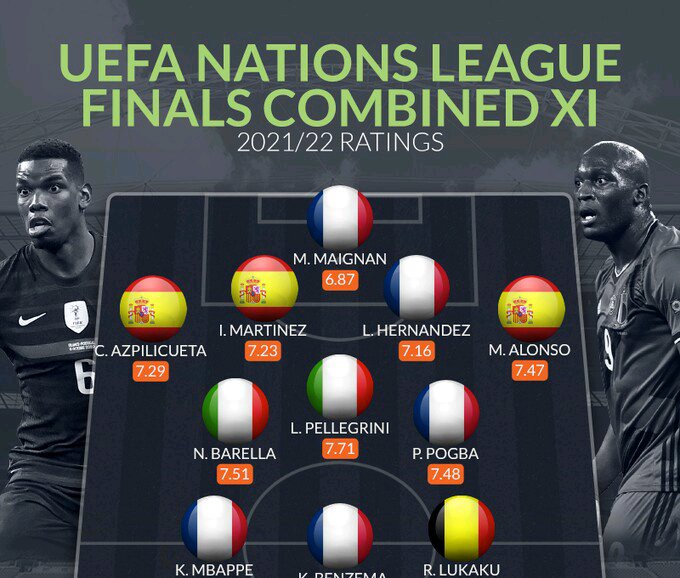 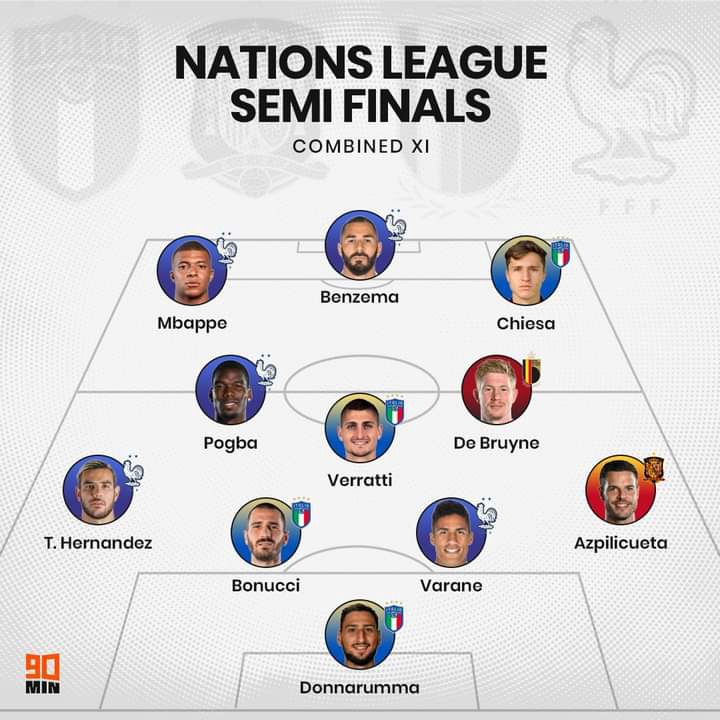