By Stylesherrera12 (self media writer) | 2 years ago 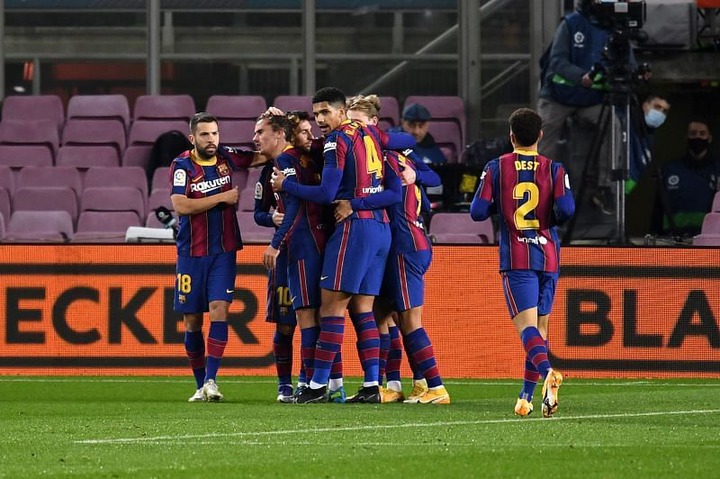 The Camp Nou witnessed a hard-fought battle earlier today as Barcelona edged past a determined Levante side by a 1-0 margin to move to eighth place in the La Liga standings. Lionel Messi was Barcelona's saviour yet again on the night and scored the only goal of the game in the second half.

The Catalan giants registered 24 shots against Levante but a combination of excellent goalkeeping and profligate finishing delayed what was a crucial victory. Ronald Koeman will be happy with the three points but has several problems to solve as Barcelona navigate a hectic schedule in the coming weeks

Barcelona started the game on a positive note and pressed Levante into their own half on several occasions. The away side did threaten on the counter and created two excellent opportunities to take a shock lead in the first 20 minutes.

Barcelona put their foot on the pedal after the half-hour mark and created a series of chances at the opposite end of the pitch. Clement Lenglet was given the best chance of the first half but failed to direct his shot into an open goal from close range. 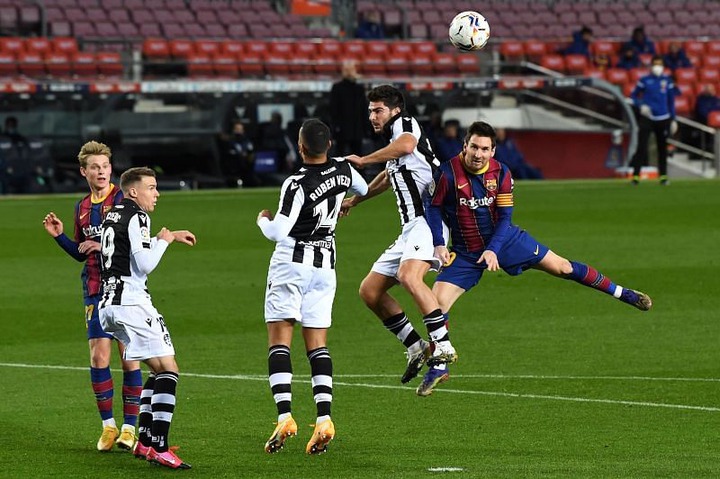 Levante resisted Barcelona's efforts in the first half

The Catalan giants finally broke the deadlock in the 76th minute after some excellent work from Martin Braithwaite and Frenkie de Jong released Lionel Messi on to Levante's goal. The Barcelona captain made no mistake with his finish and scored one of the Blaugrana's most important goals this season.

Levante gave Barcelona a few tense moments towards the end of the game and pushed ahead in search of an equaliser. The Catalans held on admirably, however, and ended their losing streak with a crucial victory against Levante. 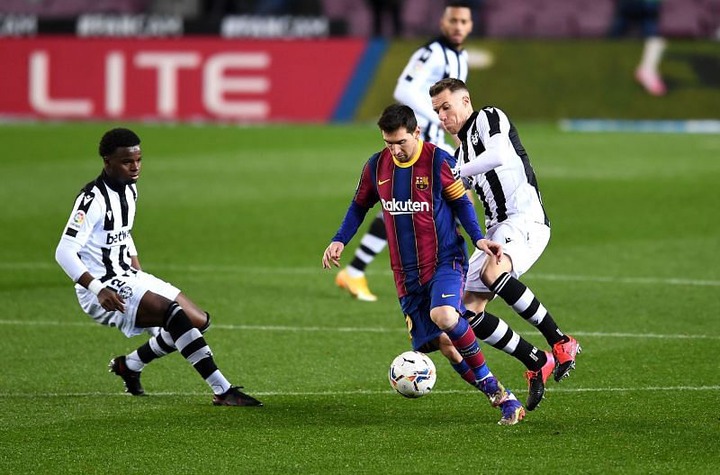 Marc-Andre ter Stegen has spared Barcelona's blushes on several occasions over the past few years and made yet another important save to deny Jorge de Frutos the opening goal in the first half. The German goalkeeper was a reliable presence towards the end of the game and kept a well-deserved clean sheet.

Ronald Araujo was arguably one of the best players on the pitch for Barcelona and made a number of crucial interceptions throughout the game. The Uruguayan centre-back nipped several Levante counter-attacks in the bud and is set to keep his place in the starting line-up.

Clement Lenglet had a poor first half and was outpaced by Roger Marti and Dani Gomez on a few occasions. The French defender should have given Barcelona the lead but inexplicably blazed his shot over the bar before half-time.

Jordi Alba was far too predictable with his attacking moves on the left flank and his crosses were easily intercepted by a disciplined Levante defence. The left-back has been far below his best this season and needs to step up to the plate as a senior member of Barcelona's squad. 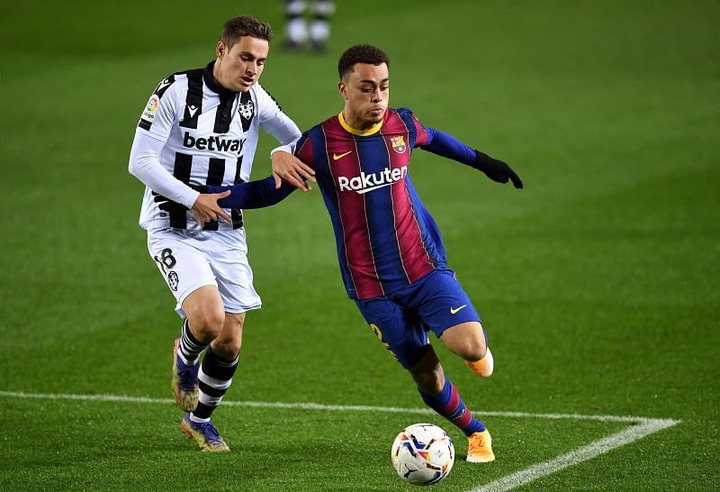 Sergino Dest had a good game

Sergino Dest showed plenty of intent in the final third and was a lone warrior on Barcelona's right flank. The right-back did make a few mistakes on the ball and has plenty to learn with Barcelona this season.

Sergio Busquets was tidy with his passing but did not have a particularly excellent game by his standards. The Catalan veteran was replaced by Pedri in the second half as Barcelona chased the opening goal.

Frenkie de Jong has often been criticised for his underwhelming performances at Barcelona but seemed close to his best in this game. The Dutch midfielder burst into the final third with several excellent runs and bagged a well-deserved assist with a precise pass to Lionel Messi.

Philippe Coutinho endured a disappointing outing for Barcelona and needs to take it up a notch to justify his price tag. The Brazilian midfielder did have a few bright moments but was inaccurate with his passing and decision-making in the final third. 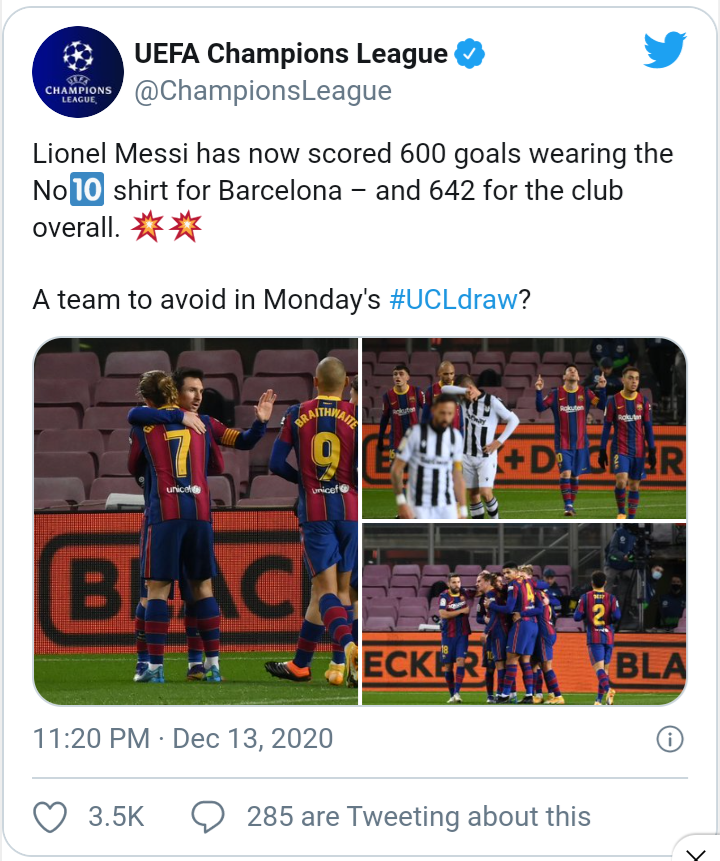 Antoine Griezmann did not score a goal today but managed to make a considerable impact on the game with his work-rate and link-up play. The French forward is finding his feet at Barcelona and will want to improve his goal tally in the next few games.

Lionel Messi was unsurprisingly involved in most of Barcelona's attacking moves and had an intriguing duel with Levante shot-stopper Aitor Fernandez throughout the game. The Argentine talisman finally had the last laugh with a near-unstoppable finish but will need to be back at his best to revive Barcelona's fortunes this season.

Martin Braithwaite has made waves at Barcelona this season and will have impressed the team management with another robust performance. The Danish striker did miss a few chances but made up for it with his tenacity and awareness in the penalty area. 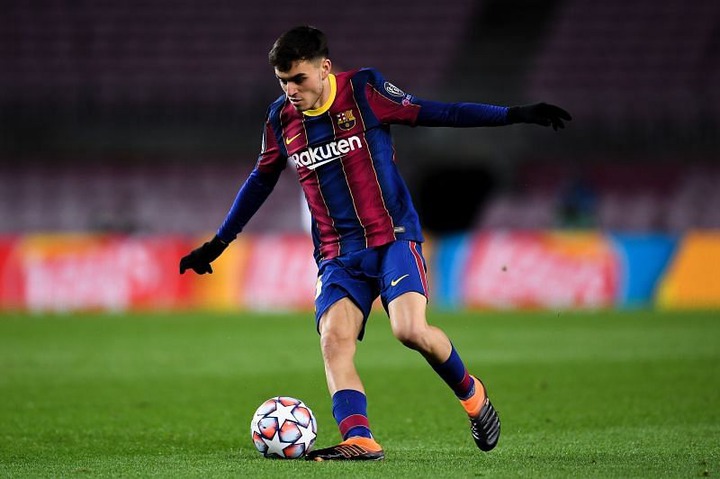 Pedri had a good game

Pedri replaced Sergio Busquets in the second half and had a positive outing as Barcelona looked to break the deadlock. The teenage prodigy had several creative touches and is likely to start against Real Sociedad this week.

Francisco Trincao had only 20 minutes on the pitch and did not have enough time to make an impact on the match.

Content created and supplied by: Stylesherrera12 (via Opera News )