Escober the man that was killed for scoring an own goal

By IceGeng (self media writer) | 1 year ago 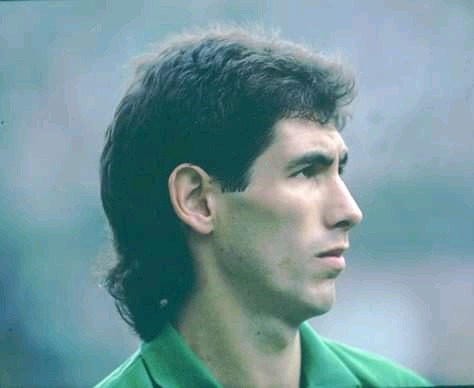 The United States had tied its first match of the 1994 world cup, battling Switzerland to a 1-1 draw. Back then, the top two teams from each of the six groups advanced to the knockout stage, as did the top four third place finishers. So this was a most win for Andres Escober and Colombia, who were already in last following the first day of group A play.

Escober had been a defender essentially his entire career. It wasn't his job to score goals, it was his job to keep the other team from doing so. But on June 22 1994, he scored the wrong type of goal : the dreaded own goal.

In the 34th minute of the opening half, with the score tied 0-0, U.S mid fielder John Harkes attempted a left wing cross into the box but there was Andre Escober to deflect. The problem was that he deflected the ball into his own goal, giving the U.S a 1-0 lead . The U.S went on to win the match 2-1.

Colombia was able to win their third match of the world cup, a 2-0 victory over Switzerland, but with Romania beating the U.S., the Columbians were eliminated.

Following Colombians elimination from the world cup, Andres Escober returned to his home country, determined to move on with his life despite pleas from his lover ones to lay low as fans were still very upset. Upon his return, he wrote a statement that appeared in El Tiempo, a newspaper in Bogota, a Statement that only a few days later would become one of the most chilling things ever written. 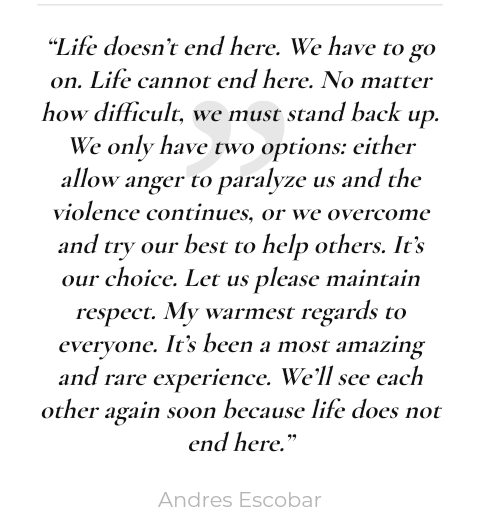 On the night of July 1 1994, Andres Escober,known by fans as "the gentleman of the field " due to his extremely calm demeanor and clean play on the pitch, went out with friends. They hit up a few bars in Escober's home town of Medellin but parted ways late in the night. At approximately 3:00 am on the morning of July 2, Escober was alone in a parking lot when he was approached by a group of men who argued with him about the unfortunate own goal. A scuffle ensued and Escober was shot six times and left to die.

Content created and supplied by: IceGeng (via Opera News )