CHE vs VIL: Checkout 6 Chelsea Men That Impressed With Their Performances In The Super Cup Win

Chelsea have added the prestigious UEFA super cup to their ever growing trophy cabinet, the blues went up against Unai Emery's Villarreal and they narrowly came out on top after 120 minutes of football and a dramatic penalty shoot-out. The victory over the yellow submarines wouldn't have been possible without some wonderful performances from some of the the Chelsea players and ultimately Thomas Tuchel, the blues opened the scoring through Hakim Ziyech, they maintained the narrow lead for the entire first half but Villarreal found a way to split their well organized defence in the 73rd minute.

Some beautiful one touch football created a shooting opportunity for Gerard Moreno and the Spaniard made no mistake from close range as his shoot flew past Edouard Mendy, Chelsea eventually won the game in penalties after 30 minutes of extra time still ended in a 1-1 draw. The UEFA Super Cup victory was definitely a team effort from the entire Chelsea squad but 6 men were very exceptional for the blues, Checkout the 6 men that had the most eye catching performances. 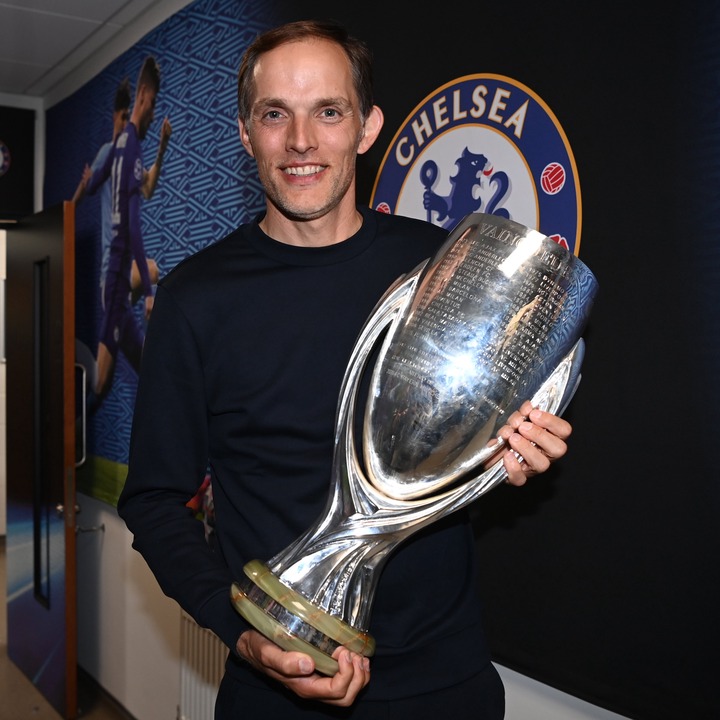 The German tactician was in his best tactics element, although his starting XI was missing some senior players but the players he selected didn't disappoint, the height of his tactical brilliance was when he Introduced Kepa Arrizabalaga for Edouard Mendy, the Spanish goalkeeper would go on to make two penalty saves that won the game for Chelsea. 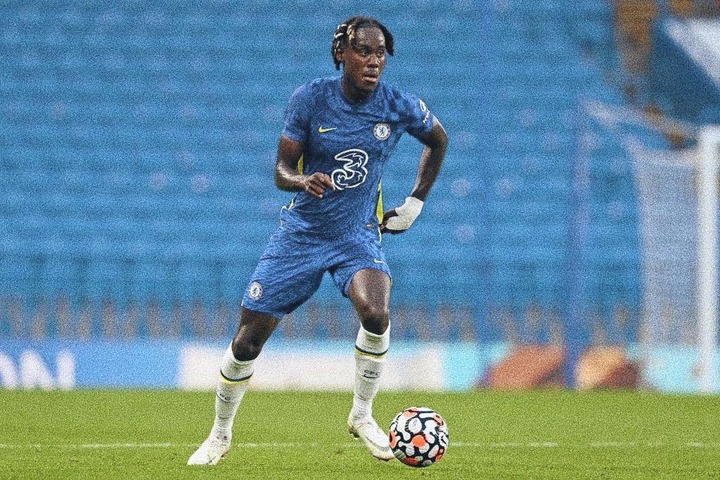 Chalobah was the best of the three center-backs that featured for Chelsea in the game, the youngster didn't look out of place as he played in such a huge and important game.

His stats from the game shows just how Impressive he was, no player from the game made more Interceptions than the Chelsea academy graduate. 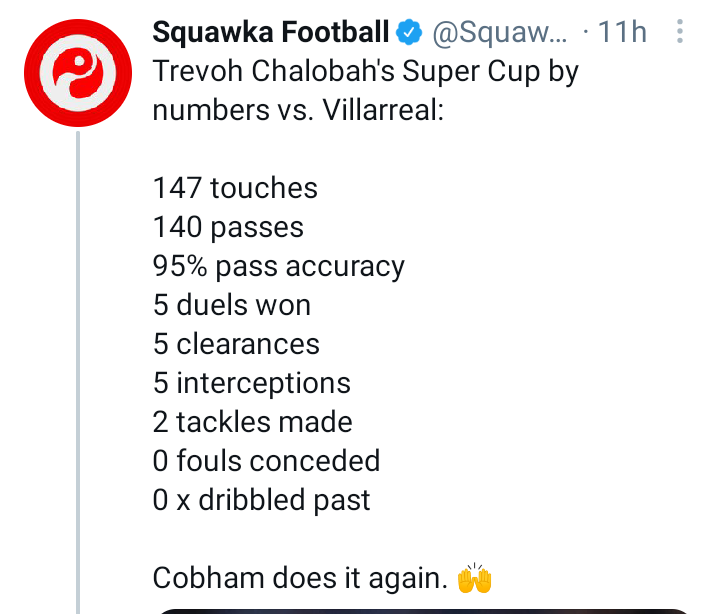 Kepa Arrizabalaga was the hero of the night as his two saves won the tournament for his team, the Spanish goalkeeper has been criticized for his poor performances over the last two seasons but his performance yesterday night showed just why Chelsea made him the most expensive goalkeeper in the history of football. The goalkeeper kept Chelsea in the game with some wonderful saves, although he made an error when he slipped as he tried to take a goal kick but he made up for it with a low save some moments later. 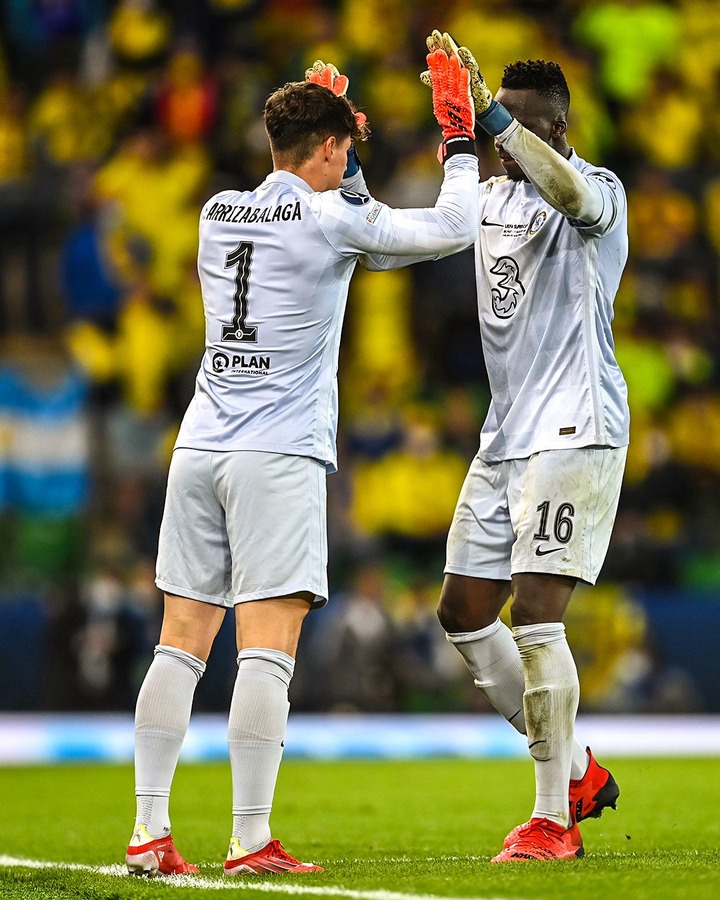 Kante was Captain of the day and the French midfielder led by example, he was just his usual self winning tackles up and down the pitch. 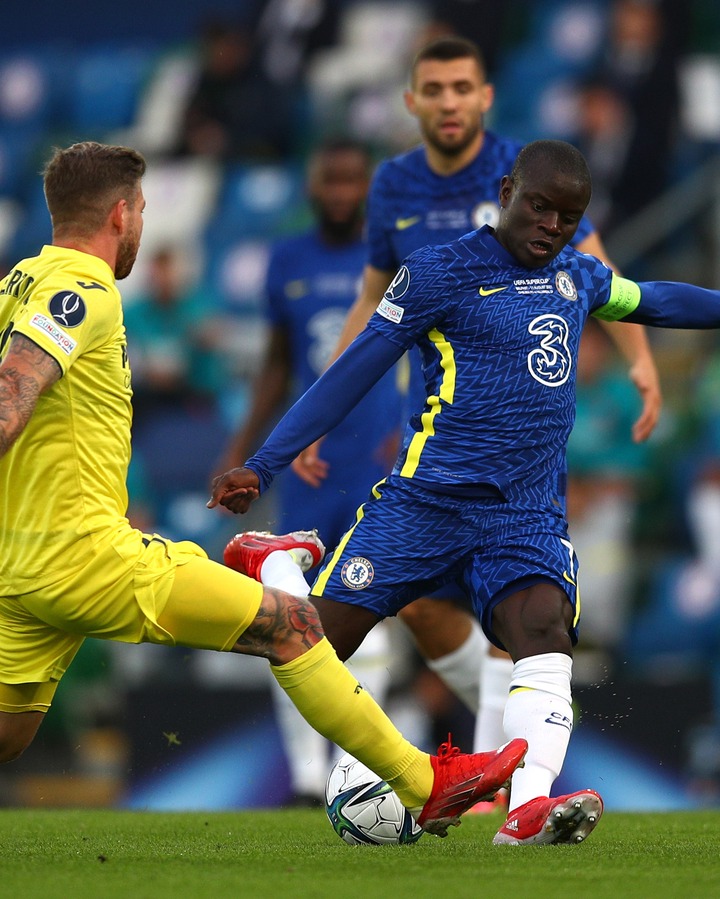 Before he got injured he was the best player on the pitch he had a goal to show for his efforts, it's a shame his participation was cut short by the injury. 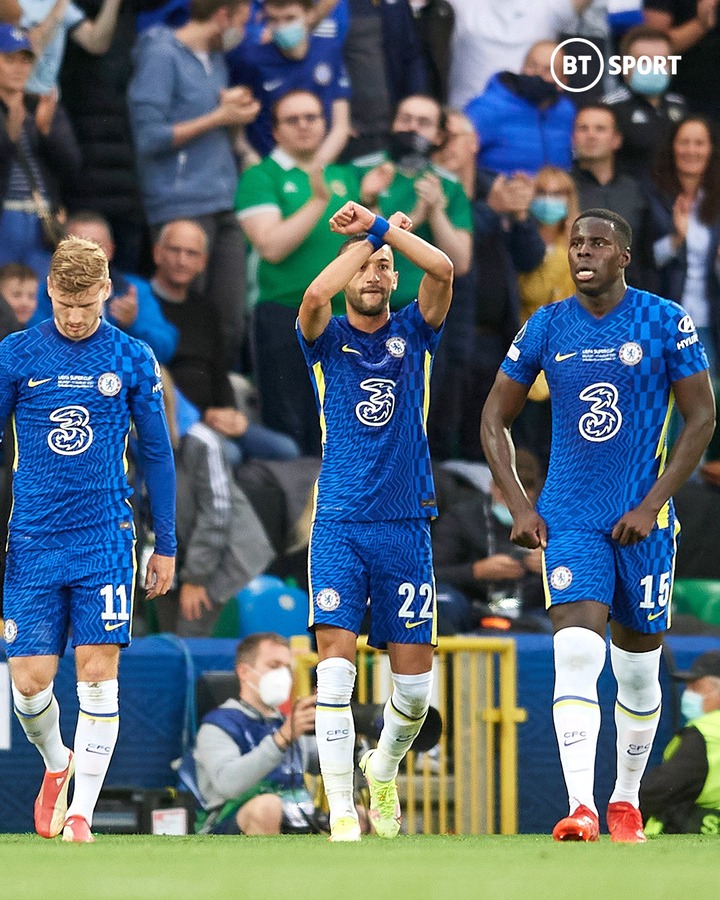 Who was your man of the match ?