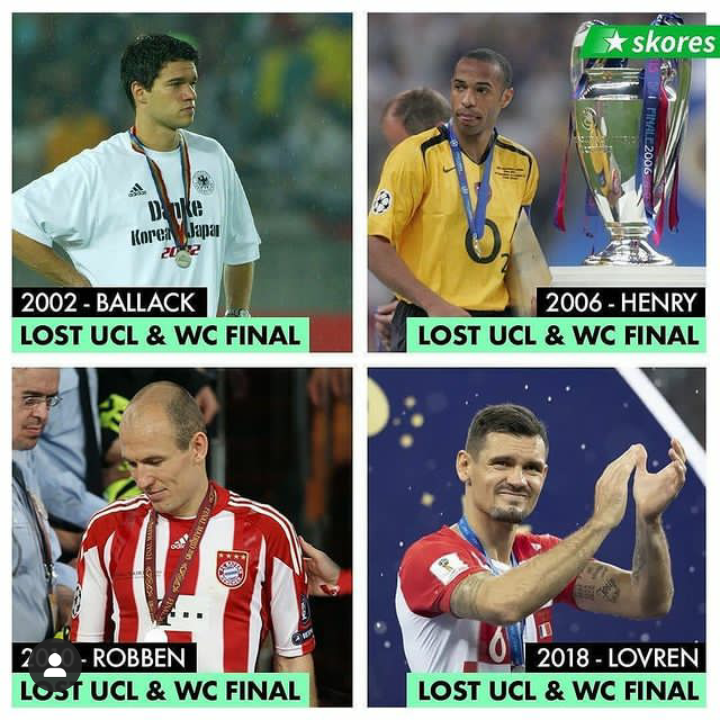 The 44-year old German international loss to Real Madrid while he was at Bayer Leverkusen on May 15, 2002. The match ended 2-1 with Real Madrid Zinedine Zidane winning the man of the match. He also lost the 2002 FIFA World cup final to Brazil in a 2-0 defeat as a yellow card in the semi-final prevented him from playing the final.

The France international lost the 2006 Uefa champions league final against Barcelona while at Arsenal. The Gunners hadn't tasted defeat on their run to the final beating Juventus, Real Madrid and Villareal. On July 1st, 2006, he also saw France losing to Italy. After a 1-1 draw at fulltime, Italy won 5-3 on penalty.

The 31-year old Croatian international loss to Real Madrid in the Champions league final in 2018. The game ended 3-1 with Gareth Bale winning the man of the match. On July 15, 2018, Croatia also lost 4-2 to France in the FIFA world cup final.

Mixed Reactions As Timo Werner Was Caught On Camera Checking Himself