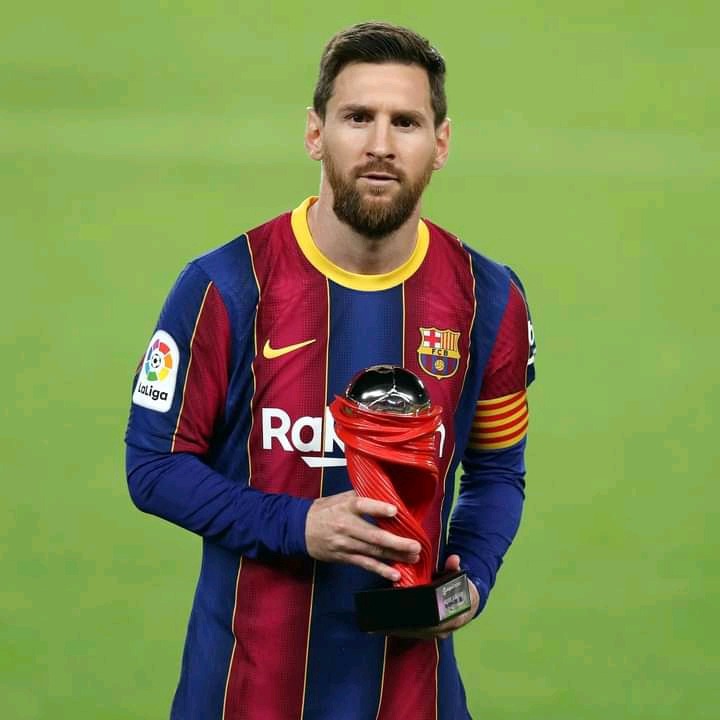 Barcelona superstar Lionel Messi is one of the greatest gift that the football world has ever seen.

The Argentine superstar who has dominated football alongside Cristiano Ronaldo in the for the last 15 years has shown time without numbers that he is not just a beautiful footballer, but also a good human. 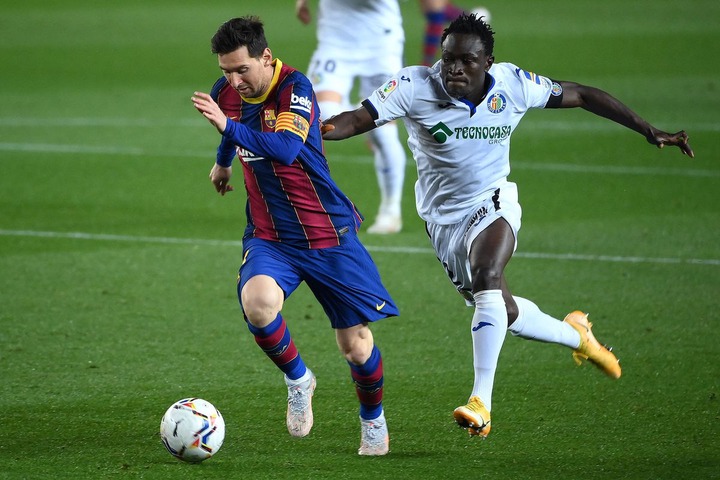 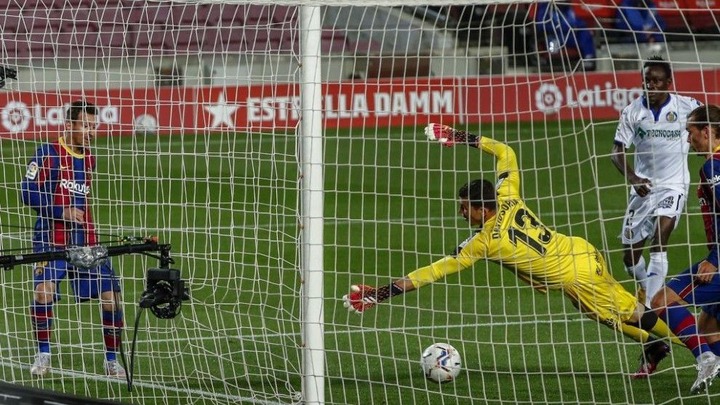 As if his humility wasn't a virtue good enough, the 33 year old attacker did something yesterday that amazed the football world (rival fans included) .

With Barcelona 4-2 up in their game against Getafe yesterday and Lionel Messi on a hattrick, the Catalans were awarded a a late penalty which presented the South American with the perfect opportunity to get himself a hattrick. However, in what was a totally selfless act, Lionel Messi passed up the penalty and instead gave it up to Antoinne Griezmann who easily dispatched the spot kick. 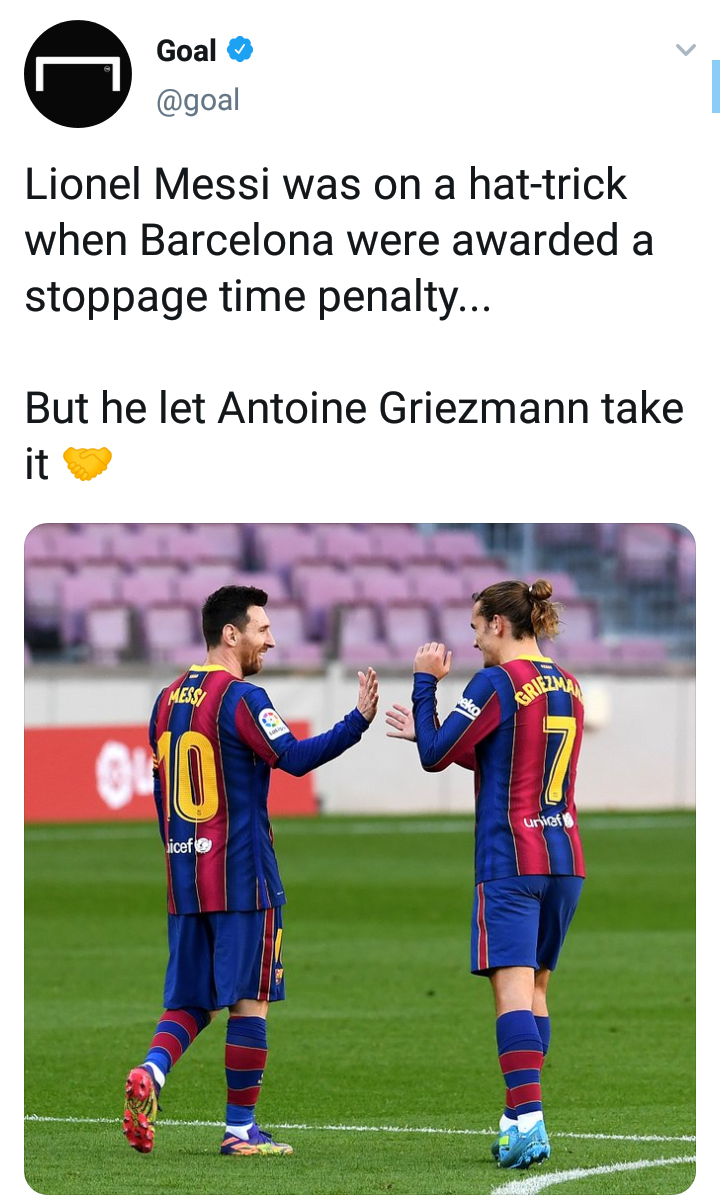 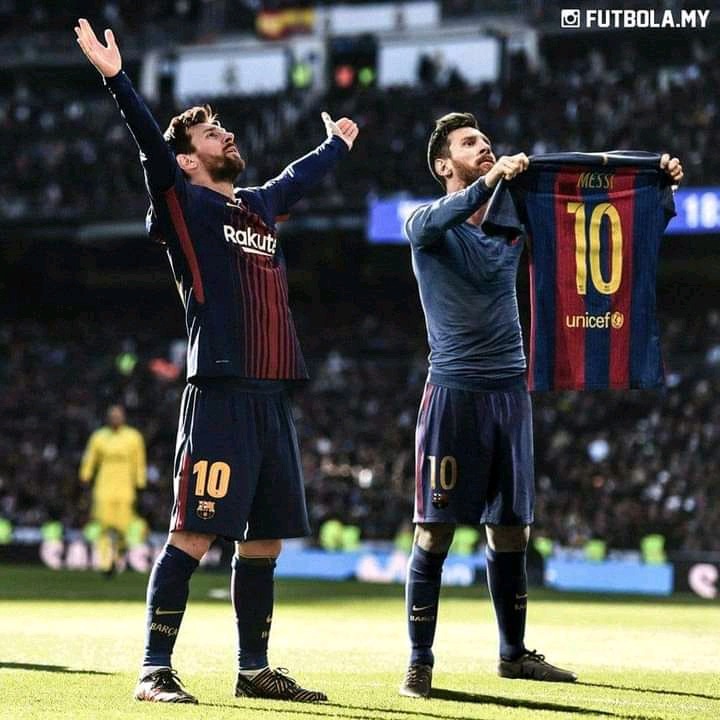 Such act of selflessness is very rare amongst footballers and a quick reminder that this is not the first time the Argentine is doing something like this for one of his team mates.

Well, i say this with all due respects but i don't think such act of selflessness by Lionel Messi can also be shown by Cristiano Ronaldo who has recently come in for criticism after reportedly clashing with his teammates over his recent goal drought with the Portuguese blaming them for not passing the ball to him in goalscoring positions. 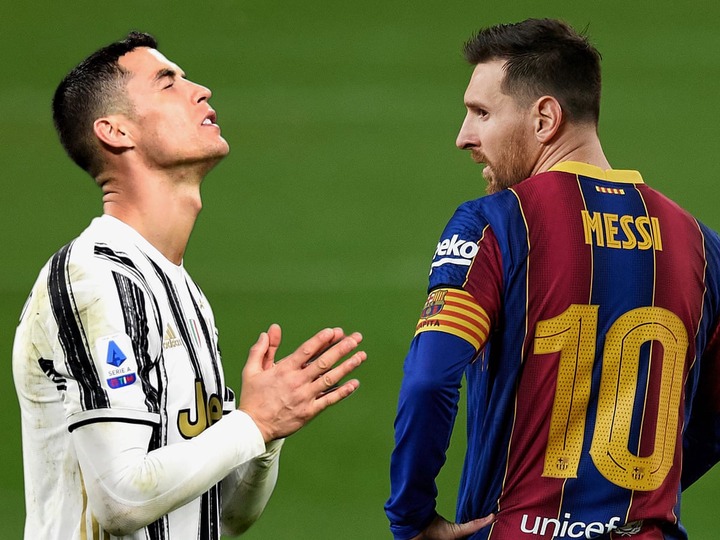 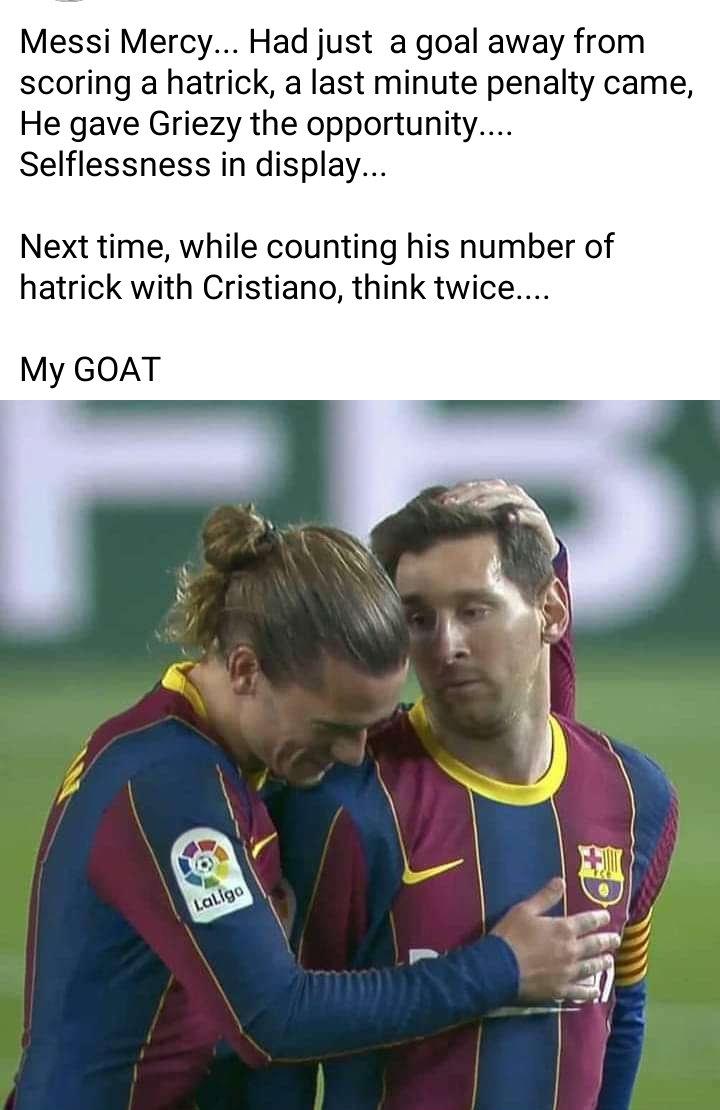 While acknowledging that Cristiano Ronaldo might be kind in his own way, i don't just think he can display such level of selfless act displayed by Lionel Messi on the pitch.

Do you think Cristiano Ronaldo could have shown a similar act of selflessness to his team mates? Kindly drop your comments in the comments section below.