NPFL: How The Table Changed After Yesterday's Matches

By HonEsiNwannekaAbraham (self media writer) | 11 months ago

The Nigerian Professional Football League table changed after yesterday's matches as some teams moved to higher positions while others moved to lower positions. The reason for the changes was the mixed full-time results at the end of those encounters. 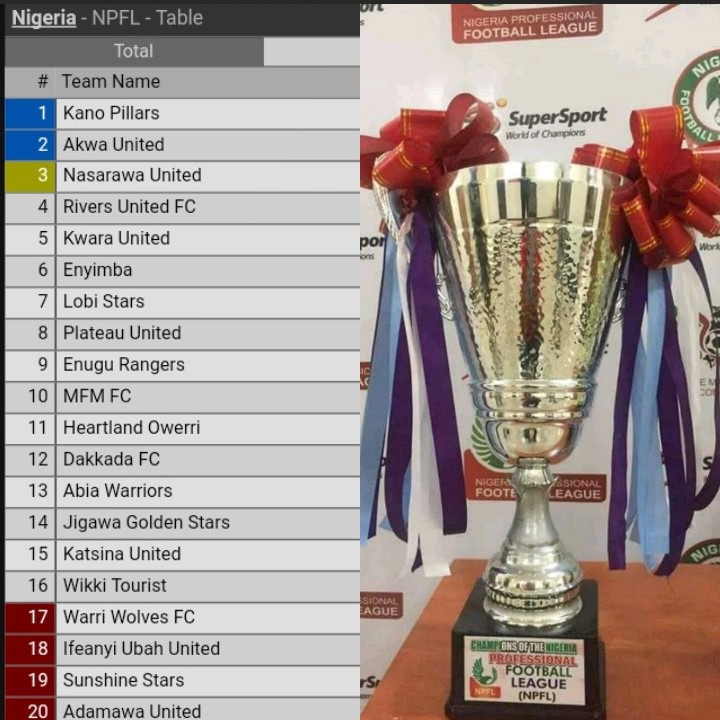 Eyimba FC hosted Adamawa United and subdued them by emerging 2-1 winners. It was really a narrow win but the points were crucial.

Jigawa Golden Stars shared the points with Wikki Tourists as the encounter ended 1-1, while Lobi Stars got a narrow win over Enugu Rangers.

Warri Wolves didn't get a point as they suffered a 3-1 defeat in the hands of Nasarawa United. Katsina United also lost three points to Plateau United. They lost 2-0. 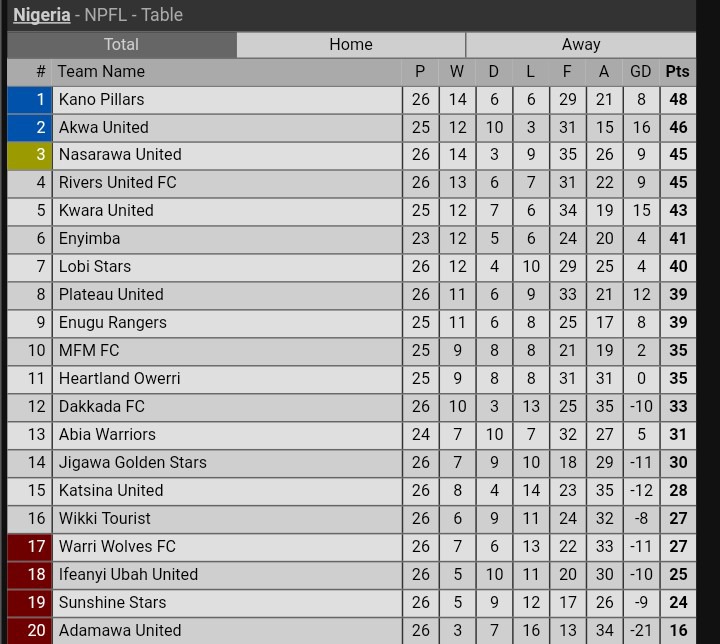 What is your opinion about this current table?