Fans of the Arsenal Football club have continued to keep up the hopes that their captain and star man, Aubameyang will sign a new deal. 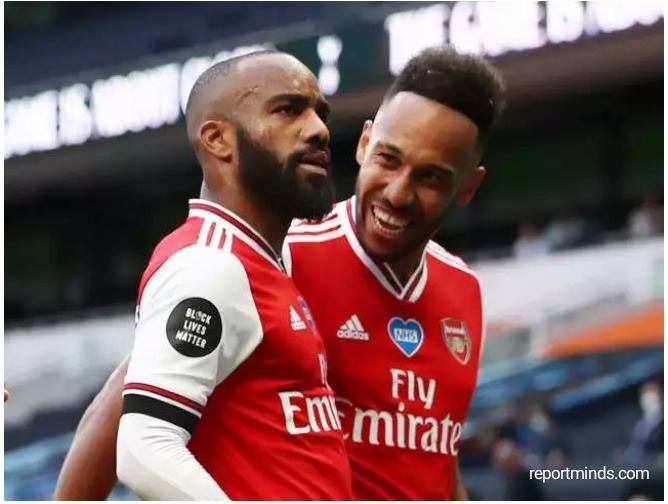 It's been gathered that the contract talks between the club and the Gabonese is yet to be agreed.

Reports suggests that Aubameyang who is the top scorer of Arsenal this campaign wants an improved pay rise to 250,000 pounds per week to sign a new deal.

Although, Mikel Arteta side might be looking at selling the 31-year-old this summer inorder to prevent him leaving as a free agent in summer of 2021.

The former Borussia Dortmund star is second in league too scorers with 20 goals scored in the league.

Meanwhile, his striking partner, Alexander Lacazette has revealed that he has stopped discussing contract extension with Aubameyang.

It's understood that Lacazette is under contract until 2022 with Arsenal.

‘He is already one of the legends [at Arsenal] because of the amount of goals he’s scored in so few games,’ Lacazette told beIN Sports.

‘But to be honest, we stopped talking about this (his future) because at the beginning it can be funny.'

Both Lacazette and Aubameyang have found good partnership upfront in the attack for the north London side.

It appears that the French man who joined from Lyon wants the relationship to continue.

Lacazette added: ‘But long term you can start to be annoying because you want something that is not maybe the way we’d like and I don’t want to be the guy being a bit annoying [by keep asking the same questions].

‘So we don’t really speak about his future. I’m just going to wait like everyone else. And I just hope he’s going tell me before the press.’