Pedro scores, Abraham does not as Sarri’s Lazio beat Mourinho’s AS Roma in derby

I'm sure the novelty of José Mourinho's return to Serie A will wear off sooner rather than later, but for the time being, it's still interesting to keep an eye on him, especially since his fortunes have been inextricably linked with Tammy Abraham's, who also joined AS Roma this summer. And, like Mourinho, we're optimistic that Abraham will return to Chelsea in the future — perhaps as a full-fledged player, comparable to Romelu Lukaku. 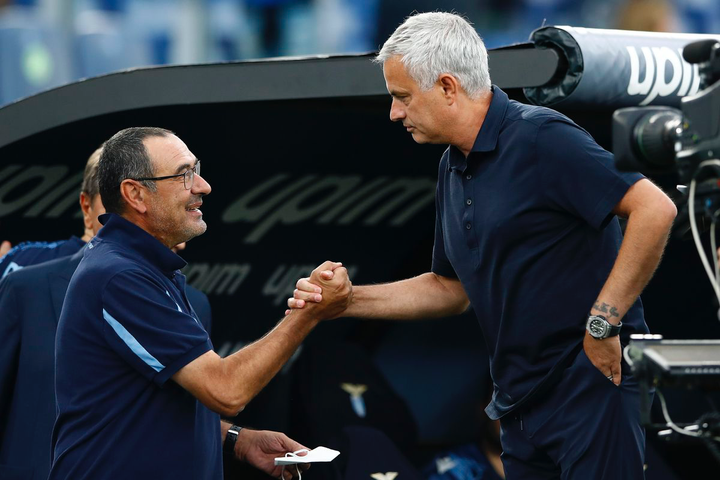 In any case, Tammy has been instrumental in José's strong start to the season, scoring twice and providing two assists in Roma's first eight games across all competitions. Unfortunately for them, they currently have a seven-game losing streak after losing to Lazio in last night's Derby Capitolino by the odd goal in five.

The fact that Maurizio Sarri is the current manager of Lazio and that they have an ex-Chelsea forward in their ranks added to the match's intrigue. In reality, it was ol' Pedro who scored against a Mourinho-managed club for the second time, though this time he waited until the 19th minute rather than the 19th second as he did in our memorable 4-0 victory over Manchester United in 2016. His goal made it 2-0, and Roma could never quite close the distance, coming within one goal twice, 2-1 and 3-2, respectively, before losing 3-2.

On the other hand, Abraham had a mixed performance, with Mourinho blaming the refs and VAR. In other news, the sun is shining brightly.

The defeat drops Roma to fourth place in the rankings, six points behind Napoli, who have gone undefeated in their first six games.