Most Clean Sheets In The UEFA Champions League History

The UEFA Champions League is one of the most well-known leagues in Europe, and several clubs from across Europe compete in it. Many football acaolades are won in the UCL by taking into account each player's performance at the end of the season. 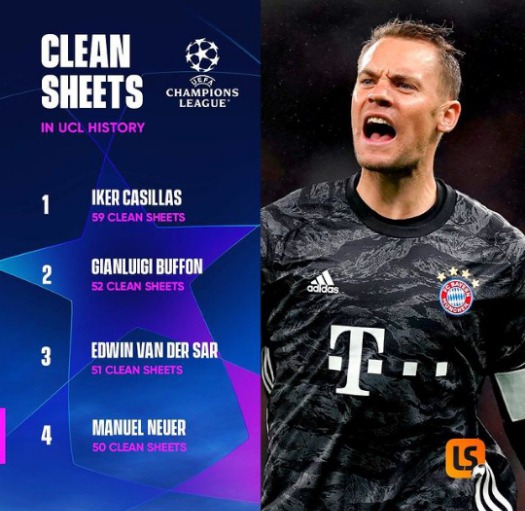 Manuel Neuer is the fourth goalkeeper in UEFA Champions League history with the most clean sheets. In his UCL career, the current Bayern Munich goalkeeper has set 50 clean sheet records. Neuer, on the other hand, has a chance to break Edwin Van Der Sar and Gianluigi Buffon's Clean Sheets record before the end of the season.