1. A ‘Jiggle Test’ Determines If Their Bodies Are Fit Enough All normal human bodies have a little bit of jiggle. In fact, it’s unnatural for bodies not to jiggle. But apparently, the Buffalo Bills have shockingly unrealistic standards for their cheerleaders. The NFL cheer squad previously sued their employers, revealing a bunch of ridiculous rules in the process.

As revealed in the lawsuit, each week the cheerleaders went through a physical evaluation that determined how much their bodies jiggled. If the people in charge determined a cheerleader jiggled too much, she would be penalized in some way and sometimes dismissed from the team altogether. With rules like that, it’s no surprise the cheerleaders took their complaints to court.

2. Professional Manicures Are A Must 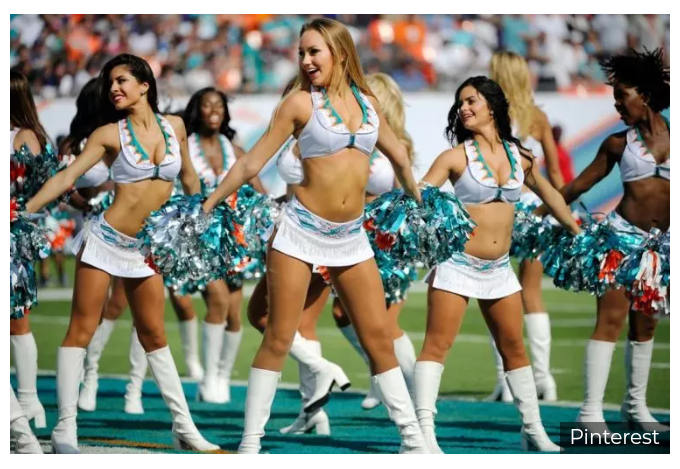 Doing your nails at home isn’t a thing for NFL cheerleaders. While most professional cheerleaders aren’t paid very well, they’re still required to professionally maintain their nails. That means trips to the nail spa every couple of weeks to keep their hands in tip-top shape.

Of course, the expense of getting your nails done adds up over time. What’s more, cheerleaders aren’t allowed to let their nails grow out or put off their touch-ups for a couple of weeks. Instead, their nails must always look perfectly manicured, which can be an expensive and time-consuming project.

3. They Can’t Change Their Appearance 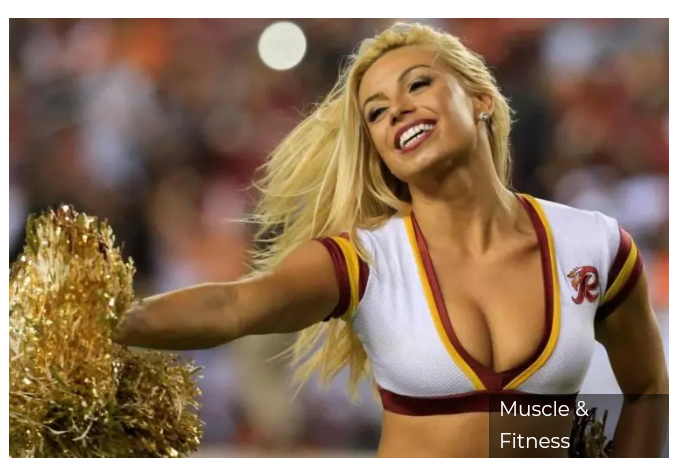 Once a cheerleader is hired by the NFL, she basically surrenders the rights to her entire appearance. Upon hiring, an NFL cheerleader is informed she’s no longer allowed to change any aspect of her physical appearance without direct approval from her boss.

However, this rule doesn’t just apply to big changes, such as dying their hair an entirely different color. The cheerleaders aren’t even allowed to cut their hair without permission. Imagine having to check with your boss before making an appointment at the salon! At the same time, cheerleaders can’t get new piercings or even develop skin conditions, such as acne. If any changes arise, natural or otherwise, the cheerleader’s job may be at risk. 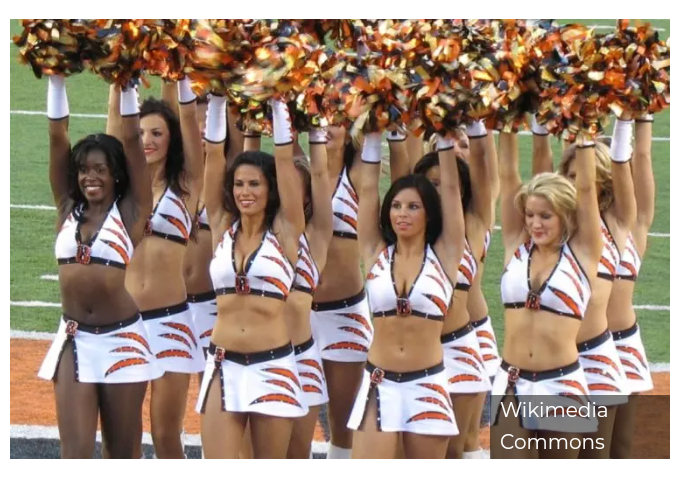 When it comes to performing in their cheer uniforms, obviously cheerleaders have to follow some guidelines to make sure they look their best. However, the teams took it one step further and decided to determine what the cheerleaders should wear under their clothes.

On the Cincinnati Bengals, underwear isn’t encouraged, even during practice. For some reason, the team thought the women might not perform their best while wearing underwear. Instead, the cheerleaders were encouraged to wear pantyhose that matched their skin tone. While that may be suitable for performances, it’s going a little too far to decide what the girls are allowed to wear while simply practicing their routines.

5. They Must Be Within 3 Pounds Of Their Ideal Weight 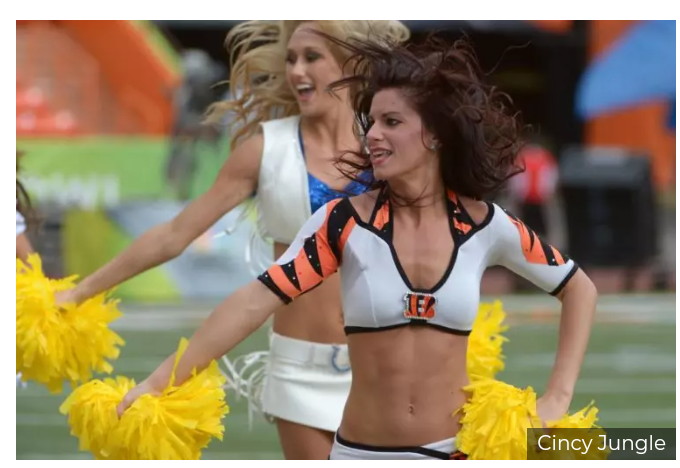 Within professional cheerleading, having your body policed by outsiders is just the name of the game. While weight often fluctuates for most normal people from day to day, NFL cheerleaders have to ensure that their weight stays practically the same, always.

The Cincinnati Bengals demand that their cheerleaders be within three pounds of their ideal weight. Any changes are monitored via regular weigh-ins. If the cheerleader falls outside of this range during a weigh-in, her job may be at risk.

6. Girls Are Forced To Wear Two-Piece Outfits On Tuesdays 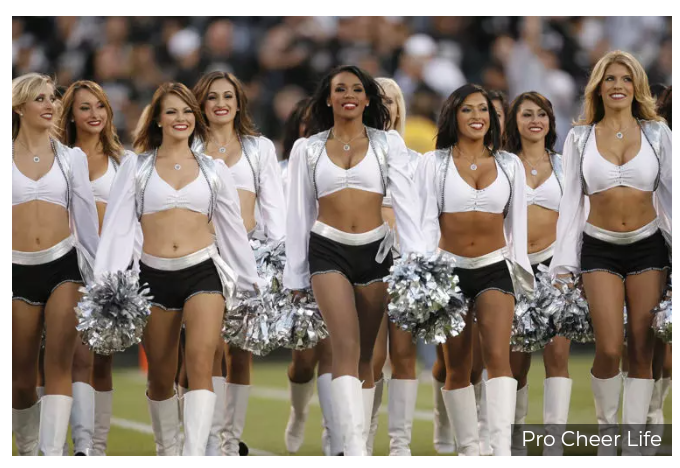 Cheerleaders often wear outfits that are a little more *ahem* revealing. However, these outfits aren’t just limited to the uniforms they’re required to wear for games. If cheerleaders are uncomfortable exposing their midriffs, they better get over it if they want to join the Oakland Raiderettes.

On this NFL cheer squad, two-piece Tuesdays are a must. During Tuesday practice, the cheerleaders are required to wear an outfit that exposes their midriff. If they fail the comply with the interesting rule, they are fined $10. 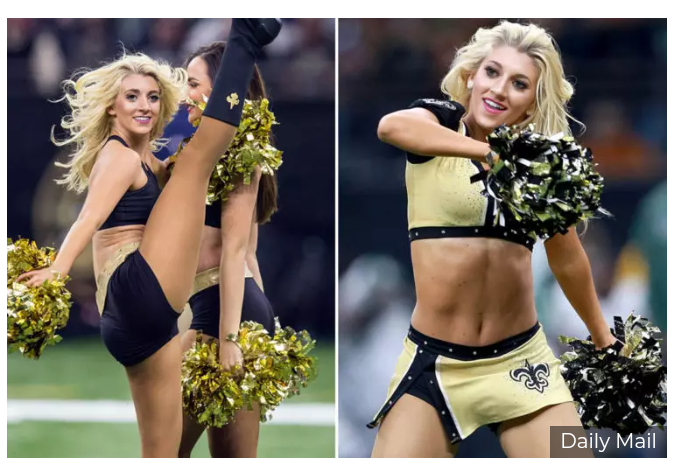 Professional cheerleaders don’t just have to be on their best behavior while they’re on the field or at practice. Many teams actually go to great lengths to police the cheerleaders’ behaviors in their personal lives. This includes rules about what the cheerleaders can post on social media.

In 2018, Bailey Davis was fired from the New Orleans Saints for posting a picture on her private Instagram of herself in a one-piece outfit. According to the team, the post violated the social media rules, which declared cheerleaders couldn’t post anything in the nude or wearing lingerie. For this offense, Davis was fired from the team after three seasons.

8. Only Certain Hygiene Products Are Approved 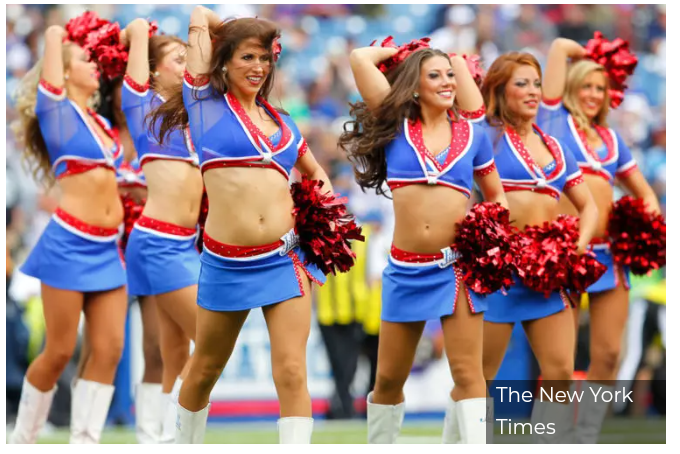 As if controlling the cheerleaders’ weight and outward appearance isn’t enough, some NFL teams also try to control which cleansing products the women can use in the privacy of their own home. In the Buffalo Bills’ cheerleader handbook, an entire section was dedicated to which products cheerleaders were allowed to used to cleanse themselves.

According to the handbook, scented or chemically enhanced products were a no-no, especially on the women’s private areas. If the cheerleaders broke this invasive rule, they could face consequences all the way up to being eliminated from the team. 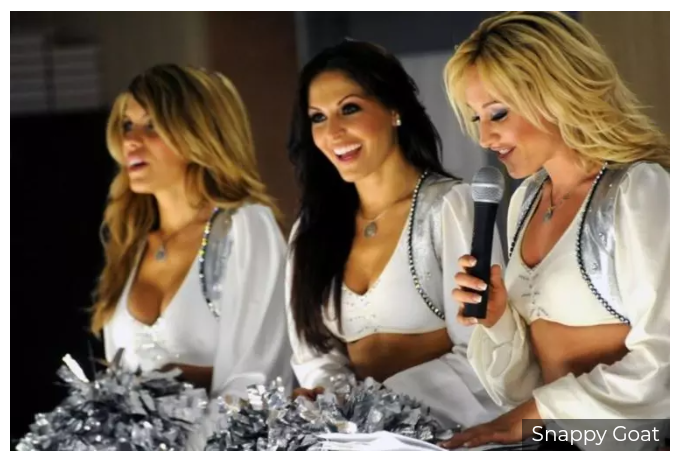 Cheerleaders aren’t often eating while doing their jobs. In fact, being on their feet and cheering for their team prohibits them from eating. But the fact that dining isn’t part of the job doesn’t keep the Raiders from outlining specific etiquette for their cheerleaders.

According to the NFL team, the Raiderettes should adhere to a certain etiquette when eating, whether they’re representing the football team or not. The guidelines include rules that state bread should be broken with your hands, and all food should be passed to the right. With this rule, cheerleaders can’t even eat without worrying about their jobs being safe.

10. Sitting During Games Is Banned 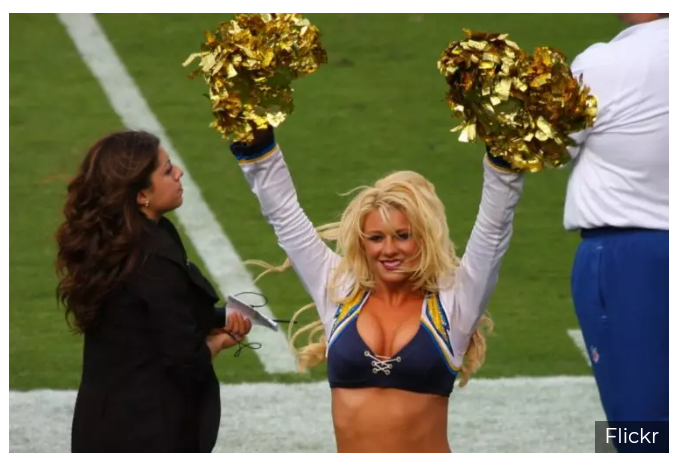 Cheerleading is no joke. While people still struggle to consider it a real sport, there’s no question these ladies demand a lot from their bodies. While they must be physically fit to carry out their routines, game days in general are very taxing on the cheerleaders.

Some NFL teams require that cheerleaders stay standing for the entirety of the game. While the players get to rest on the bench when they’re not playing, cheerleaders must stay up and moving for all four quarters. They’re only allowed to sit if ordered to by an official. Otherwise, they may face consequences for resting.

11. They’re Not Allowed To Interact With Players 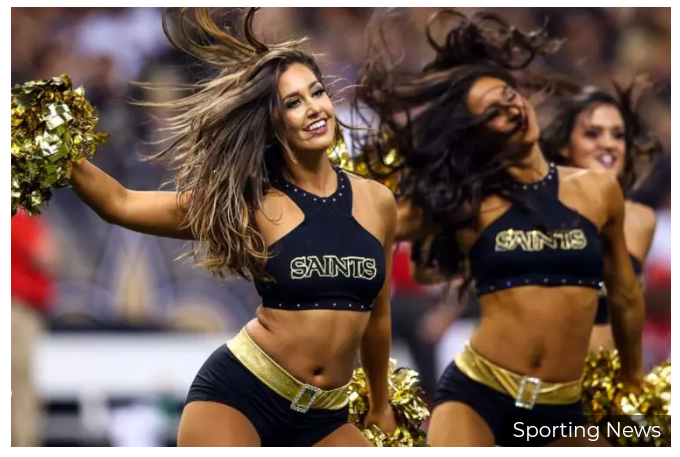 Even more infuriating, the rule doesn’t apply to football players. The cheerleaders must block all the players on Instagram. If a football player does reach out to a cheerleader online, she would be held liable for the contact since she didn’t block him. Cheerleaders are also told to explicitly avoid players by not dining at the same restaurants. If a player arrives at a restaurant where a cheerleader is eating, the cheerleader must leave or risk getting in trouble, while the player is allowed to enjoy his meal.