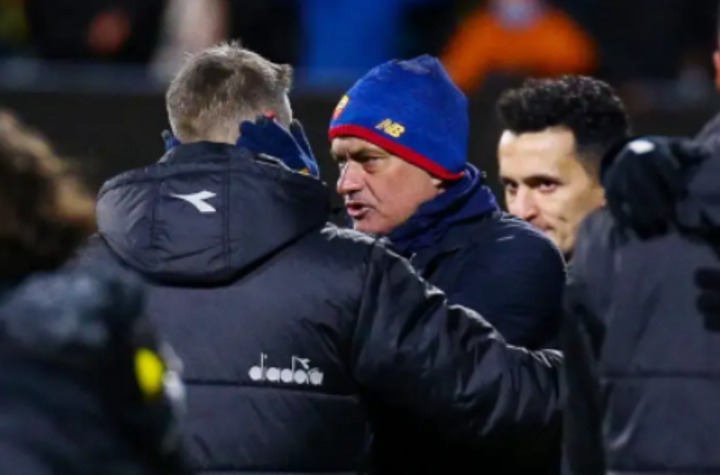 According to reports, Italian sports papers hit out at José Mourinho after Roma’s 6-1 defeat against Bodo Glimt in the Europa Conference League on Thursday evening.

The defeat was the first time that one of the Portuguese’s teams conceded six goals in one game in his 1,007 matches as a coach.

José rotated his squad heavily ahead of their Serie A clash against Napoli on Sunday but perhaps he would not have imagined such a disastrous performance by his men.

The former Real Madrid and Manchester United boss threw his players under the bus at the end of the game, saying they don’t have as much quality as those of Bodo Glimt.

Rui Patricio and Tammy Abraham on Il Corriere dello Sport and Carles Perez on Tuttosport received a rating of 5.5, which is the highest rating for a Roma player.

José Mourinho, who had already complained about the squad’s depth after the game against Juventus, was accused of not motivating his players enough.

Il Corriere dello Sport wrote: “His responsibilities are evident and his super-offensive substitutions created the premises for humiliation.”