Some of the most prominent football managers in Europe right now are individuals who have enjoyed illustrious careers as players.

It's a great sight to see a player return to his former club in a manager's capacity. But it is not a very common occurence in the world of football. Alot of today's greatest football managers have not had entirely satisfying careers as players. This goes to show that there's a lot that goes into making a successful team in addition to sheer technical excellence. 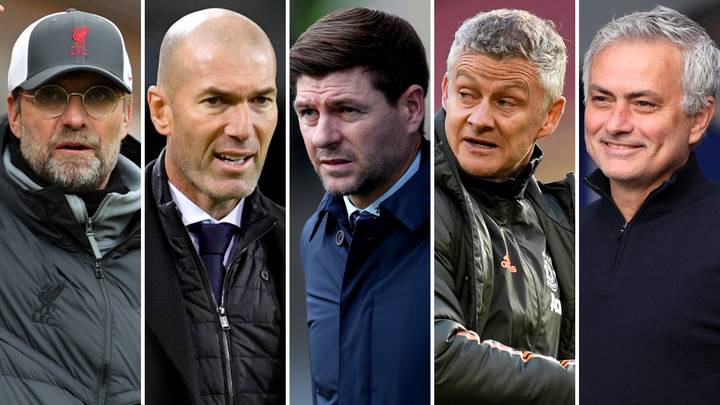 Top managers need to be tactically astute, mentally strong and be excellent at man-management. If they are managing a high-profile club, then the managers will need to be wary of the big personalities involved and get their players to work as a unit. If we start discussing the best managers in the game, we'll take all day.

Today, we're about to do something different. Let's take a look at five of the best managers in football right now based on their playing ability. (Note: Only managers who are currently in charge of a club are included). 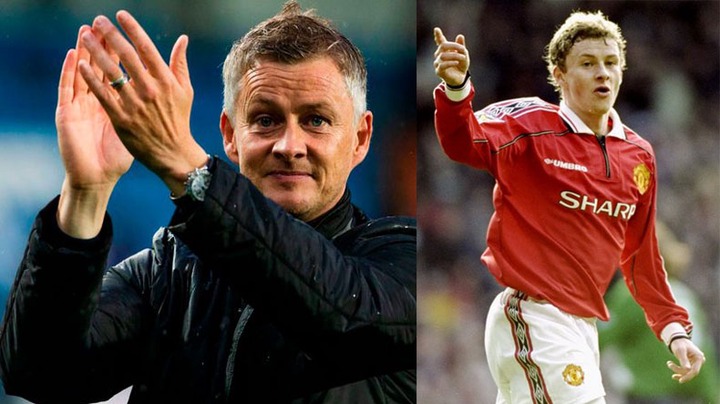 Known by many to be the 'baby-faced assassin', Ole Gunnar Solskjaer, spent 11 wonderful years at Manchester united before hanging up his boots as a player. Solskjaer was a quick, pacy and intelligent striker who thrived under Sir Alex Ferguson. 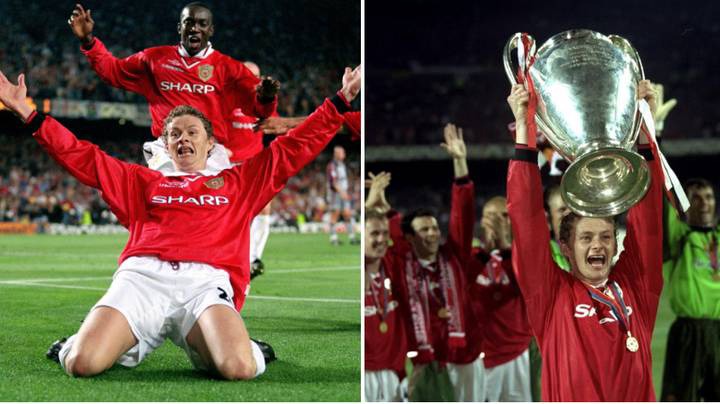 The Norwegian famously scored the stoppage time winner in the 1998-99 Uefa Champions League final against Bayern Munich to take Manchester United to the promised land. Solskjaer scored 126 goals in 366 appearances for Manchester united and was the very definition of a 'super-sub'. 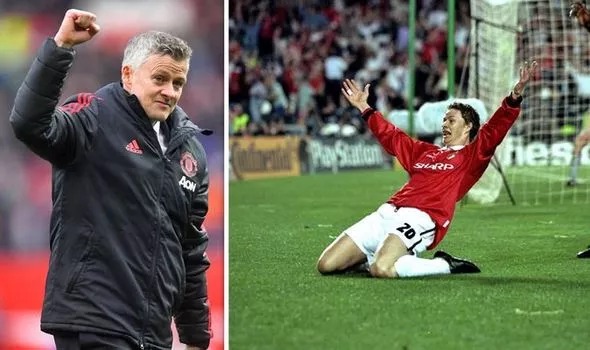 He has scored four goals in a game twice for the red devils and is their only player to do so. Solskjaer has not hit the heights of his playing career in his managerial stint so far and there are huge question marks over his future right now. 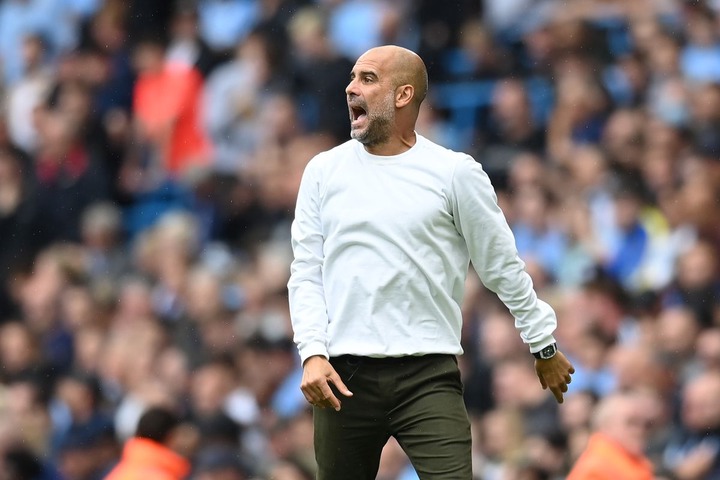 Pep Guardiola is widely viewed as the most tactically astute manager in the world. He has done an incredible job with Manchester City and even came within touching distance of Champions League glory last season. 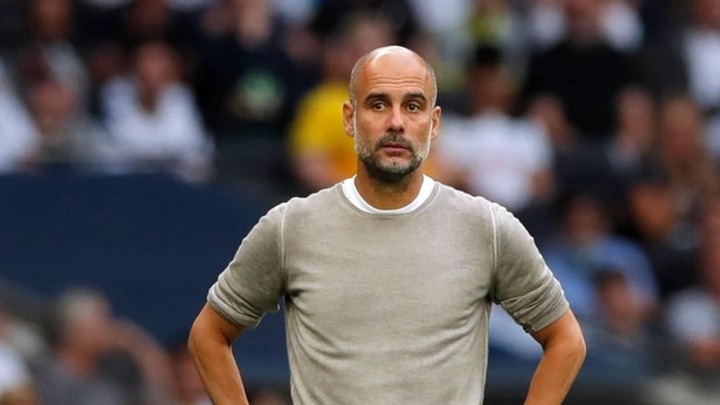 Pep Guardiola had an excellent career as a player. He is a product of the famed La Masia academy and went on to make 384 appearances for Barcelona, scoring 12 goals and providing 44 assists across all competitions. 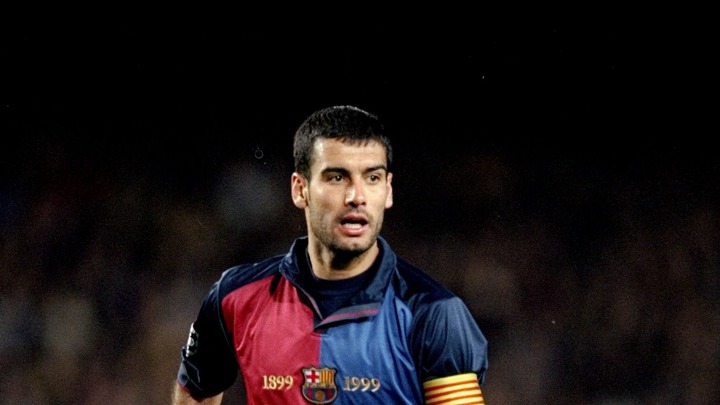 The current Manchester city boss was usually deployed as a deep-lying playmaker, a role in which he excelled during his time with the Catalans. He also played for Brescia and AS Roma before joining Qatari side Al-Ahli. 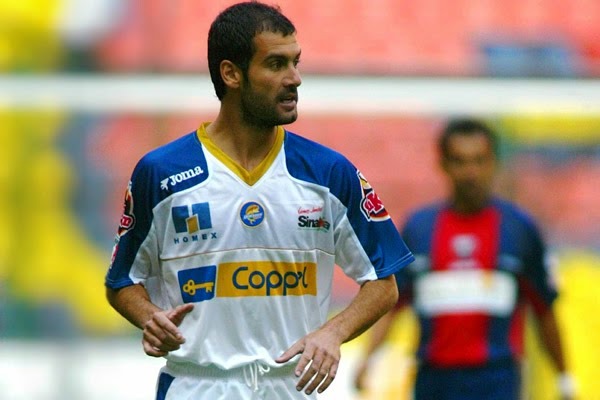 Guardiola subsequently called it a day on his playing career after spending one season with Mexican club Dorados. He was a creative playmaker with great tactical intelligence and technical ability. In his time as a player, Guardiola won six La Liga titles, one European Cup, one Copa Del Rey, four Supercopa de Espana and one UEFA Cup Winners' Cup. 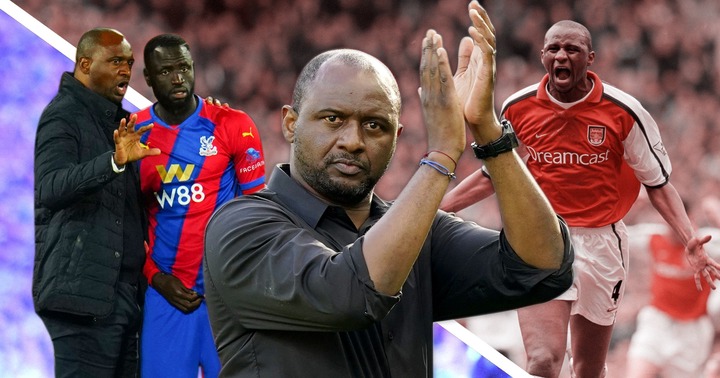 Patrick Vieira is a Premier League legend. He captained the unforgettable Arsenal 'Invincibles' who went an entire Premier League season without conceding a defeat. Patrick Vieira was an all-action box-to-box midfielder who was as dominating a presence on the football pitch as any we have seen. 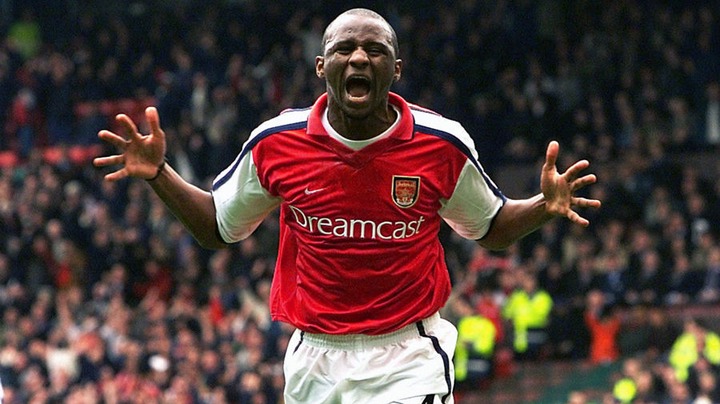 The Frenchman was a highly competitive and belligerent player who would rather die on the field than concede a yard to the opposition. He was crucial to the Gunners becoming a force to be reckoned with in the Premier League under Arsene Wenger. 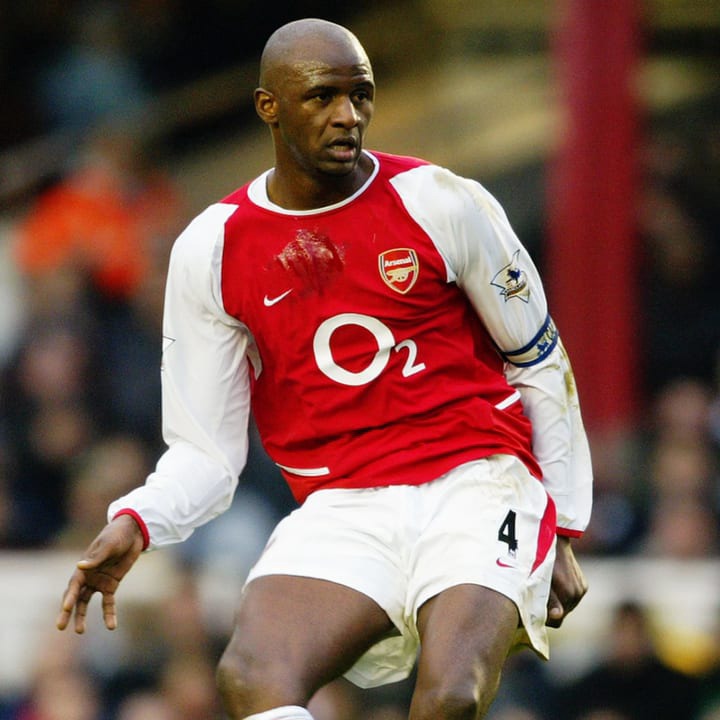 Vieira's heated rivalry with Manchester United captain Roy Keane contributed to giving us some of the most entertaining derbies of the 21st century. Viera won three Premier League titles and four FA Cups with Arsenal. The current crystal palace boss was part of the Juventus side that was relegated due to their involvement in the Calciopoli scandal. 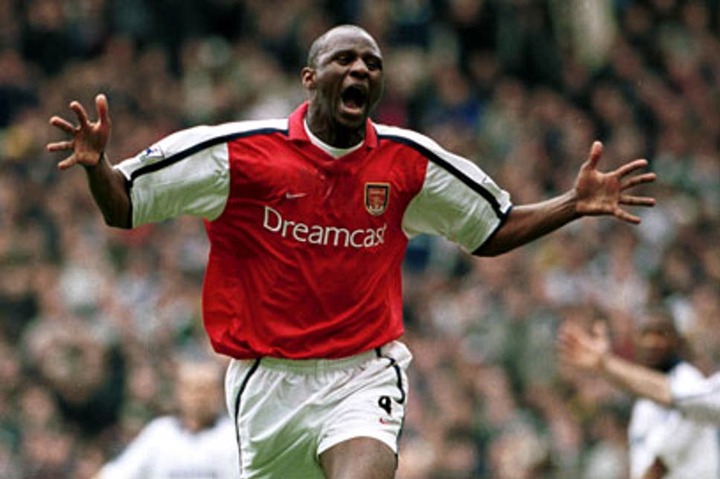 He quickly left the club and joined Inter Milan, with whom he won four back-to-back Serie A titles as well as the Uefa Champions League title in 2009-10. Vieira was also a part of the French national team that won the 1998 FIFA World Cup and the 2000 European championship. 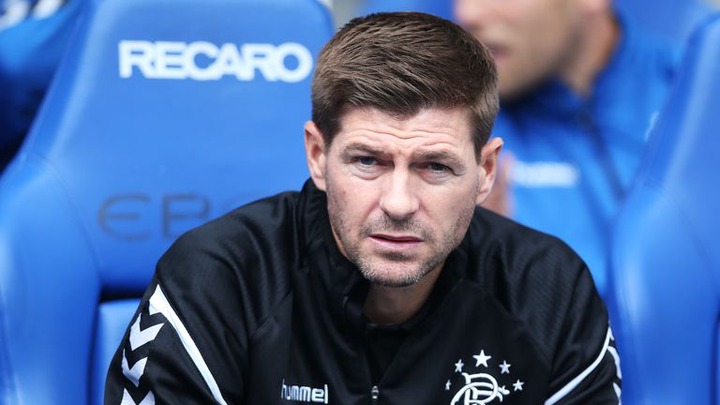 Steven Gerrard has just made a sensational return back to the Premier League as manager of Aston Villa. He did a stellar job with Scottish giants Rangers in his three years in charge of the club. Gerrard's Rangers won the Scottish Premiership in the 2020-21 season and he has left them whilst they're at the top of the table this season. 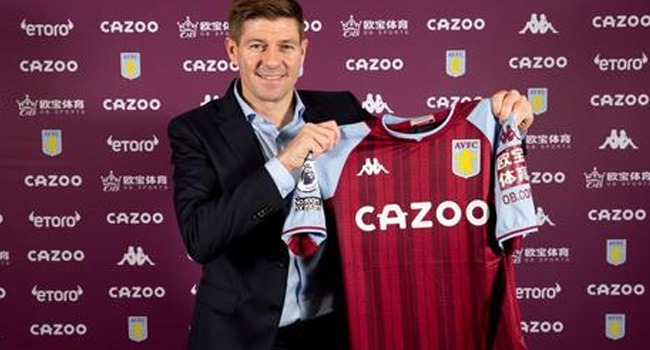 Steven Gerrard is one of the best midfielders of the 21st century and is a certified Premier League legend despite not having won the league title himself. He led the Liverpool side to Champions League glory, inspiring a wonderful comeback against AC Milan at Istanbul in the final of the 2004-05 edition. 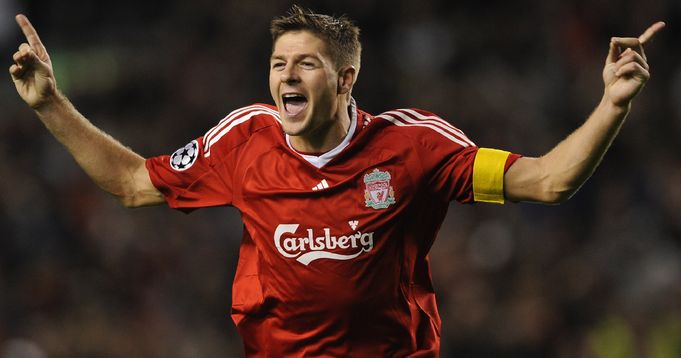 Gerrard is an extremely intelligent and tenacious box-to-box midfielder, he was the complete package. He also had a monster of a shot and was unstoppable whenever he was on song. 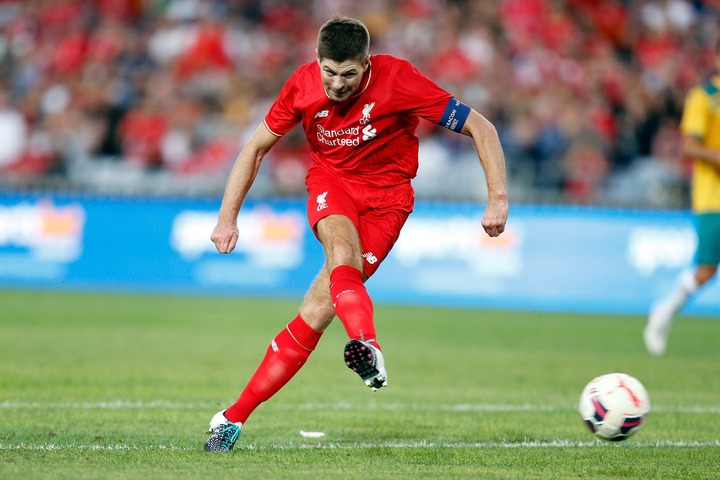 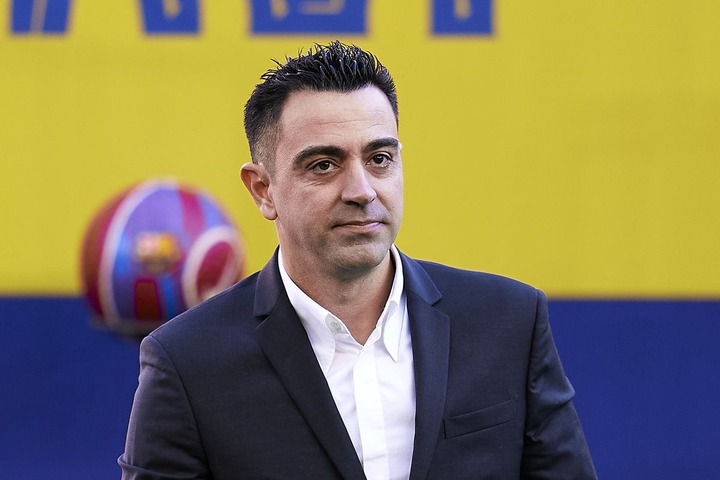 Xavi Hernandez is one of the greatest footballers of all time. The legendary midfielder has now been appointed as the manager of Barcelona. 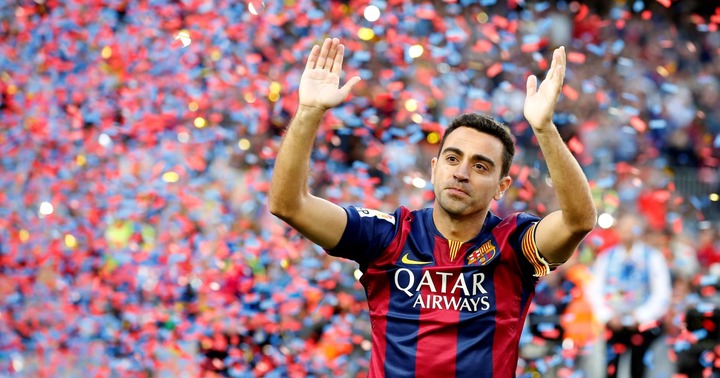 A La Masia product, Xavi was part of the dominant Spanish national team that won the World Cup in 2010 and the European Championship twice in 2008 and 2012. He is also one of Barcelona's best players of the 21st century. One of the most intelligent and technically proficient midfielders of all time, Xavi was crucial to the tiki-taka style popularized by Barcelona and Spain. 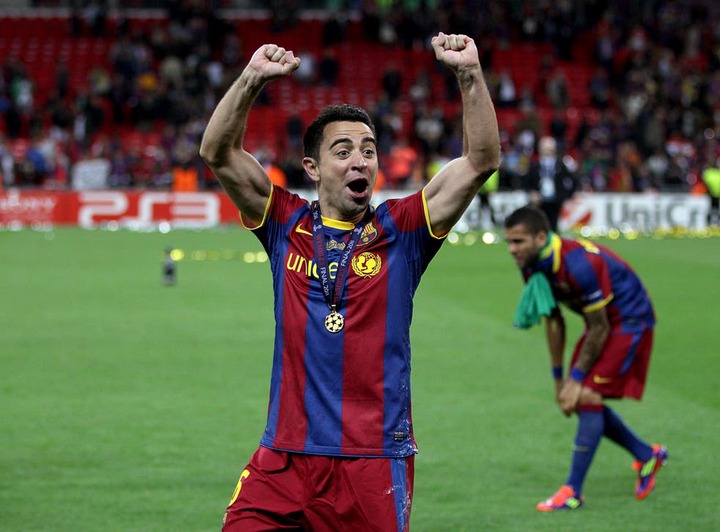 Please leave your thoughts on the comment section below. 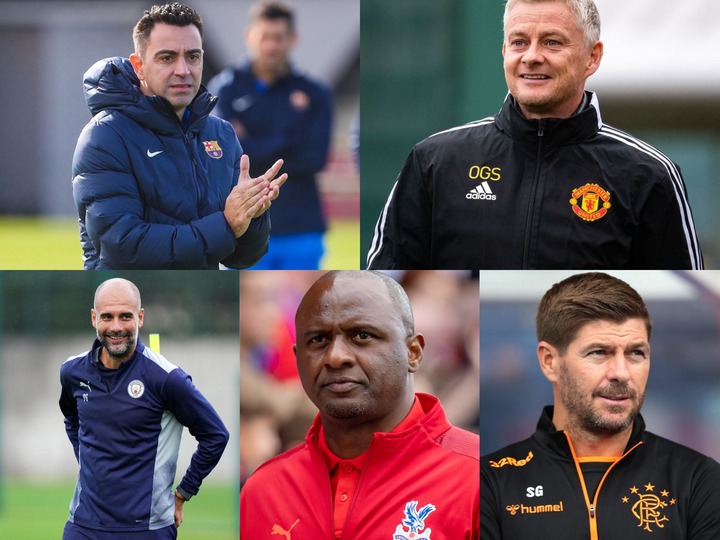