Three Premier league Champions That Have Been Relegated In The History Of Premier League. 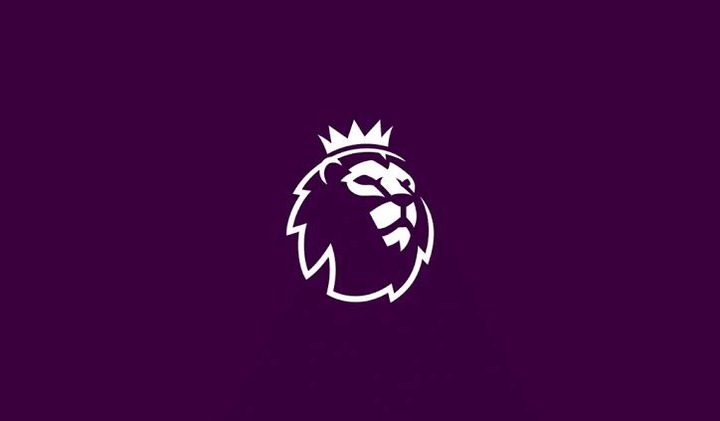 In this article, we shall look at the three Football Clubs and the seasons they were relegated.

Premier League champions in the 1994/1995 season under Kenny Dalglish, Blackburn Rovers were subsequently relegated four years later from English top flight league in the 1998/1999 season under Brian Kidd after he took over from Roy Hodgson in December 1998. 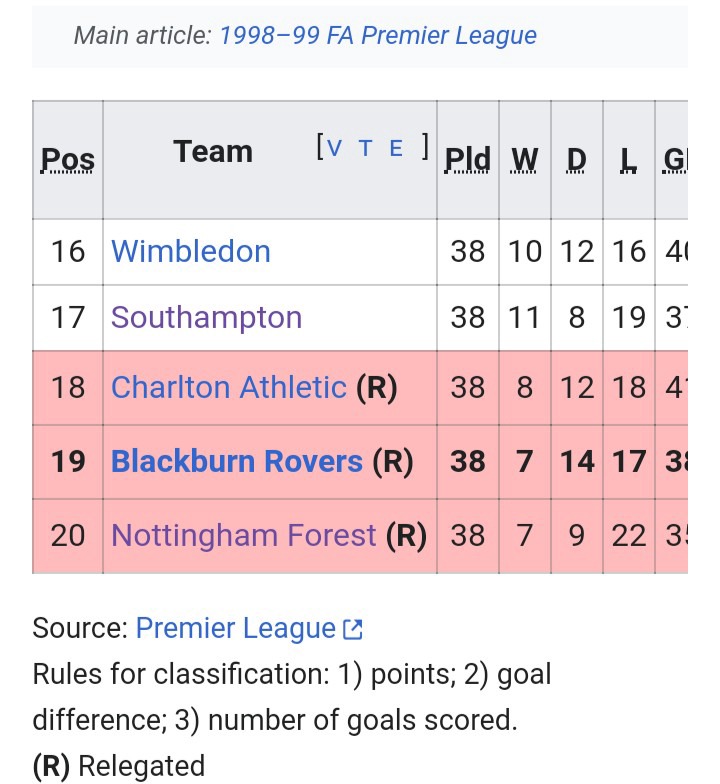 In 2011–12 season under Steven Kean, Blackburn suffered another Relegated after finishing 19th in the EPL log. They were Relegated along with Bolton Wanderers and Wolverhampton Wanderers. 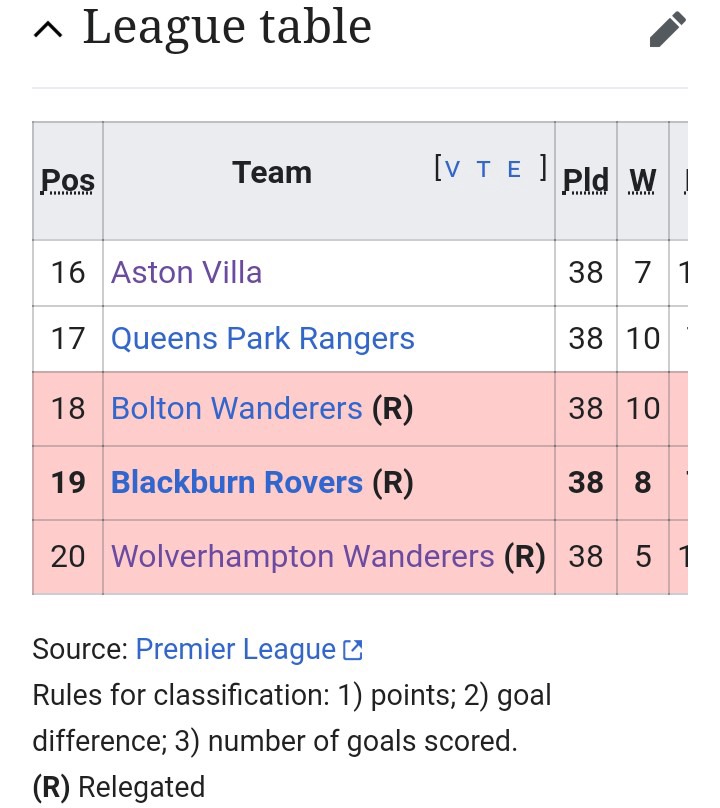 After guiding the foxes back to the English top flight football, Micky Adams was unable to maintain Leicester City's form, as they finished 18th in the 2003/2004 premier League season and was subsequently relegated to the Championship. They were relegated along with Leeds United and Wolverhampton Wanderers. 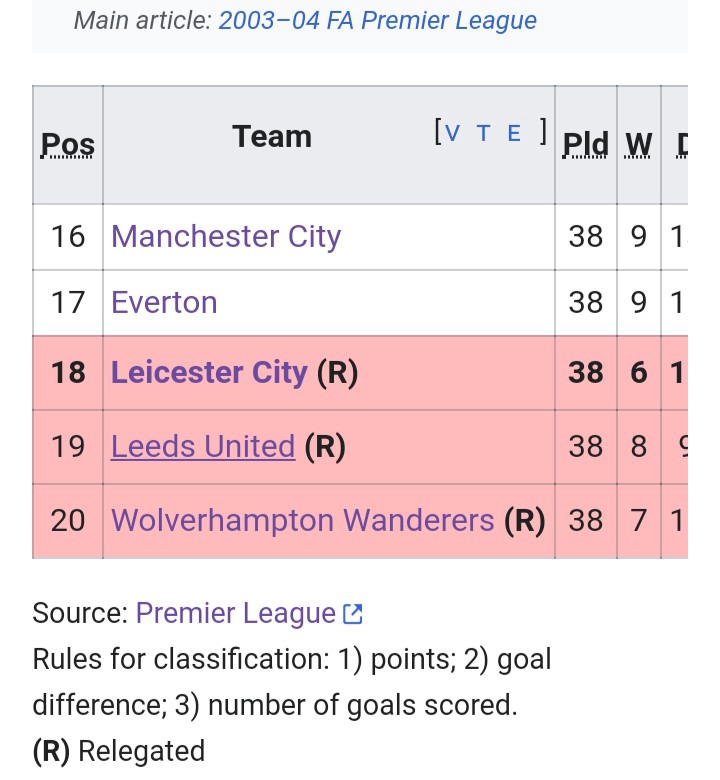 Playing at Maine Road Stadium, Manchester City's return to the Premiership after a four-year exile was the result of back-to-back promotions from the Championship. Manager Joe Royle could not maintain his team's performance after returning to the Premier League in the 2000/2001 season, with Manchester City finishing 18th. They were relegated along with Coventry City and Bradford City. Joe Royle was dismissed and former England coach, Kevin Keegan replaced him the following season. 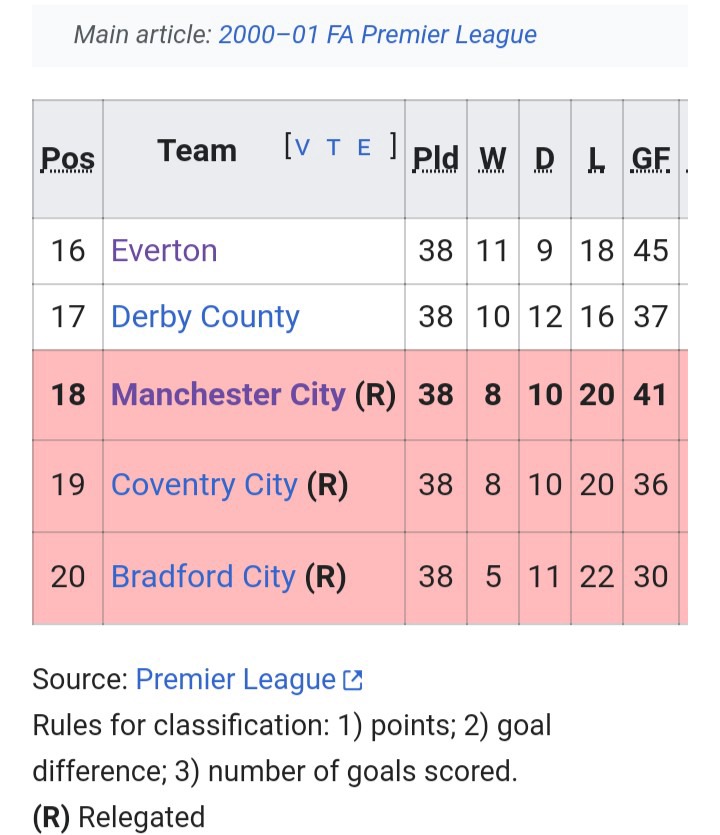