"Still The Special One," See How The EPL Table Look Like Since Jose Mourhino Took The Tottenham Job.

"Still the special one," see how the EPL table looks like since Jose Mourhino took the Tottenham job.

Jose Mourhino replaced Pochettino after the Argentine was sacked due to the underperformance of the spurs. 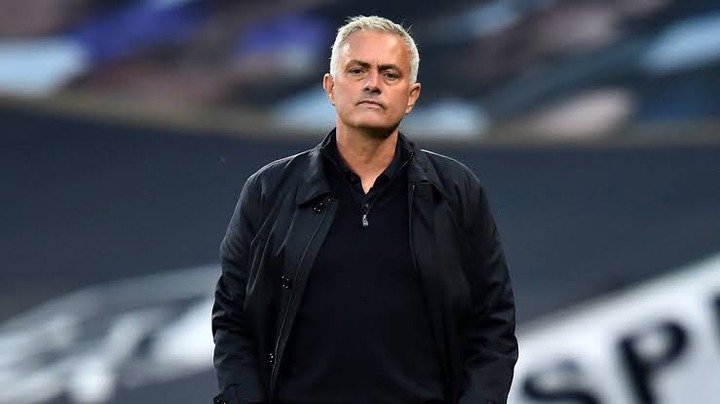 After the appointment of Mourhino, many pundits said it was a wrong appointment. They said it was like putting a square peg in a round hole. Others said Jose Mourhino is finished. Yet, the special one still shines.

Mourhino has coached the club in 24 league matches and hasn't done bad compared to what Pochettino was doing early in the season.

He has managed to accumulate 41 points since he resumed and if the league had started when he took the job, he would have been 4th in the table. 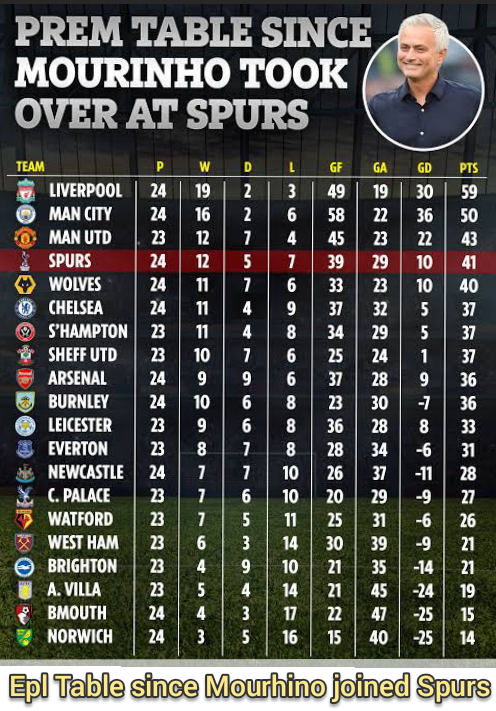 As can be seen in the table above, Liverpool would still have topped the league with 59 points while Manchester City would still be 2nd with 50 points if the league had started after Mourhino resumed at Tottenham Hotspur.

Leicester City who has won just 9 games in the last 23 games would have been 11th in the EPL table with 33 points.

Norwich City, Aston Villa and Bournemouth would still be in the relegation zone.