Chelsea Manager Thomas Tuchel might still be chewing his hat over the selection of the Players he made in the Blues' emphatic loss to Leicester City in the Final of the Emirates cup at Wembley Stadium on Saturday evening. 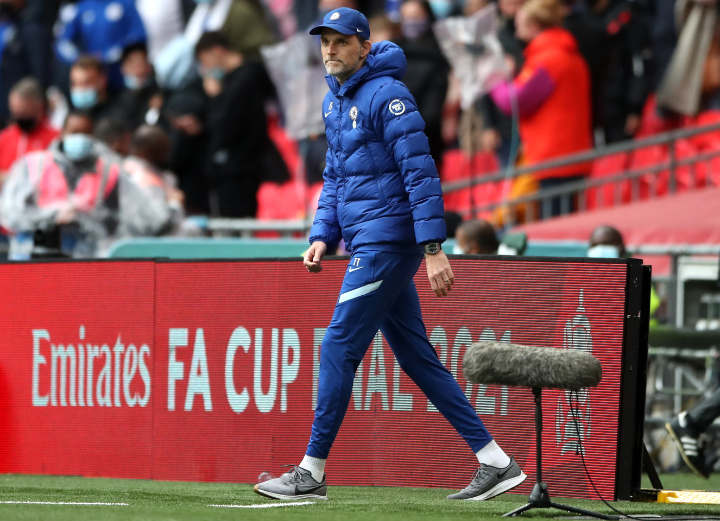 Having a huge squad depth is one of the back bone of a strong team as Players will be rotated to avoid fatigue amongst the squad however, it could sometimes be the stroke of misfortune for the club.

One thing that's obvious in the squad that Thomas Tuchel fielded against the Foxes was Squad rotation because there was no reason why he'd kept his best Players on the bench in a Cup Final when they weren't injury.

From naming Reece James as a Centre back when Cesar Azpilicueta was playing as a right wing-back to putting Kepa Arrizabalaga in the goalpost when Edouard Mendy was apparently fit and starting Marcos Alonso as left wing-back while Ben Chilwell remained on the Bench, Thomas Tuchel's plan in the game, if it had been a success, was going to be applauded by football Enthusiasts for being a genius and thoughtful plan.

However, the plan didn't pan out and the Blues' season that had looked to end brightly with two additional Silverware in their Cabinet might end up being one of their worst.

It was right to give the Players that weren't getting enough playing time chances to make but I think Thomas Tuchel chose the wrong time to grant his fringe players opportunity and the players didn't play like they wanted the opportunity too.