La Liga Highest Goalscorers and Assist-makers Ahead of Matchday 7

By DynamicSports (self media writer) | 25 days ago 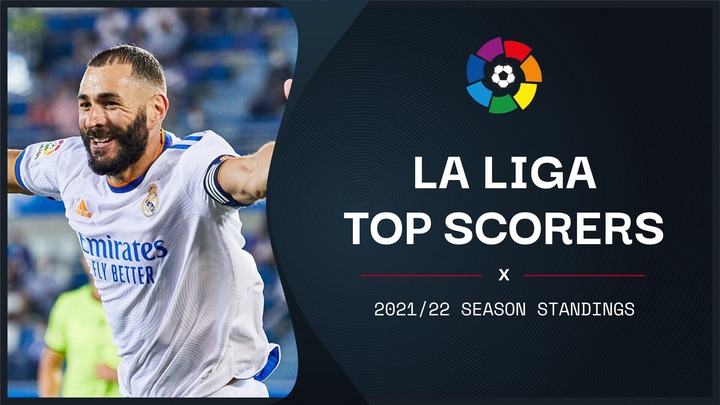 Ahead of La Liga Matchday 7, Karim Benzema is the highest goalscorer in the league. The Frenchman has succeeded Lionel Messi as the face of La Liga after the Argentine's shock move to Paris Saint-Germain. Karim Benzema has scored 8 goals in six games in La Liga this season. The Frenchman is followed by teammate, Vinicius Junior, who has also been in scintillating form this season. The Brazilian forward has scored 5 goals in the La Liga this season and his goals and those of Benzema have seen Real Madrid occupy the first position in the league.

Mikel Oyarzabal of Real Sociedad has scored four goals in La Liga this season and he occupies the third position on the top scorers ranking. He is followed by Eric Lamela of Sevilla, Luis Suarez of Atletico Madrid, Marco Asensio of Real Madrid, Carlos Soler of Valencia, Angel Correa of Atletico Madrid, and Juanmi of Real Betis who are all on 3 goals for the season. 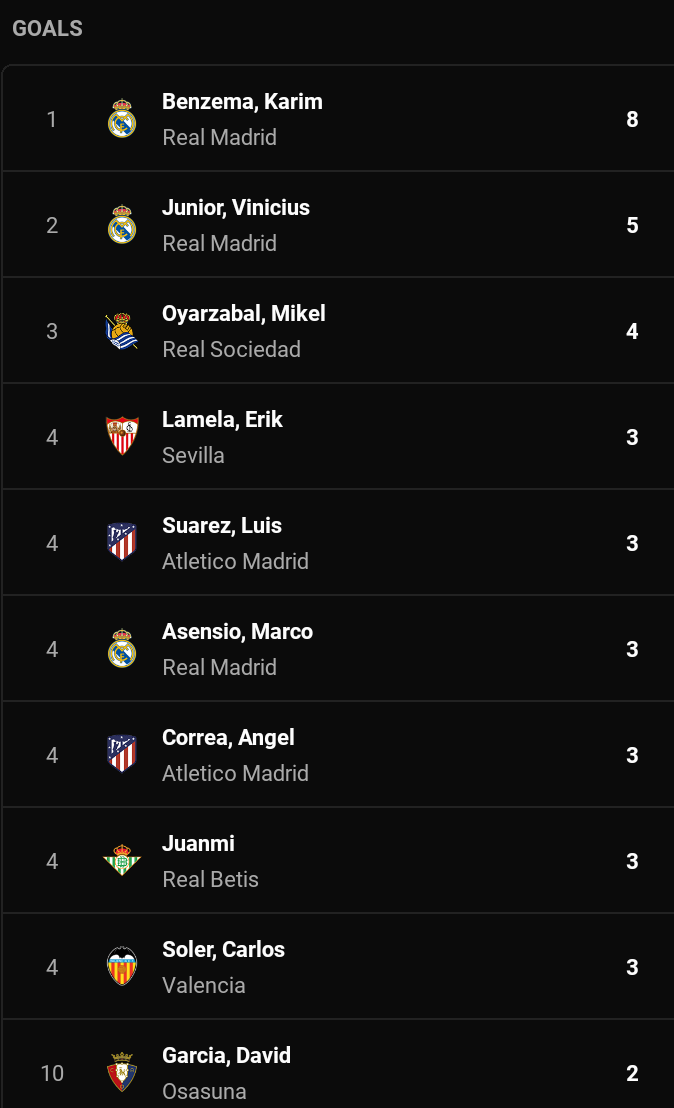 Karim Benzema also tops the assist-makers ranking having provided 7 assists for his teammates in the La Liga this season. He is followed by Yeremi Pino of Villarreal and Iker Muniain of Athletic Bilbao, who have all contributed three assists each. The likes of Real Madrid's new signing David Alaba, Celta Vigo's Santi Mina, Gonzalo Melero of Levante, Ruben Rochina of Granada, Carlos Soler of Valencia, and Frenkie De Jong of Barcelona have all contributed two assists in the La Liga this season. 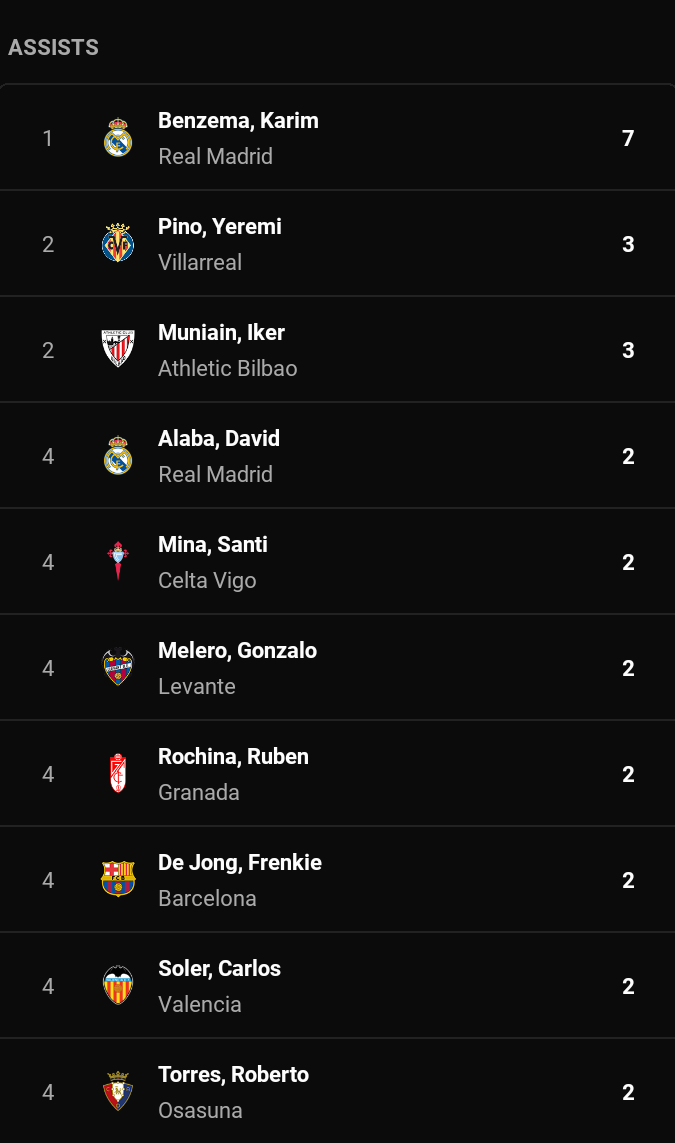 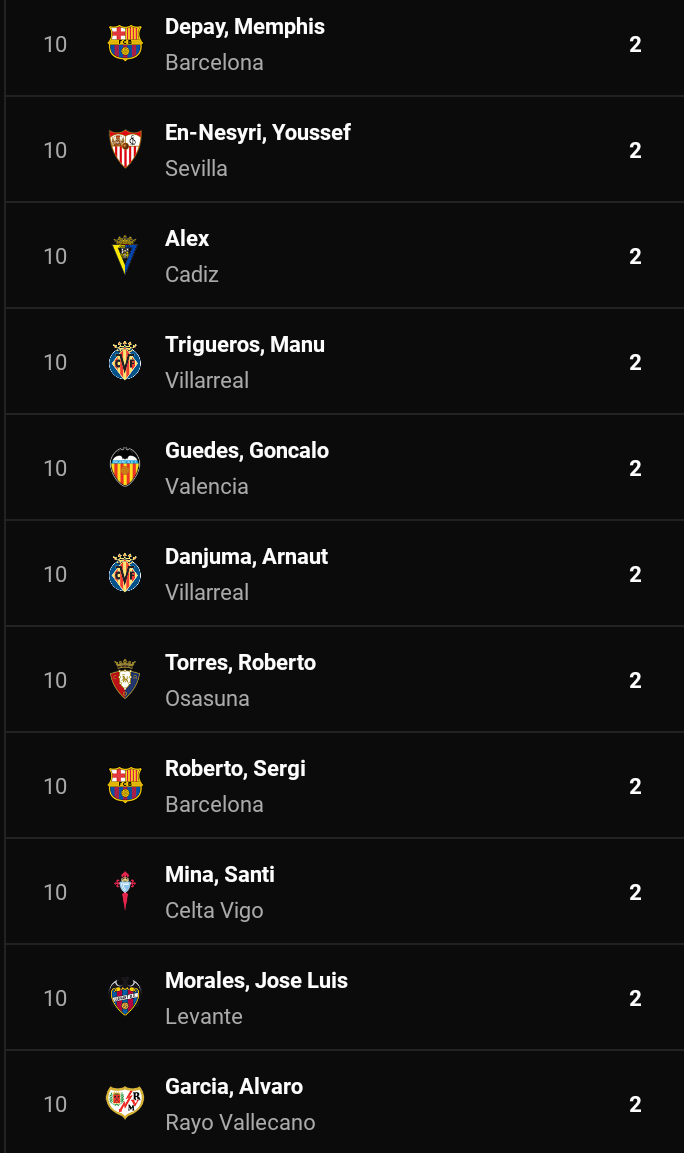 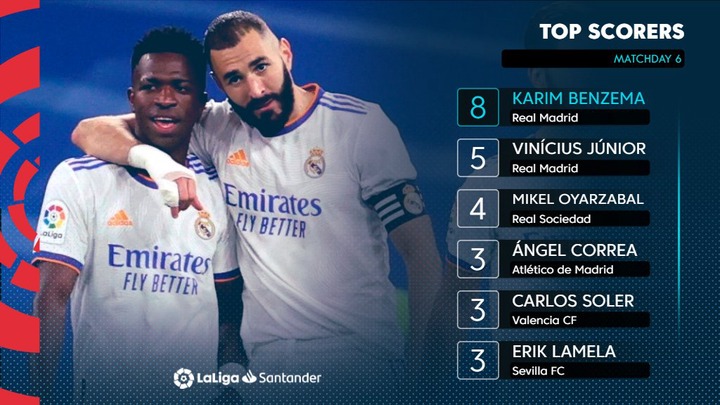 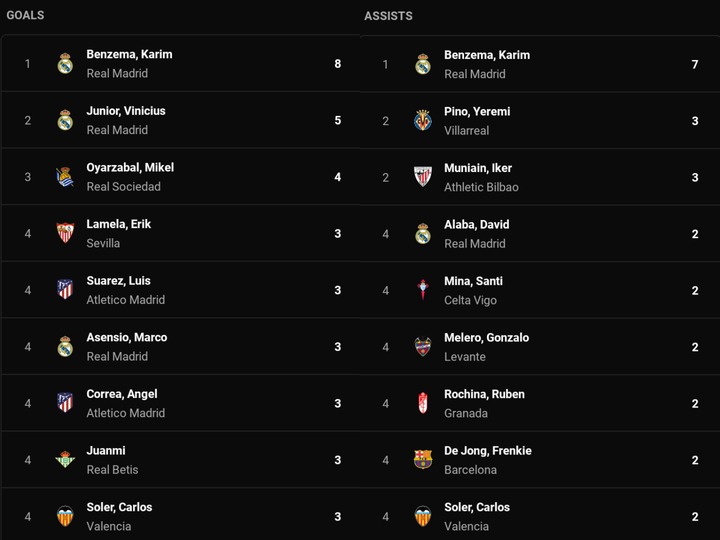