Manchester City need to win today's crunch Premier League tie against Chelsea if they are to keep up pace with the Premier League leaders, the citizens are currently placed 5th on the EPL table, and they go up against a team they have failed to beat in their last three meetings,ahead of the game let's have a preview of some statistics and possible lineup. Both teams have been very prominent in the Premier League and their last five meetings have failed to produce a draw, Chelsea meanwhile have won four of those meetings with Man City managing just one victory, history favours another Chelsea victory but Pep Guardiola and his star studded squad will have a thing or two to say about that. 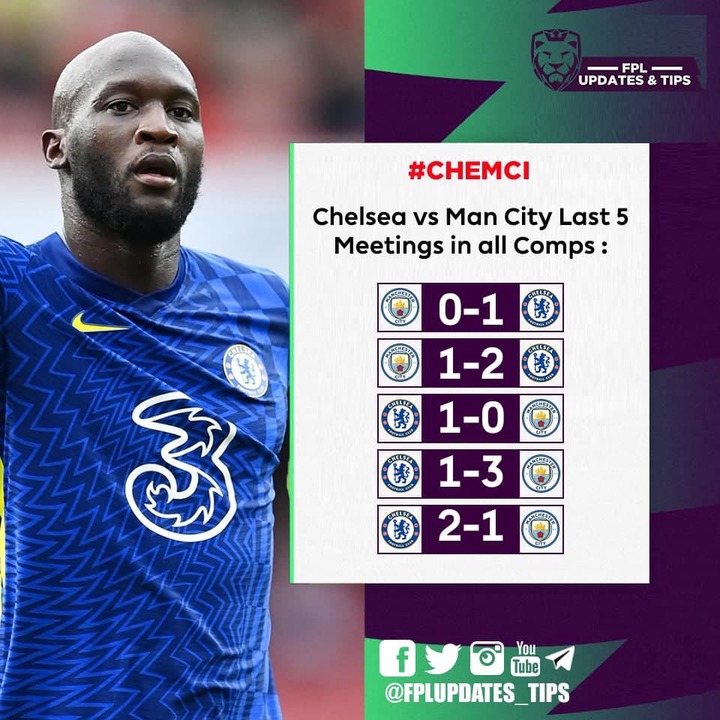 Throughout their careers, Tuchel has faced Pep Guardiola on nine occasions, the results of the nine meetings seems to be even, with Pep Guardiola winning four of those meetings and Thomas Tuchel winning the same number of games, there has been just one draw between both teams, also Chelsea seems to be Tuchel's lucky charm.

Prior to becoming Chelsea manager, Tuchel has only won Pep Guardiola once, losing four of those meetings with RB Leipzig and Borussia Dortmund. 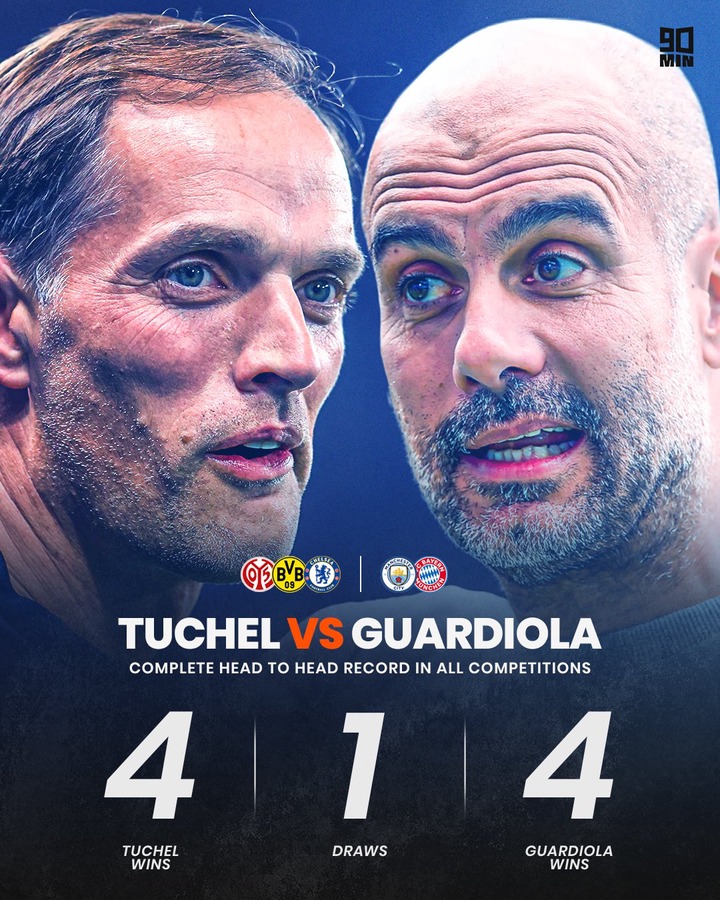 Ahead of the game Chelsea seem to be in better form than their opponents, the blues have won four of the five Premier League games they have played, there only dent to their record is the 1-1 draw against Liverpool.

Meanwhile, Man City have lost one game and drawn one while coming out on three occasions, they also don't seem to be doing well against teams that have a solid defensive structure like Tottenham and Southampton.

Chelsea will be happy with the center referee selected for the game, Michael Oliver will oversee the game, ahead of the selection Chelsea fan base had kicked against Anthony Taylor officiating the game. Who wins the game? Chelsea are in top form at the moment, and Tuchel seems to have found a way of defeating Pep Guardiola so I will be backing the blues to get the victory with a 2-1 victory.

Manchester City are ravaged with injuries, John Stones and Aymeric Laporte are unavailable for the game, while Gundogan and Zinchenko are major doubts.

Chelsea have a full strength squad, but they will be missing the Mason Mount who is unavailable for selection for the first time in 114 matches. 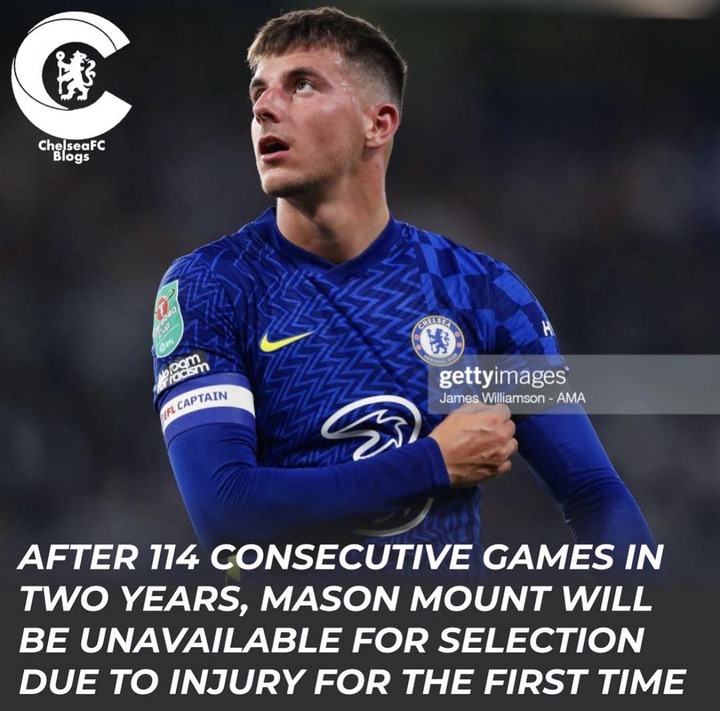 Pep Guardiola will be going with his popular 4-3-3 Formation, without a striker one of his midfielders will likely play the false 9 role probably Foden, Raheem Sterling or Ferran Torres.

Tuchel has had huge success with the 3-4-3 Formation, so he will likely deploy same against Man City. 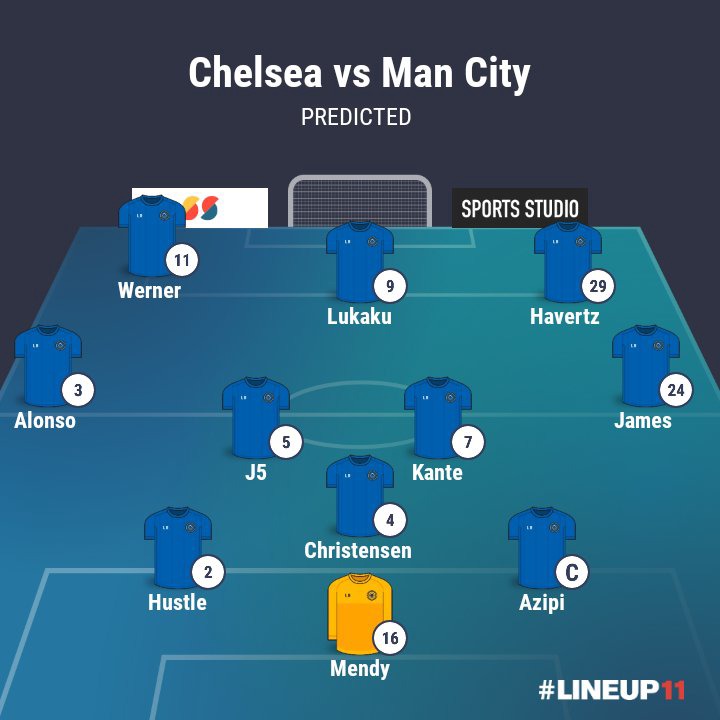 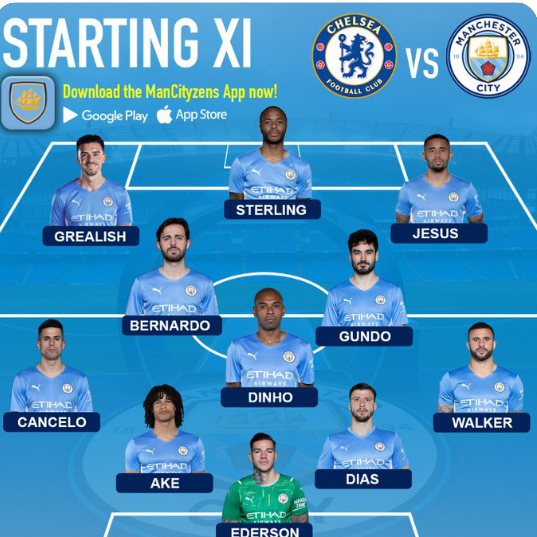 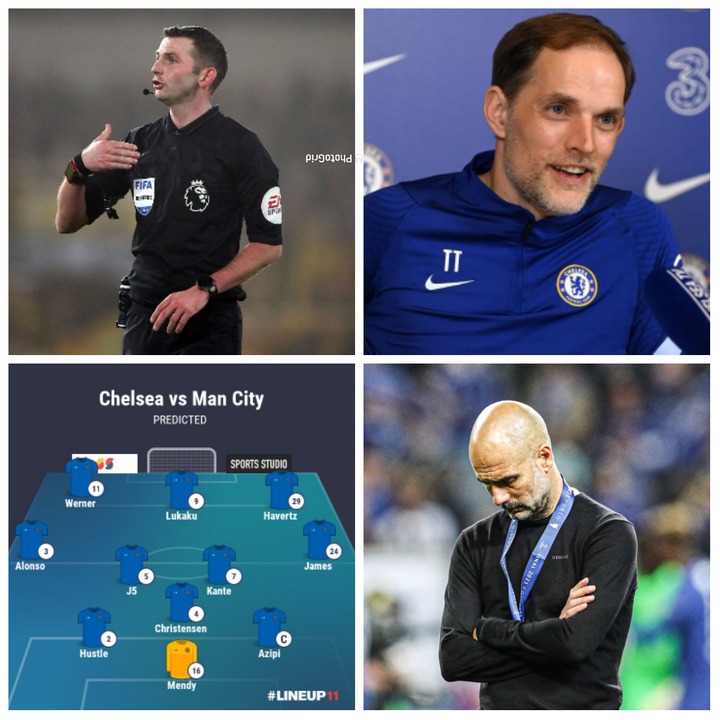