Meet the 5 Chelsea players with the highest Instagram followers

Chelsea FC is known as one of the biggest clubs in the world of football and they have housed top footballers in their club. These footballers have gained a lot of fans while playing for the Blues, with so many people following them on various social media platforms like Instagram.

Most of these footballers use Instagram to share photos and videos of their personal and football life, which helps their fans love them more. Well, several Chelsea footballers have a lot of fans following them on Instagram which shows their popularity.

With that, let's take a look at five Chelsea players who have the highest Instagram followers.

5. Christian Pulisic has 4.5 million followers on Instagram, he is also the fifth most-followed Chelsea player and the most followed United States men's football player on Instagram.

Pulisic was a key part of Chelsea's Champions League-winning squad last season and he also became the first-ever American to win club football's most coveted prize.

He has huge fans following him on Instagram because of his achievements which also motivates other young Americans to play football.

4. Hakim Ziyech has 4.9 million on Instagram and this makes him the fourth most followed player in the current Chelsea squad. 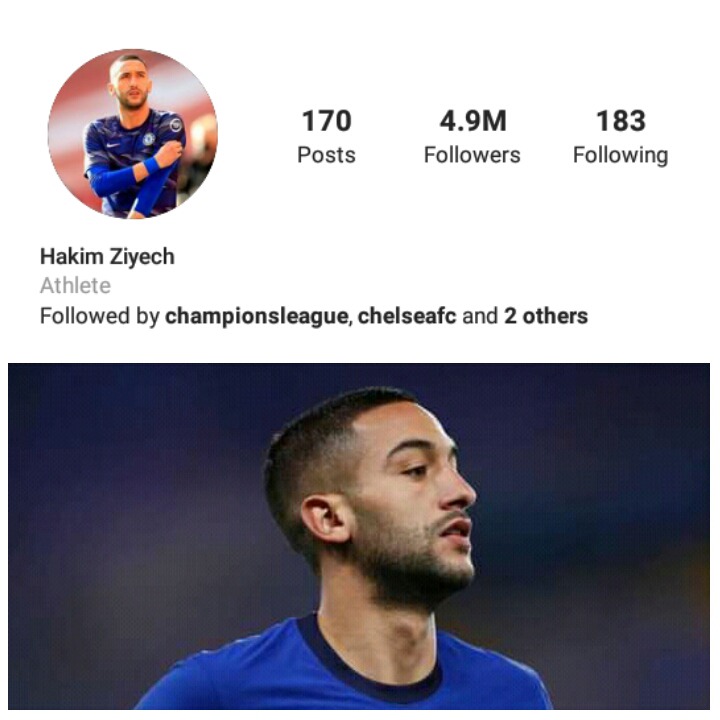 He has not been able to enjoy his stay with the Blues since he was signed by Ajax due to injury but with this season, his fans expect more from him including showing them what he is capable of this season.

3. Romelu Lukaku has a fanbase of 8.3 million followers on Instagram and he is also the most expensive signing this season. Lukaku is the third most followed Blues player on Instagram and also one of the best strikers in the world right now.

Lukaku has used Instagram to speak on a lot of social issues including racism and he is one of the most influential football players on Instagram.

2. N'Golo Kante has 11.9 million followers on Instagram because he is undoubtedly one of the best midfielders in the world. 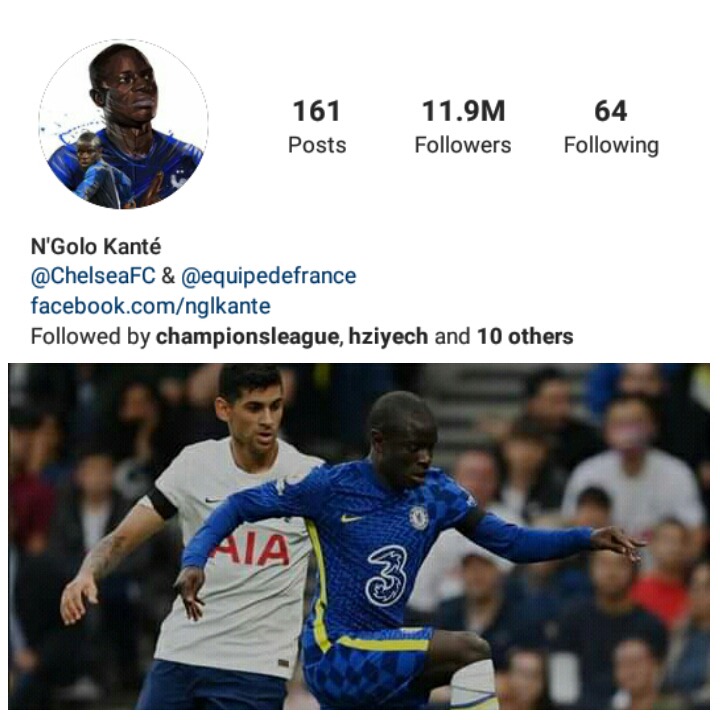 Kante is also the only second player to win back-to-back Premier League titles with two different clubs and since then, he has been supporting Chelsea's midfield.

Kante hardly stays active on Instagram and yet his fanbase keeps growing every day. 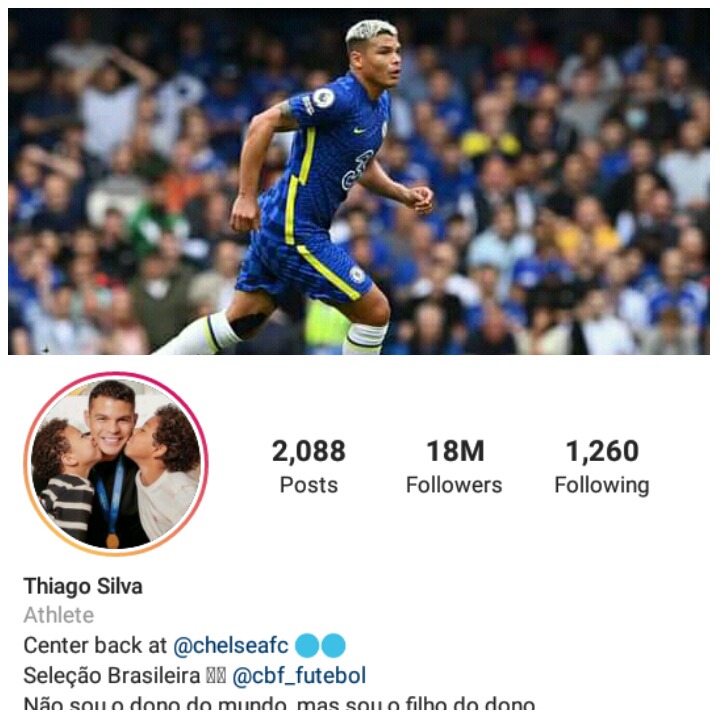 Unlike Kante, Silva is very active on his Instagram account and posts daily videos and photos for his followers on Instagram, whether he is at work, spending time with family, or having post-match thoughts, Thiago Silva always posts on social media to get his full activity.